So I went to this Jackie Robinson documentary preview the other night.

You know Jackie Robinson, don’t you?  If you’ve ever dabbled in competitive sports, read this occasionally, sport-related website and/or are a human being with a conscience, then you better damn well know who Jackie Robinson is.

He’s the player who broke baseball’s color barrier.  He was the first black man to play in the major leagues, acceptably.  He’s the reason there’s a big number 42 on the outfield wall of every ballpark in the majors.  He’s the face, body and purpose of racial integration in professional sports.

He’s Jackie Robinson.  He played for the Brooklyn Dodgers.  He kinda stole home a few times, both literally and figuratively.

Ken Burns has released a documentary on the man.  It will be worth watching.  And it will air on a PBS station soon near you.  Pay attention to details. 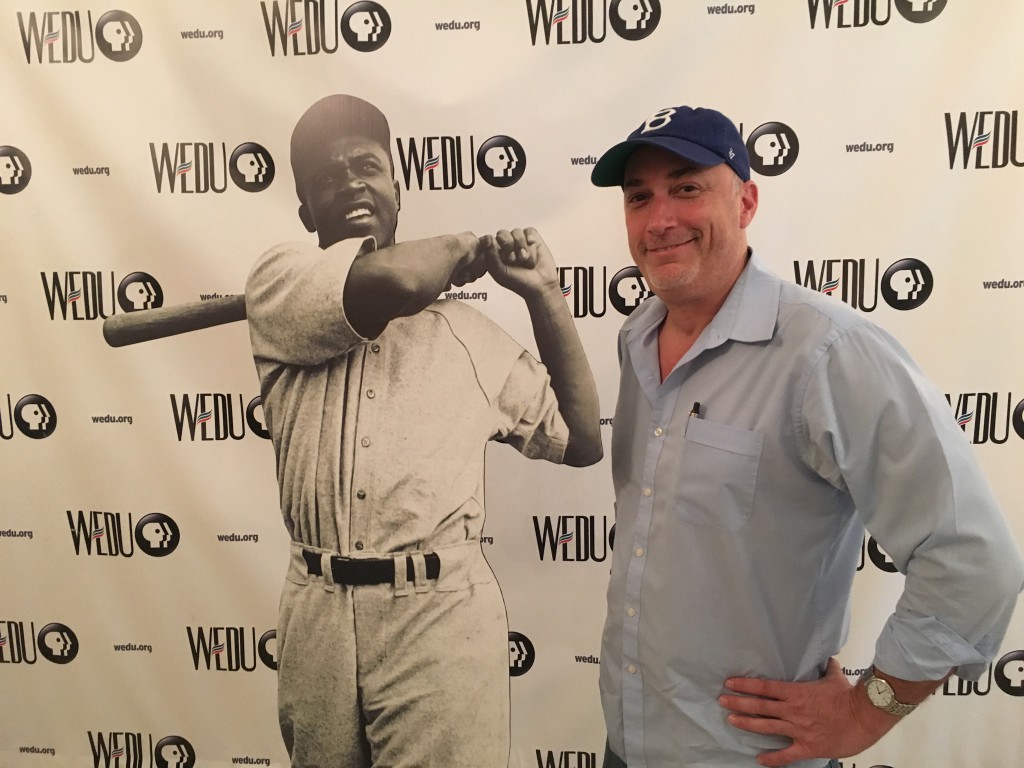 I had the pleasure of seeing a sneak preview of Mr. Burns’ documentary.

An hour later I was called in to work.

While I watched snippets of the film with a select few, an historic building blocks away from where I work was burning down to the ground.

The building that struck fire was an Ybor City mainstay.  It didn’t actually crumble.  Local firefighters, along with the help of some crafty, old school architecture, did their best to maintain the damage.

The building that set fire housed a club called the Amphitheatre.  Fortunately, it was closed and vacant for the evening.

Over the years, I’ve known several friends that have worked there.  It wasn’t a black club.  It wasn’t a white club.  The burning of this building was not racially motivated.  The fire that ignited within had nothing to do with our past.  By all initial accounts, the fire was as accident.

It still does.  Fortunately, it didn’t tonight.

I don’t mean to turn our attention away from a documentary that you should watch.  The irony of tonight’s fire, however, could not be ignored.

A building burned.  Passersby looked on.  Those of generations past mention Jackie Robinson as the first black man to again, literally and figuratively, play ball.  He was a rock solid foundation of our nation’s past.  Not acknowledging this does us all a great injustice.

Despite a raging fire, a building that stood even before Jackie hit the majors still stands.

It turns out history may teach us something after all. 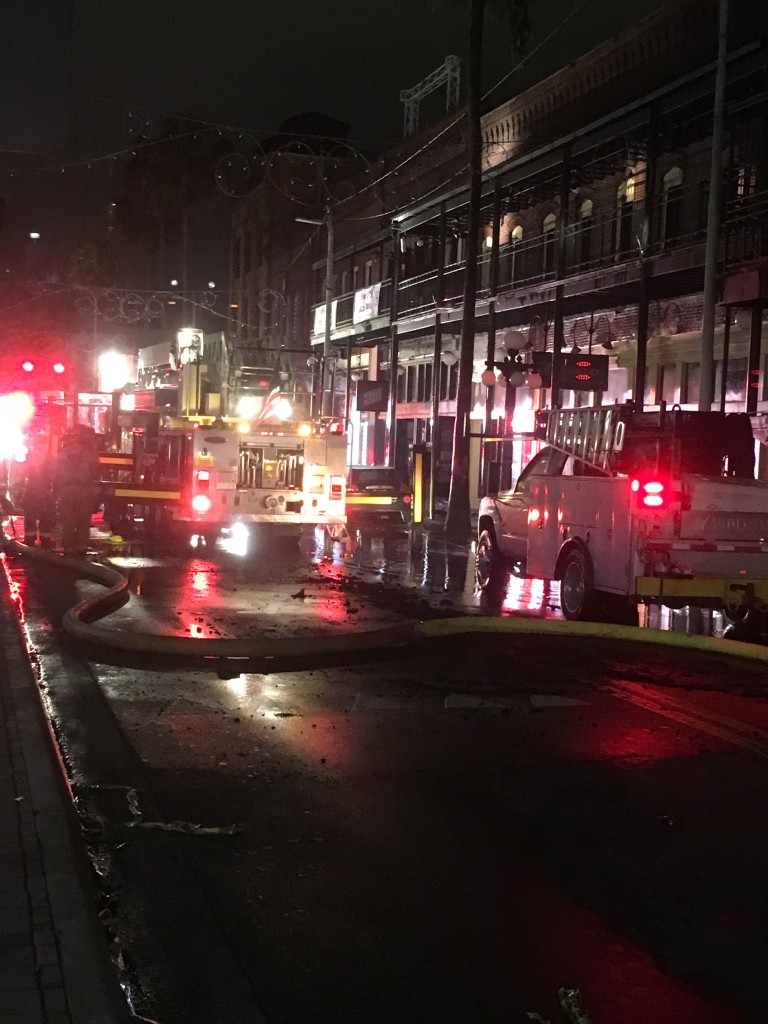 After smelling the smoke, and watching firefighters black and white, male and female, do their jobs to keep things intact, I couldn’t help but be reminded that this was one of those full days, the kind that make you think, the kind that make you remember you’re alive for a reason, the reasons that shake you into thinking that what’s going down in the present is inextricably linked to our past, regardless of intent, perhaps just from circumstance.

Jackie Robinson’s brother finished second to Jesse Owens in the 1936 Berlin Games in front of a not so adoring Adolf Hitler.  Ken Burns’ documentary will remind you that the elder Robinson then came home to find gainful employment sweeping the streets.  It was the only work he could find.

He did so proudly in his Olympic jacket.

His far more famous brother endured far more than you or I will ever comprehend.  These are more stories you’ll learn about in the documentary.

Things have changed a lot since the days of Jackie Robinson.  Some things remain the same.

These lessons, both past and present, are not lost upon me.  For I, am aware.