I woke up late Sunday morning needing a relaxing day in front of me.

I had worked tirelessly for eight of the 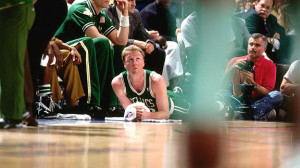 So I took the two books I’m currently entrenched in out to my neighborhood pool for some all-natural Vitamin D.

All was fine and dandy, sun a-blazing and birds a-chirping, until I heard a guy from the apartments above blasting some techno music out of his patio doors.  This was about two o’clock in the afternoon.  I thought to myself who the hell jams to EDM (electronic dance music) at that hour, unless of course they were still going strong from the night before.

What was even more abhorrently sacrilegious about his choice of music, aside from the fact that it was soullessly electronic in and of itself, was that it sampled both Led Zeppelin and Yes.  So aside from the incessant aunce aunce that was making my ears hemorrhage on a relaxing, sunny afternoon, I was being subjected against my will to Robert Plant’s likely unlicensed and most certainly, inappropriately placed “Gonna Give You My Love” over… and over… and over again.

I left as soon as my tan lines outweighed the unbearable beats from above.

I came back to the comforts of my quiet home to find a hysterically tasteless and musically-related hashtag trending on Twitter.

At least it took my mind off the aunce aunce.

These, my friends, are the reasons you need a Twitter account, for no other reason than to spend time thinking creatively and making others laugh.

Ladies and gentlemen, I proudly present the sick and twisted minds behind #FakeRockAndRollFacts. 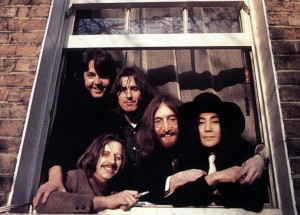 #FakeRockandRollFacts Ono is not Yoko’s real last name. It’s what the other Beatles said when they met her.

#DonaldTrump was the inspiration behind Pink Floyd’s The Wall. #FakeRockandRollFacts

Foreigner knew what love was THE ENTIRE TIME. #FakeRockandRollFacts

They only say “All you need is love,” because they assume you’ve already had #coffee. #FakeRockandRollFacts

#FakeRockandRollFacts Nickleback is a great band. 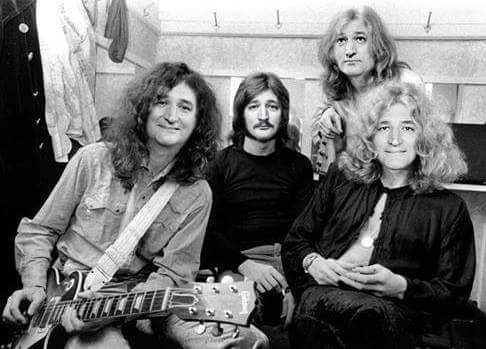 Before every gig, Mick Jagger makes himself a simple soup with some bread.

It’s only stock and roll but he likes it.

Scientists discovered that listening to Rush postpones losing your virginity by 5 years.  #FakeRockandRollFacts

#FakeRockandRollFacts The members of KISS actually only like to hug.

Joan Jett and the Blackhearts all died of smoking related diseases in the mid 90s. #FakeRockandRollFacts

#FakeRockandRollFacts George Michael once opened for Elton John. And I’m not talking about a concert

American Pie was actually made in Japan. #FakeRockandRollFacts

She didn’t really shake him all night long; it was more like 3 or 4 minutes. Then he fell asleep. #FakeRockandRollFacts

Pete Best has no regrets #fakerockandrollfacts