As sports fans, we like to sit in the stands or in front of our television sets and believe everything we’re watching is real, that the players we adore are giving it their all and the franchises we’ve loved unconditionally for so long are as dedicated to winning a championship as we are dedicated to them.

That all sounds kind of silly, doesn’t it? 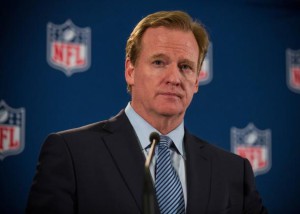 Winning might cure all ills but each and every professional sports franchise is looking to turn a profit.  After all, they have light bills to pay too.

One would think that the NBA, NFL and Major League Baseball are doing fairly well for themselves.  I mean, NFL Commissioner Roger Goodell made $34 million last year and he’s a buffoon.  Major League Baseball, a sport which most of us consider not as watchable as it’s been in the past, reported record revenue last year.  If sports leagues were doing so poorly financially, we wouldn’t have athletes in strip clubs ‘making it rain’ with the frequency of which Portland actually gets rain.

The almighty dollar drives most everything in this country.  That includes professional sports.  Advertising dollars decorate stadiums and the contracts they negotiate for those rights are beyond most of our comprehension.

But we’d never expect IBM to place an ad on a Yankees uniform.  Apple is one of the most lucrative stocks and companies in US history but we’re not about to see them place their logo on a Steelers helmet.

That would be sacrilegious.

Well, for years now, the NBA powers that be have been flirting with putting advertisements on their jerseys, like soccer uniforms, and golf shirts, and tennis gear and NASCAR cars and uniforms. 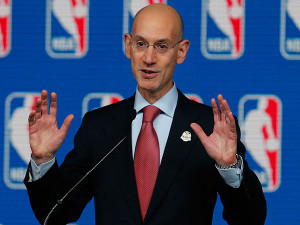 Channeling his inner Stern, Commissioner Silver is doing his almighty best to calm the purists by saying things like “it’s only a little patch” and that “this isn’t going to affect competition.”

Silver is smart enough to get the point.  So are we.

This is about money.  And as much as I get that, I can’t help but think this isn’t the league selling out.

Is Coca-Cola now going to sponsor your Atlanta Hawks or General Motors your Detroit Pistons?  I’m pretty sure they already dump a hell of a lot of money into those teams.  I don’t need a constant reminder of that every time Andre Drummond dunks a basketball.  Chico’s Bail Bonds sponsoring the Bad News Bears is one thing.  Sears sponsoring the Chicago Bulls is quite another. 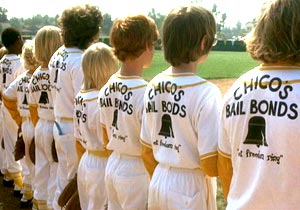 Is the league hurting for cash so much that it needs yet another glaring, if not offensive, source of revenue?  How much is a “sponsor” paying for that space and who’s getting all that money?  For example, what percentage is the players association getting?  What percentage are owners getting?  When does the madness end?

I’m trying my darnedest not to sit on my high horse.  After all, this website posts sponsored articles.  One could make the argument that they dilute the content.  (Of course one could also make the argument that the content of this site is already pretty well diluted.)  But this website also isn’t a multi-billion dollar industry (yet).  This website doesn’t draw millions of adoring fans a year spending their hard earned dollar on swag (I’m just shy of that number).  And I have turned down offers that I feel don’t adhere with my general sensibilities.

I guess the question is does the league selling advertising space on its uniforms compromise the integrity of the sport, regardless of what particular line of bullshit the Commissioner and the owners he represents are trying to feed us.

I’m trying not to make a big thing out of this.  After all, NASCAR is one of the most watched sports in this nation and you can barely find a blank space on either a driver’s uniform or his car to stick another iron-on patch.  So what’s the big deal about LeBron walking around with STP on his headband? 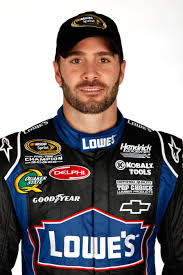 I’ll tell you what the big deal is.

In those other sports, companies sponsor players, not franchises.  Companies sponsor Roger Federer, Phil Mickelson and Jimmie Johnson and before you go throwing soccer out as an example, let’s talk about a sport Americans actually watch.

Something just seems amiss about the whole thing, like a league trying to squeeze every last dime it can.  Isn’t the NBA charging exorbitant amounts for ticket prices, not to mention what it charges for paraphernalia, food and beer within the stadiums, along the television and advertising revenue it already brings in?  Is that not enough to cover expenses?  Correct me if I’m wrong but I’m not the one who told Houston to pay $22 million for Dwight Howard.

I think there comes a time when owners, players and all those responsible for making these decisions can get together and say “Ya’ know what?  The x billion dollars we’re making a year is enough.  We can continue to grow the game but not by sacrificing certain core values.”

Heck, everything else in your NBA arena has a logo on it.  Shouldn’t there be some things that remain strictly NBA.  Is the brand strong enough to stand on its own?

All the NFL does is talk about ‘protecting its shield.’  Players get fined for wearing Breast Cancer Awareness apparel that doesn’t coincide with the league uniform.  The NBA doesn’t make nearly as much money as the NFL but can you imagine the NFL breaking down and putting a sponsor on its uniforms?  That would be the ultimate sell out.  With the NBA considering this, however, how far away can other sports be if this proves to be a successful business model?

Maybe a little patch here and there isn’t that big of a deal.  Maybe it doesn’t aggressively symbolize that the sport is more about making a buck than anything else.

Or maybe this is just the next domino to fall.

19 Replies to “NBA sells out uniformly”