This is hardly an original concept.

The television show Survivor made it popular many moons ago.

I never watched the show, or maybe I did once against my will, but I’m pretty sure it wasn’t the first elimination-style game show to appear on television.  It was, however, the first to show its annoying line up of contestants dressed in nothing but a grimy, loin cloth.

Survivor’s lingering claim to fame is that it brought the catch-phrase “vote ‘em off the island” into our everyday vernacular.

Well, there are a few people in the sports world these days that I’d like to vote off the damn island or better yet off the planet if we can make that happen.  So let’s have a little fun with those athletes who I’m pretty sure we’ve all had a little too much of these days.

I can’t believe I’m still writing about this guy.

It’s gone well beyond the point of expecting to see this kid end up in either a hospital gown or prison uniform.  Seriously, we have musical icons dropping like flies and this putz is bouncing from nightclub to nightclub with both his liver and our tolerance running on E. 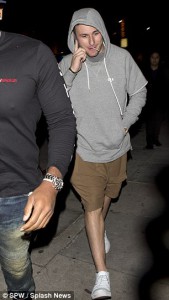 Even Drew Rosenhaus, the manwhoriest of all sports agents, dropped this guy within a week’s time.  You have to be some sort of special to make us feel even the slightest bit of remorse towards the soulless one they call Rosenhaus.  Our boy Johnny is special and then some.  As I Tweeted earlier this week, if Johnny Cochran refuses your case, you know you have a loser.

Seeing Johnny Manziel on a desert island with the rest of our contestants would be fun just to watch him dry out slowly and painfully.  “What do you mean there’s no bar on this island?!?” he’d mumble into the camera as we’d all watch Johnny Detox sweat harder than he ever did on a football field, rushing violently to open whatever treasure chest was delivered each week just to see if there was a bottle of booze hidden somewhere inside it.

I think we can all agree shipping Johnny off to sea or perhaps stuffing a miniature version of him into a liquor bottle and tossing it out to sea would do humanity just fine.

Of course TMZ would have to cut half its payroll but that’s probably for the better anyway.

There was a time when Curt Schilling’s personal blog was entertaining, kind of like that crazy drunken uncle at family gatherings.  You never know what he’s going to say or who he’s going to offend next.  Schilling, the latest sports personality turned analyst to receive the boot from ESPN, has gotten to the point where now he’s just saying things to get a rise out of people.  His senility is settling in nicely. 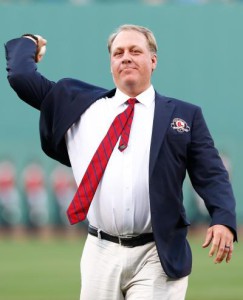 His latest, not even well-intended, rant was about transgendered people and restrooms as if anybody gives a damn what some overly-opinionated, retired Major League pitcher with a website has to say about anything.

Seriously, it’s not like some journalist who already knows Curt’s stance on things, asked him “Hey, Curt. How do you feel about x?”  No, Curt just took to his typewriter and pasted his opinion all over the internet.  The next person to give a shit about what Curt Schilling has to say about anything will be the first.

I can think of nothing more entertaining than sticking Mr. Schilling on an island with a bunch of crossdressers and only one men’s room, so they can all fight about leaving the seat up.

The journalist who asked Kevin Durant, who is in the middle of a playoff run, if he’d consider playing for the Washington Wizards next year because they hired his ex-coach Scott Brooks

I was raised by a journalist.

Even though I never wanted to follow in her professional footsteps, she’d routinely warn me to stay away from field, mostly because it didn’t pay worth a damn.  She did, however, pass along many old school journalistic principles. 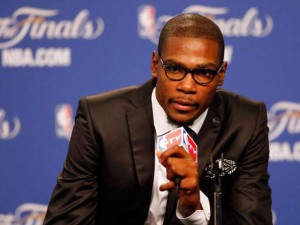 One of those principles, which the douchebag who asked Durant whether he’d consider leaving Oklahoma City to go play in Washington has obviously failed to learn, is not to ask inane and irrelevant questions.

This summer, Kevin Durant will become the most coveted free agent on the NBA market.  The generally soft-spoken and insanely talented Durant will make whichever team he joins an immediate contender.

But his current team is smack dab in the middle of a playoff run.  After they best the Dallas Mavericks, which they should, they’ll be staring at a next-round matchup against the San Antonio Spurs.  They’re kinda good.  If they’re lucky enough to beat the Spurs, a series in which they’ll be substantial underdogs, the Golden State Warriors will likely be waiting.  They’re kinda good too.

So while Kevin Durant’s future in Oklahoma City is a huge question mark, I’m pretty sure right now he’s not thinking about where he’s going to be playing next season but rather his next opponent.

If there were only a way to pass journalists through some sort of metal detector before they enter a locker room, the kind that would go off if it detected an inappropriate question forthcoming.  Ask the wrong question and be magically transported to our island of outcasts.  Yea, that would be something.

I say put the journalists who ask these questions on the island so the only people they ask stupid questions to are the only ones qualified enough to answer them.

Sam Bradford and the Philadelphia Eagles or both

Sam Bradford isn’t happy.  His new team, the Philadelphia Eagles, just traded away a whole bunch of draft picks (five to be exact) to the Cleveland Browns for the second pick in the upcoming draft.

That indicates to him, and to pretty much everyone else, they’ll be drafting his eventual replacement.

If draft history has proven anything, it’s that a) mortgaging your future by trading away multiple picks to land one player is a BAD move and b) the Cleveland Browns rarely get the better of anybody.  Well, folks, Christmas has come early in Cleveland because both of those things just happened.

When teams do make the mistake of trading multiple picks for one, they generally want the rights to a high profile, skill player in return.  I’m no Mel Kiper (thank goodness) but odds are the Eagles didn’t trade away three years of draft picks to select an offensive lineman.  Odds are they want a quarterback.

And that makes Sam Bradford cranky. 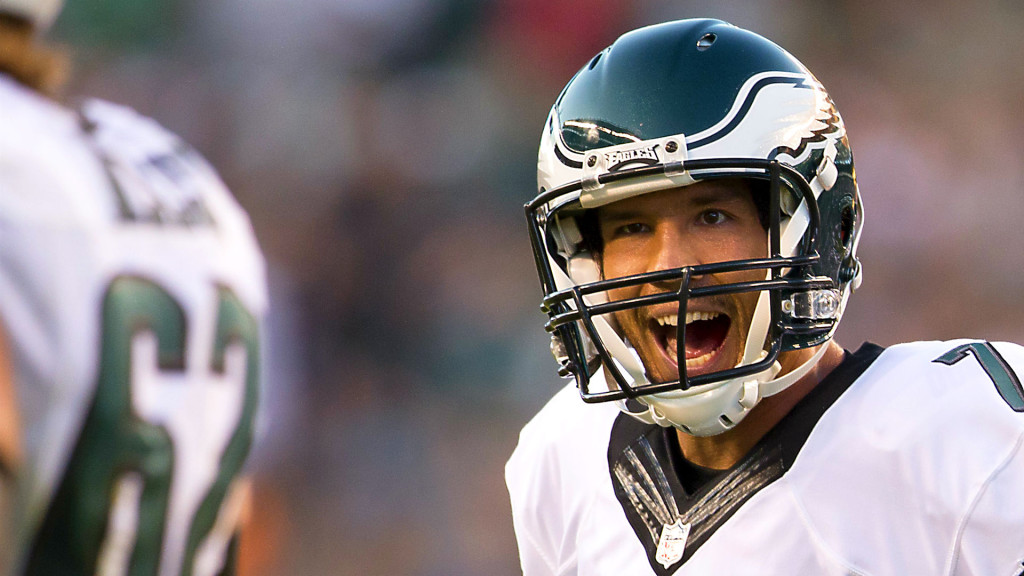 One media outlet is reporting that Bradford is asking for a trade, not that he has a leg to stand on, or at least one that hasn’t been operated on.  You can’t very well blame the Eagles if they don’t see Bradford as their long term solution.  He’s routinely injured and hasn’t finished above .500 in any of his five seasons, even though that’s not entirely on him.  He’s played for some sucky teams.

However, every team outside of New England, Green Bay, Carolina, Seattle and perhaps now Tampa Bay has a potential opening at quarterback.   Sam Bradford does not play in one of those cities.  If he did, he wouldn’t be playing at all.  He’d be riding the pine with his mopey, little millionaire self, likely complaining about playing time and yes, demanding a trade.  I wouldn’t mind hearing Bradford complain about the pick if he had in any way earned his stripes.  But he hasn’t.  Even if Philly does draft a quarterback at number two, it’s still likely Bradford will start as long as he’s competent, and healthy, enough to do so.

Bradford’s bitching warrants his own personalized invitation onto our island.  That way, the only quarterback he’ll have to compete against is Johnny Manziel.

Every single candidate in this presidential election

Rarely do I talk about politics on this website but this is the least inspiring batch of candidates running for president I’ve seen since I’ve been old enough to vote… and that’s been a while.

We have one kooky liberal who if elected (which is highly unlikely) won’t be able to get a smile past Congress, another more qualified candidate who not a single person in this country trusts, another multi-billionaire who’s an intolerable clown and yet another who’s hoping his party thinks he has a better chance than the clown, which he doesn’t.

It’s really a sad state of affairs that no candidate has offered anything substantial for us to believe in.

So I say throw ‘em all on the island and turn off the channel once and for all.

The problem is, as nice as this all might sound, we just can’t do that.  Whether it’s entitled quarterbacks, overly opinionated athletes, journalists without a clue or politicians we can’t believe in, we’re already stuck on the same island with ‘em.

So we might as well lay back enjoy the sunshine.  Keeping your thumb nears the mute button might be a good idea too.

12 Replies to “The voting off”