I went to last year’s Buccaneers Draft Party.  After all, it was a big event.

The lowly (for far too long) Tampa Bay Buccaneers had earned the dubious distinction of drafting first in 2015.  I say dubious because the rights to the NFL’s top draft pick come from owning the league’s worst record the season before.

The first pick is nice to have – John Elway, Troy Aikman and Peyton Manning were all taken first – but it’s something you don’t really want because for all intents and purposes, it means you suck.

The stadium that cool, Tampa evening was filled with Bucs but more notably Florida State fans desperately wanting the Das PewterGlazers to take the charismatic kid from up the road.  Despite his newsworthy and potentially troublesome past, Jameis Winston had also led his team to a national championship. 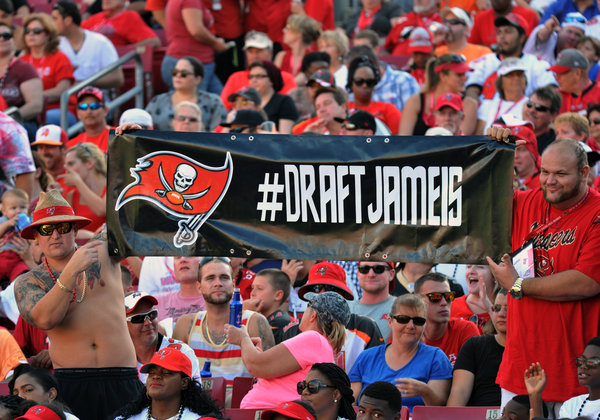 After much deliberation, how much we may never know, the Bucs selected Winston.  After one season of play, it looks like they made the right choice so much so that drafting early, or at least not drafting THAT early, is no longer an issue.  This year, the Bucs had the number nine pick.  While there is generally still talent at that position, the number nine pick doesn’t bring with it the hoopla of a number one.

So while this year the Buccaneers organization hosted another draft party at Raymond James Stadium (does every franchise do this?), the event wasn’t quite as celebrated as the year before.

Luke of the Perfect Hair (you may remember him from Taffer night) had tickets to the event which included the standard benefits that come with such an affair: free popcorn, overpriced beers, a tremendous amount of second-guessing and a lot of bad Jon Gruden impressions.

When you’re a team that’s been as irrelevant as the Bucs have been (five straight years finishing at the bottom of the NFC South), draft picks are still a big deal.  And while listening to fans groan about who their team selected sounds like a fun time, I politely declined my friend’s offer, opting for the beach instead.  It had been far too long that I watched the sun set along the coastline.  Besides, I really look forward to the day that the Bucs drafting early is no longer celebrated.

It turns out that LotPH could not attend the draft party either because of a scheduling conflict.  Flogging Molly was performing in downtown St Petersburg, a few miles away from where I had planned my beach getaway.

It turns out TicketMaster Luke had an extra pass to get into the concert hall as well.  I like it when a plan comes together.

Draft days are generally filled with bad decisions.  Dropping the draft party for the concert was not one of them. 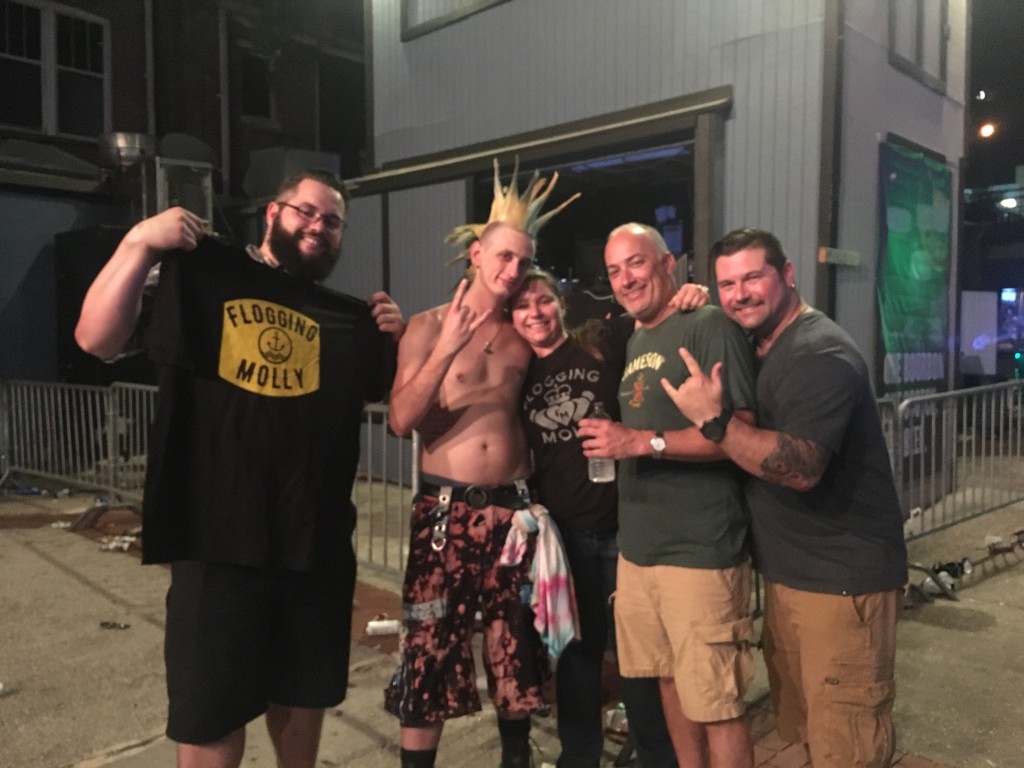 If you’ve never heard of Flogging Molly, you haven’t spent much time in an Irish pub.  If you do spend time in an Irish pub and still haven’t heard of them, the brew master/deejays behind the bar aren’t doing their jobs.  Flogging Molly is best described as an Irish-American Celtic punk or folk punk band.  Their sound is uniquely Irish and their concert, well, let’s just say there’s a little bit of Guinness and Jameson floating around.

The venue was packed with over 2,000 dancing fans, all of whom could care less about Laremy Tunsil suddenly becoming a household name.

This, my friends, was a draught party.

In the end, the Buccaneers got their man, selecting star cornerback Vernon Hargreaves III from the University of Florida, along with a few other players they picked up in the later rounds.  Some, like defensive end Noah Spence out of Eastern Kentucky or kicker Robert Aguayo out of Florida State, should make an immediate impact.  Aguayo definitely will since the Bucs just released their old kicker.

I guess my point is New England Patriots fans don’t sit around wondering how the draft will make them better.  Jets fans do because their team perennially sucks. Unfortunately Tampa Bay fans are closer to the jeering New Yorkers than the cheering New Englanders.

And so we wait for the day our pick just isn’t as important.

Don’t get me wrong.  Draft picks are crucial to building a successful foundation.  So is taking time to listen to the music.