This Is Your Brain On Sports is like no other sports book you’ve ever read.

Generally speaking, most sports books are biographies about legends or drawn-out depictions of a specific game, season or event.  Brain On Sports is none of those and that’s just one of the things that makes it such a fascinating read.

Co-written by L. Jon Wertheim and Sam Sommers, This Is Your Brain On Sports is about the psychology of sport, why athletes react in certain ways to certain stimuli and… why fans do as well.

Have you ever wondered why the best players make the worst coaches, why so many quality coaches get fired year after year or why fans go crazy over t-shirt cannons?  Wertheim and Sommers did.  This book is the result.

The absurdities, irrationalities and misconceptions that fly in the face of conventional wisdom, only because we’re sports fans, these are the oddities for which the authors seek a rational, if not scientific explanation.

What’s most interesting and certainly applicable about their findings is that these behaviors hold true in most walks of life.  “As outlandish as sports conduct might seem, it is rooted in basic human psychology, neuroscience, and cognitive tendency.”

If that sounds a little heady, fear not.  While the book does get scientific at times, it doesn’t so much that it’s unreadable.  On the contrary, it’s hard to read the book and not begin to analyze your very own behavior.

Why do we go nuts for t-shirt cannons, why we root for underdogs, why Richard Sherman went loco on Erin Andrews, these things are all easily explained.  And you’ll be happy to know they also dispel the old myth about not having sex before a big fight.  Yo, Adrian! 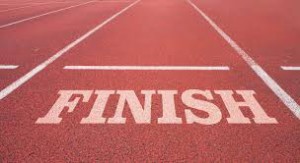 Despite the scientific nature of the book, the studies within it are quite human.  One needs look no further than the case study of New York Giants players who attended a local boy’s bar mitzvah, why the finish line is so motivational and why we carry within ourselves a rather, flexible moral compass.

It’s impossible to read this book and not apply its findings into more business or personal applications, which I believe is the authors’ intent.  By flipping through its pages, you’ll learn loads about yourself and others.

If you’re a business owner or in any way rely on people’s behavior as part of your well-being, Brain on Sports is an invaluable and highly entertaining read.  And even if you’re just an average sports fan who likes to look at sports a little differently than others, this book will get you thinking about why we do the things we do and why athletes do as well.

“There are rational underpinnings for all the supposed craziness and unusual behavior that sports seem to trigger.  It’s because sports = everyday life: the rivalries, the rationalizations, the striving for finish lines. Sports are familiar, they are ubiquitous, they are eminently human.  Unlocking the mystery of human consciousness is like so much else in life all about sports.”

This is Your Brain On Sports is like no other sports book you’ve ever read.  You should probably read it and find out why.

10 thoughts on “Book Review: This Is Your Brain On Sports by L. Jon Wertheim and Sam Sommers”