I’ve had a few of you write in lately and ask me to chime in on the NBA playoffs.

Considering a) I’ve been working a ton, b) the playoffs are just now starting to get interesting and c) I’ve actually spent more time watching the Tampa Bay Lightning’s playoff run (we’ll make a hockey fan out of that kid yet!), I haven’t had as much time to dive into the NBA post-season as I’d like.

But since you asked…

To be honest, I’m not as surprised as the rest of you.

One reader called it a San Antonio collapse.  I saw it more as them getting flat-out beat.

The Spurs lost only one game at home all season and yet Oklahoma City waltzed right on to San Antonio and beat them twice in the same series.  The odds were against that but common sense wasn’t.

Match-up wise, this was a bad series for the Spurs.  I read a Sports Illustrated article about Russell Westbrook last year.  The author of the article asked teammate Nick Collison what he thought of Westbrook, to which he gave perhaps the best response about a professional athlete I’ve ever heard.  Of Westbrook, Collison said “his give-a-fuck level is very high.”   Ain’t that the truth! 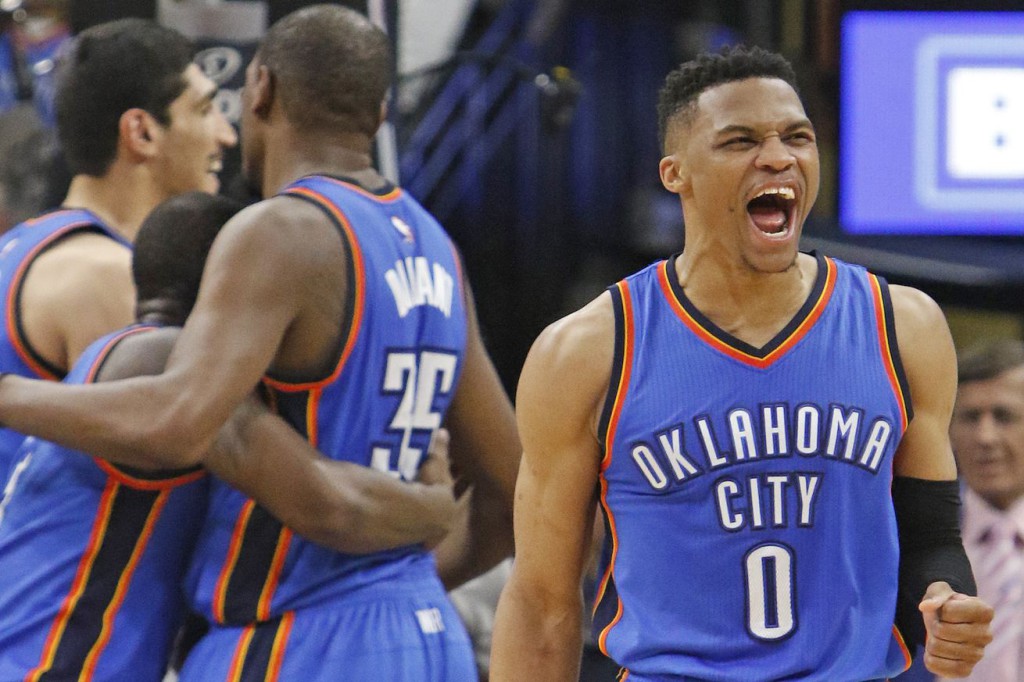 Westbrook plays like a man possessed on your average day, never mind the post-season.  His Game One line against Golden State included 27 points, 12 assists, 7 steals and 6 rebounds.  His running mate Kevin Durant, who for some inexplicable reason ESPN.com ranked the 8th best player in the league this pre-season, isn’t bad either.  Ranking Durant 8th is like saying “The Godfather” was a pretty good movie but I digress.

Despite their successful regular season, San Antonio is a team in transition, a bizarre blend of old school and new.  What they lacked, however, was the hungry.  Oklahoma City has that.  The fact that Tim Duncan can barely jump anymore didn’t help much either.

I’m not ready to slam the Spurs’ window shut just yet (we do that every year) but clearly they recognize changes must be made.  Duncan, Parker and Ginobili are all on the dark side of thirty and what’s worse, they’re playing like it.  Winning 60 games in the regular season is a feat but it doesn’t mean a thing if you can’t win 16 in the post-season.

So no, I wasn’t surprised that the Thunder survived and advanced, however…

After Game one of the San Antonio-Oklahoma City, I prematurely Tweeted “Billy Donovan, meet Gregg Popovich.”   The Spurs had just beaten the Thunder by 32 points.

Well, Billy Donovan is currently having the last laugh.  His Thunder just won four straight against both San Antonio and Golden State.  I’d say Coach Donovan is adjusting quite nicely to life in the NBA. 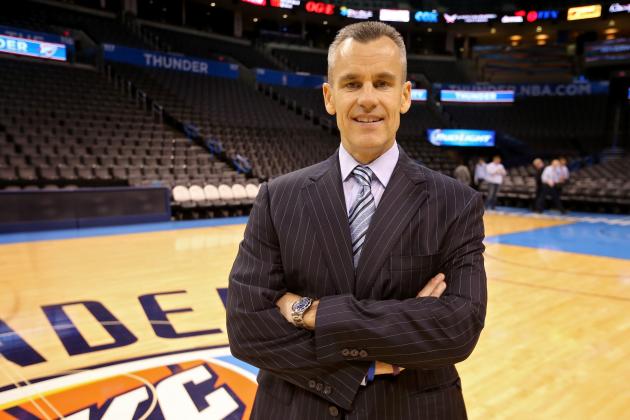 To put things in their proper perspective, San Antonio and Golden State went a combined 79-3 on their home floors this season and the Thunder have won three post-season games in those two arenas in the past two weeks!

Back to Westbrook, the last thing anyone with a sore knee wants to do is cover that guy.  Despite Steph Curry’s uncanny 17 overtime points in his first game back from injury, having to cover a determined Russell Westbrook for forty-eight minutes is an entirely different animal.

For the record, it WOULD surprise me if Oklahoma City went on to win this series and advance to the Finals but when you have two of the best four (or best eight according to ESPN) players in the world on your team, I suppose anything is possible.

And they’re showing us that right now in front of our very eyes.

Don’t look now but Cleveland is quietly embarrassing opponents, sweeping both the Detroit Pistons and Atlanta Hawks.  While most of us expected Golden State to run through the playoffs, it’s actually Cleveland that looks unbeatable.  And while Golden State and OKC beat up on each other, I don’t foresee Cleveland having much of a problem with Toronto, as witnessed in Game One.

Kyrie Irving and Kevin Love are both healthy and there’s no more talk about the Big Three not getting along.  In fact, in Tuesday night’s post-game presser, LeBron James and Kyrie Irving looked downright chummy.  Winning sure does cure a lot of ills. 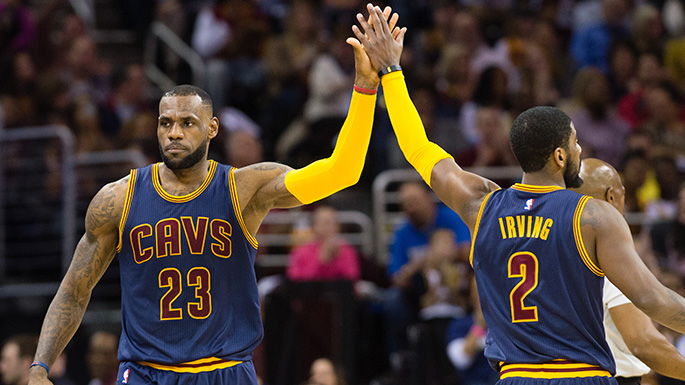 They may be a wee bit tested in the Toronto series but their big test will be when they face the winner of OKC-Golden State.  Toronto is just another appetizer before the main course.

The Indiana Pacers decided not to renew Frank Vogel’s contract making him the hottest coaching commodity on the market.  He’s already been linked to New York, Orlando and basically every other team with a coaching vacancy and some common sense.  (Wait, that would exclude New York.)

The Orlando gig came open when Scott Skiles, a former Magic player, decided to up and leave the franchise, citing philosophical differences with management and his inability to connect with players of a younger generation.

Some kids came into the bar the other night.  We got to talking about music.  They mentioned the name of some young artist who I didn’t recognize.  I played it on the iPad.  It was no Marvin Gaye but it certainly wasn’t horrible.  So I played them some Marvin Gaye.  They liked it.  See, coach?  Kids aren’t all that tough to communicate with.  Plus I’m pretty sure post moves and solid defense techniques haven’t changed all that much over the last twenty to thirty years.  Teach and overcome.

Personally I thought Skiles going back to Orlando was the boost they needed to become a playoff contender.  Old school meets new.  It didn’t work out that way. 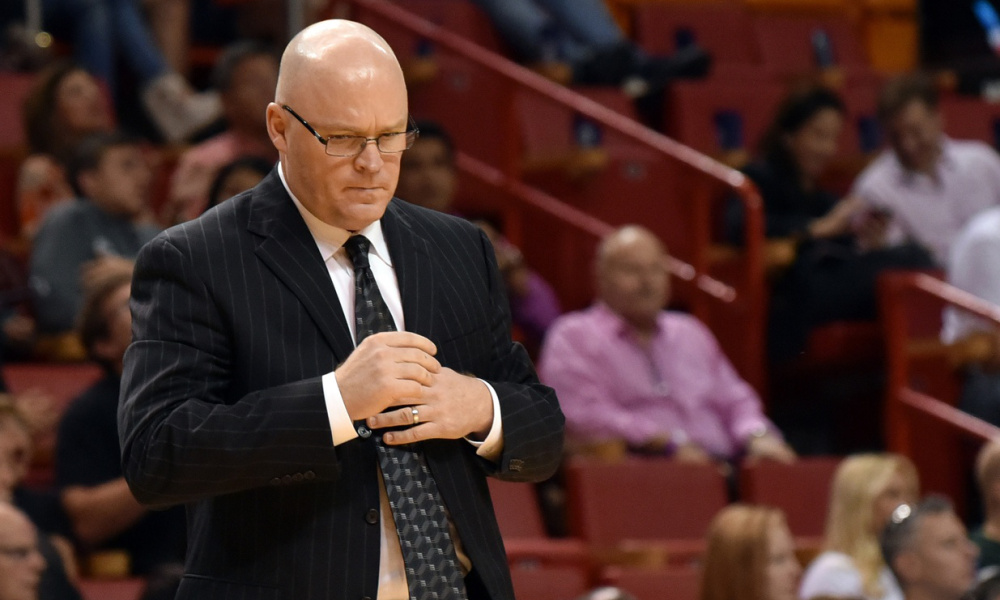 Scotty Brooks, who was fired by Oklahoma City last season and replaced by Billy Donovan, has landed in Washington.  And on the sidelines calling the games for ESPN, Mark Jackson is still bitter about being fired by Golden State.  Ah, the circle of life.

Two seasons ago, Jackson was fired and replaced with Steve Kerr.  The rest is history.  Kerr led the Warriors to a title the following year and the NBA’s best ever regular season, with a little help from Luke Walton, the season after that.

No one is going to cry for NBA coaches getting a raw deal.  None of them are starving.  By the end of every season, only one coach is labeled a genius.  The other twenty-nine are polishing up their resumes.

There have been a few bad calls this off-season.  So…. how exactly is this different from any other post-season in any other sport?

The refs blew about eight calls in the final seconds of Oklahoma City-San Antonio Game Two, none more glaring than the player inbounding the basketball and creating contact with the man defending him.  The domino effect of swallowed whistles that succeeded that miss only compounded the cluster that became the end of the game.  As if Gregg Popovich needed another reason to be testy with the media. 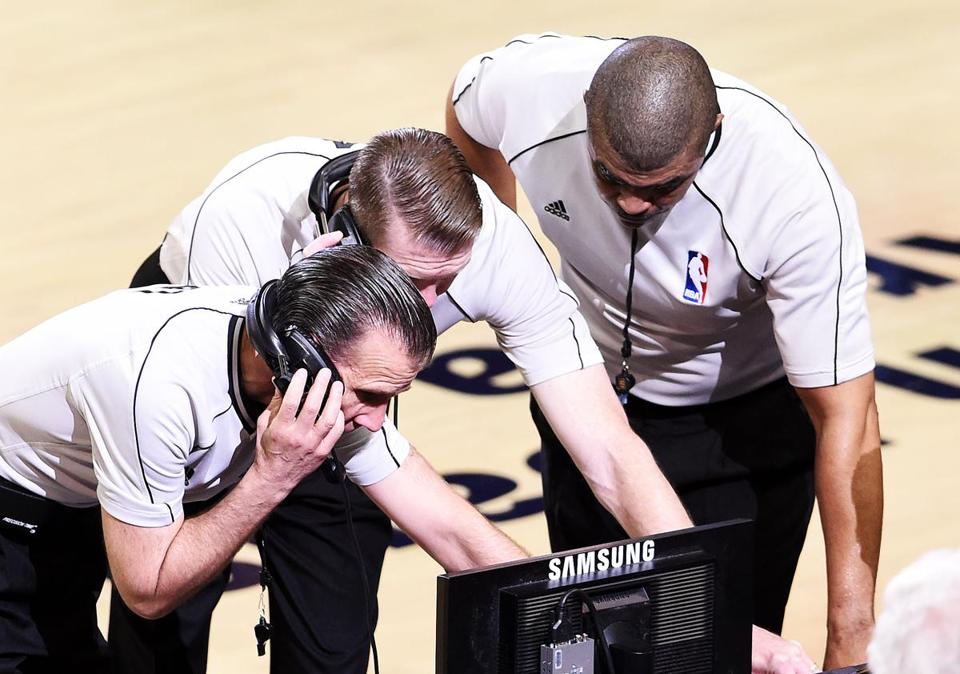 The refs also missed a key travel call in Game One of the Thunder-Warrior series.  As long as humans are wearing stripes, we are going to have mistakes.  Get over it.

If you don’t want a referee’s missed call to adversely affect the game, don’t put yourself in that position in the first place.

And finally, an insignificant war of words

Once again, the media is trying to generate news where there is none.

In case you’ve been living under a rock, you know that Steph Curry won this year’s MVP award and became the first to do so by a unanimous vote.

No one in their right mind could argue that any other player had a better season.

So what does some numbskull reporter do?  He asked LeBron what he thought about Steph’s MVP.

“Look at Steph’s numbers.  He averaged 30, he led the league in steals, he was 90-50-40 [shooting percentages from the free throw line, field and beyond the 3-point line], and they won 73 [games]. So, I don’t — do you have any debate over that, really, when it comes to that award? But when you talk about most ‘valuable,’ then you can have a different conversation. So take nothing away from him. He’s definitely deserving of that award, for sure.”

Move along, nothing to see here.  For all intents and purposes, LeBron agreed Curry should have won the award. 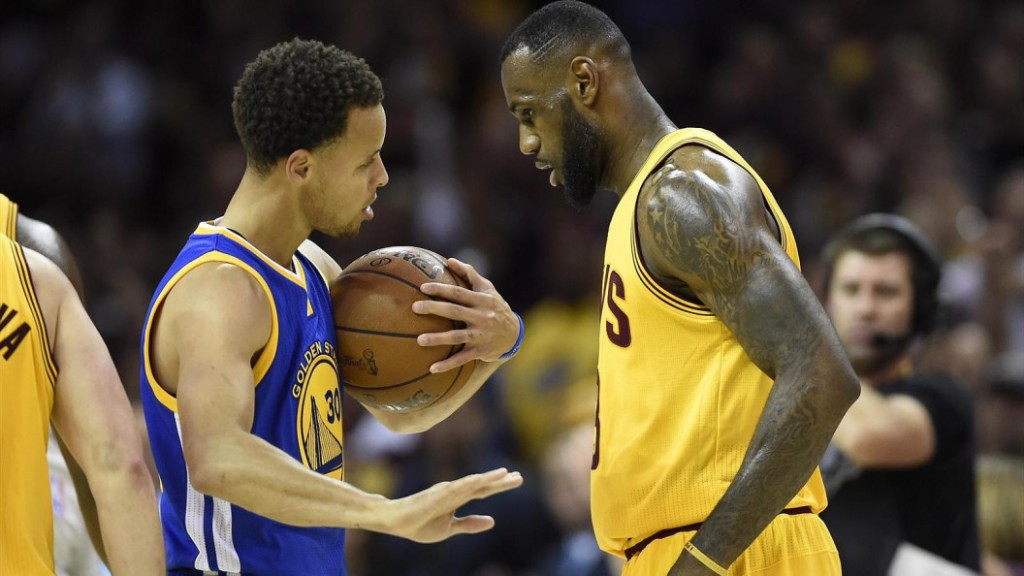 So what does another ‘journalist’ do?  He asked Curry what he thought of LeBron’s comments.

“I’ve gotten really good at ignoring people … that is the theme of the last two years. I’m all right.”

Look, if Steph plays LeBron in the Finals, again, it will be captivating television.  I don’t need some tool with a microphone and a degree in sports journalism to stir up the proverbial pot.  This is exactly why so many of us watch television with the volume turned down.

Curry had the better season.  LeBron said so.  In another week, we might be lucky enough to see which one of them has the better post-season.