–          Couple shouting to John Candy and Steve Martin as they drove the wrong way down the interstate in Planes, Trains and Automobiles

I don’t think I’m quite grasping the gist of this whole yoga thing.

I understand some of you fear this website is turning into a full-on account of my manly man, FitBit duels with Doctor Laura and the Chick-Fil-A mascot but hear me out on this one. 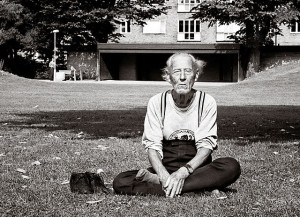 I’ve only recently started doing yoga.  I find it good for the ailing back, plus there are generally girls in class wearing spandex and twisting in awkward positions right in front of your face so that’s never a bad way to spend an afternoon.  Like any true Manhattanite, I find it nearly impossible to clear my mind of external distractions which is what most yoga instructors tell you to do during class.  Perhaps one day, with enough practice, that’s something I’ll be able to figure out.

Even more disturbing lately is my taking enjoyment from another person’s missteps which is exactly why I think I’m not getting the most out of my yoga experience.

A girl walked into class late the other day (how rude) and plopped herself down on a mat on the floor just to my right.  She was in pretty good shape but the most glaring thing about her was that she was wearing a tank top that read “Yoga is Life” or something kitschy like that. 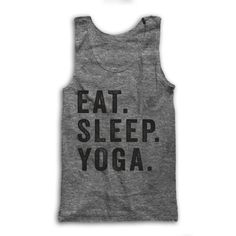 Clearly this girl meant business.  I mean, if you’re wearing a shirt that reads “Yoga is Life” into a class filled with countless others who aren’t wearing a shirt professing yoga’s overall importance to them, you obviously plan to show the rest of us what’s what.  Me?  I was wearing a Full Tilt Poker shirt but that’s neither here nor there.

I know even talking about this is in bad form but I couldn’t help myself.  All my life, everything I’ve ever done for either fun or to stay in shape, i.e., baseball, basketball, tennis, weightlifting, etc. can be considered a competitive sport.  In case you hadn’t picked up on this by now, I’m a fairly competitive fellow.  Ask anyone who’s ever challenged me to a game of Scrabble.

So, the instructor proceeded to teach the class.  She was in front of the room facing us with the twenty-some odd people in the class, including Miss Yoga, facing her.  Even though I’d taken her class before, the instructor’s been known to mix things up a bit so it’s always best to listen carefully.  For example when she says right leg here and left arm here, it can be confusing if a) you haven’t taken the class before b) you’re looking directly at her and c) you’re in any way dyslexic.

I was on point this particular day, not quite “Yoga is Life” shirt wearing special but feeling pretty damn flexible for an old Jewish guy.  I was stretching the best I could and getting my downward dog on with very few groans when the instructor told us to put our left foot down and our right foot out (and do the hokey pokey and shake it all about).  As I turned my body to the right, as instructed, I couldn’t help but notice that Miss Yoga 2016 happened to be doing her stretches in the wrong direction.  In the grand scheme of things, it really doesn’t matter what direction she was doing them in.  This isn’t synchronized swimming.  Eventually she balance things out and work the other side of her body when the yoga instructor went left-right instead of right-left.  But it still caught my eye since we were facing each other when technically, we weren’t supposed to be. 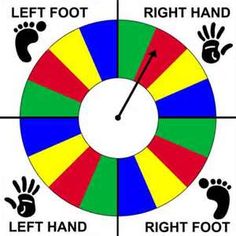 Well, the yoga instructor quietly went up to Yoga shirt girl, tapped her on the shoulder and corrected her, telling her she was going the wrong way.

And I took joy in this.

Now this is probably makes me a bad person and very un-yoga… but she started it by wearing that damn shirt to class.

I know I’m not supposed to care or even focus on anything other than what my own body is doing.  Yoga isn’t a competitive sport… or at least it wasn’t until I started taking it.  It’s designed to be a way to get in touch with one’s inner chakra or mantra or fuck, I don’t know, something like that.  I guess I’ll get there eventually.  Clearly, I am a yoga work in progress.

On an eerily related note, a guy came into the bar the other night that I recognized from middle school.  He was a total dick back then, so much so that thirty years later, I still remembered him for being a dick.  He didn’t recognize me which was perfectly fine.  But when he sat at the bar and asked me how much a pint of Guinness was going to cost him, I smiled inside.  If you have to ask, my friend, you probably shouldn’t be in the bar in the first place.  Karma wins yet again.

Maybe next time in yoga class, I’ll focus less on those around me and more on my breathing, my stretching and on channeling out those foreign distractions.  I’ll do my best to keep my competitive nature at bay.

And while doing so, I won’t be wearing a yoga shirt.