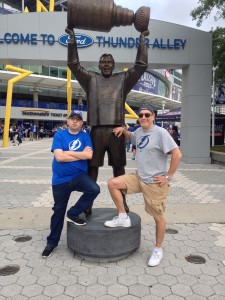 I have a hockey sensei.  You know him as Dr. Milhouse.

We didn’t talk much hockey/Lightning playoffs on the website this post-season because a) I was busy slinging drinks nightly to a thousand thirsty, rabid Lightning fans (love you guys!) and b) I was fully emotionally vested.  It’s taken a while to let that last series loss sink in but it’s safe to talk about it now.  I think.

Last year, the Tampa Bay Lightning took the city on a wild ride all the way to the Stanley Cup Finals.  In the end, injuries and the Chicago Blackhawks proved to be too much.  The Lightning fell one win short of glory.

This year, the injury bug hit again.  So did a better team.  The Pittsburgh Penguins outshot the Lightning so dramatically, the series slowly morphed into an extremely, lop-sided game of keep away.

And so it’s back to the drawing board for Tampa Bay, who has reached the Eastern Conference Finals the last two years and three of the last five but still fallen short of their ultimate goal.

This summer, the Lightning will enter what is inarguably the most important off-season in franchise history.  One of the biggest names to ever wear blue, Stephen Stamkos, is an unrestricted free agent.  Keeping him in a Lightning uniform, which by all verbal accounts Lightning brass have said is a top priority, will be difficult if the franchise wants to keep the core of this team intact.

So I’ve asked the good doctor to shelve his arena football tickets for an afternoon and discuss some of the options facing our beloved Lightning.

First of all, Doc, welcome back.  The Bolts have a few big contracts coming up this off-season but none bigger than Stammer’s.  What are your early thoughts on his status?  Should he stay or should he go now?  I don’t think this is an Yzerman-St Louis whip it out and see whose Canadian schlong is bigger competition but Stevie Y has proven he’s clearly a guy you don’t want to cross.  And he’ll continue to do what’s best for the team.

You and I have discussed at length, in person over whiskey, what will and/or should happen but for the (few) fans reading, can you elaborate on the Stammer situation and again, what will happen and what should happen?

Dr. Milhouse: As of right now, Stamkos is an unrestricted free agent on July 1st. The latest offer from the Lightning is rumored to be in the neighborhood of 8.5 million a year. Teams like Toronto are offering a projected amount of 10 million a year. There’s lots of side factors there that could sway the decision (Toronto is full of awful media that will never let him sleep, fans are crazy, taxes, exchange rate, et. al.). With a salary cap just north of 70m a year, wherever he signs, that team is going to be banking on him being amazing for the next 7-8 years.

What should happen, as you and I have discussed here on the site before, is the Lightning should let Stamkos walk. With a salary cap that isn’t going up any time soon, and the amount of young talent that the Bolts have coming up for contract renewal, the money is much better spent locking in guys like Hedman, Kucherov, and Johnson. Right now, outside of Valtteri Filppula, Ryan Callahan, and Erik Condra, none of the Lightning forwards are signed beyond next year. The amount of players that need new contracts, and will demand pay raises, makes re-signing Stamkos unfeasible.

SportsChump: Not re-signing Stamkos might be the logical or at least most financially feasible move but will that happen?  At that rumored asking price, is there any wiggle room or do the Lightning already handcuff the franchise even at that rate?

I get that hockey’s a different sport than most others but isn’t there value you can’t put a number on when it comes to having a marquee player on your roster?  In the NBA, you can’t win without having one of the best players in the league on your team.  While that might not be entirely true in hockey, this year’s Penguins and last year’s Blackhawks had some household names on their roster.

Can a team win without one of those premier athletes not just in the standings but also at the box office? 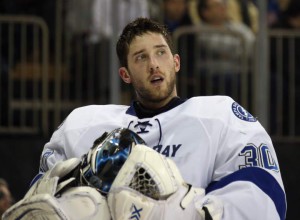 Dr. Milhouse: At 8.5, that’s over 10% of the cap dedicated to one person, so it will handcuff their moves for the next 7-8 years if he signs. And while Stamkos is undoubtedly a marquee player, the Lightning benefit from guys like Bishop, Kucherov, Hedman, and Johnson, who are all young, photogenic players that you can plaster 30 feet high on the side of the arena. The Lightning have sold out over 50 straight games, and the season ticket base accounts for 12,000 of a 19,000 capacity arena, so they’re not exactly hurting for a star player to draw people in.

The major cap problems, however, are beyond just Stamkos. With Matt Carle being objectively the worst defenseman on the team in the regular season while making the most money, and Bishop standing tall with two young amazing goalies behind him, those are where the key moves will have to be made.

SportChump: Here’s another X-factor that you and I have discussed but not too many others have and that’s the role of the NHL Players’ Association.  Sidney Crosby makes $12 million a year.  Kane and Toews each make almost $14 mil a year in Chicago.  Aside from wanting to make as many shekels as humanly possible, don’t you think the Stammer camp will receive pressure from the NHLPA to make hay to keep superstar salaries on the rise?

Now if keeping Stamkos in Tampa is not a top priority then that’s a good thing.  As you mentioned earlier, they’ll be able to take that coin and sign most everyone else on their roster that needs signing.  I just don’t see the eight million dollar ballpark anywhere near what Stammer will demand.  I know we’re both speculating but I’d dare to venture the two sides are farther apart on a figure than we might think… which again, might be a good thing if his leaving makes the most sense.

Nine out of then Lightning fans that I’ve talked to agree.  They’d love to have him but not at the expense of an increasingly bright future.  Let’s not forget he’s had his battles with injuries as well.

If he leaves, do you see his eventual departure as amicable or potentially contentious?

I do think the NHLPA would be miffed if he took an obvious home-town discount, if only because I’d venture their leadership wants him in a bigger market to raise the stakes everywhere a bit more. However, the departure will certainly be more amicable than, say, the St. Louis trade a few years ago. There will be some in the area who focus on Yzerman having no sentimental attachment to guys like Lecavalier and St. Louis, but there can never be an argument that what he does isn’t what he feels is best for the organization. 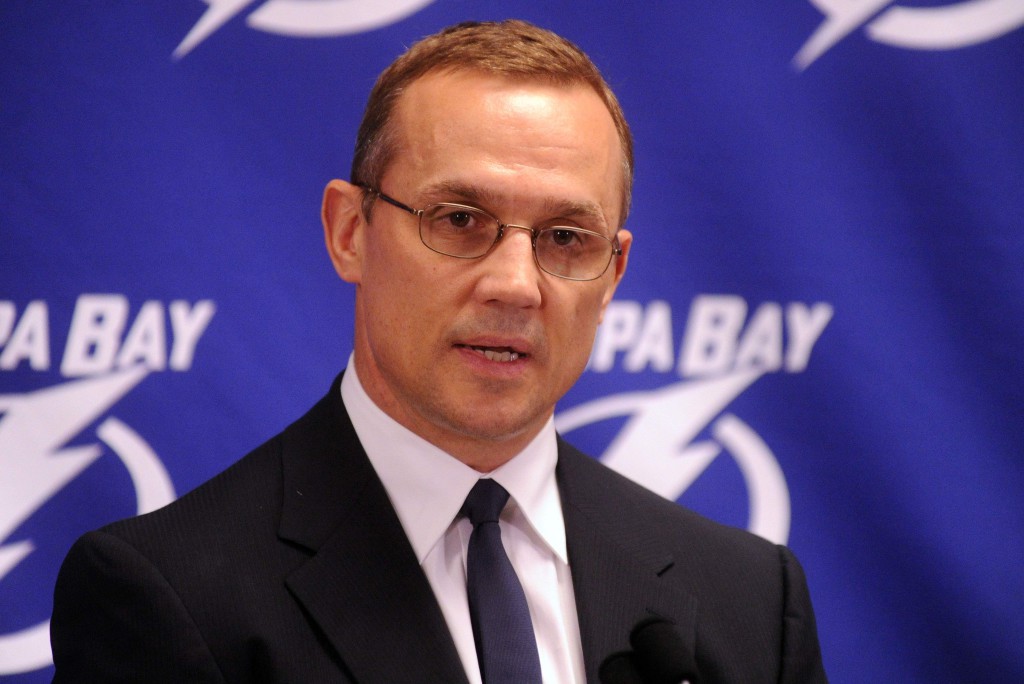 With Lecavalier, there were no hard feelings, because he understood–like Stamkos does–that the sport is also a business. If your contract outweighs your value to the organization, there leaves few options. Vinny had a deal that was, in retrospect, atrocious. Under the deal he signed here, the Lightning would still have him for another four seasons beyond today, at his current production (10 goals in 49 games), at more than Stamkos makes currently (just shy of 8m a year). Nobody questioned the value in buying out the deal and sending him on his way–although people did question the value of me photoshopping his face onto an albatross to illustrate what his contract was doing to the team. But now Lecavalier is about to retire, and St. Louis has already done so. Whatever someone thought of the heartlessness of the deals at the time, they were for the betterment of the franchise. Not re-signing Stamkos is in the same vein.

And yes, I do believe that the numbers are far apart. Stamkos no doubt is asking for north of 10 million a year, because that’s the new “market value.” But with the current roster makeup, that money is much better spent locking in what the Lightning already have.

SportsChump: I think that about sums it up pretty nicely, sir.  I say we finish on this note.  I, Dr. Milhouse, of sound mind and round body believe that Steven Stamkos will be playing for the ______ in the 2016-17 season.

SportsChump: Well, my friend, as always thanks for taking time out of your busy schedule to discuss sports with us.  Here’s hoping whatever decision our Lightning make, it’s the best for the franchise.  In Stevie we trust.

4 Replies to “Steven Stamkos and the Lightning off-season”