I brought this idea up about a year ago and was looked at like I knew nothing about basketball.

I forget whether it was in an online forum or on the phone with a friend or during a conversation with a perfect stranger but in one, or most likely all, of these cases, I was laughed out of the building.

We mock what we don’t understand.

During the time of said suggestion, which I’ll get to in a moment, the Cleveland Cavaliers were in need of a head coach.  They had succumbed to the David Blatt experiment for far too long.  Blatt, who coached there for a season-and-a-half, had no NBA head coaching experience when given the job.  Cleveland hired him to shake things up a bit.  This was before they knew LeBron James would have a change of heart and move back to town. 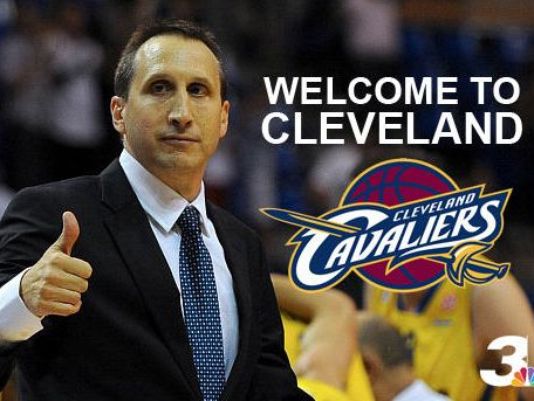 When Blatt was fired halfway into his second season, there wasn’t a man in America not named Steve Kerr who wouldn’t have jumped at the opportunity to coach LeBron James in his returned determination to “Bring a title to the ‘Land.”

The Cavs hired Tyronne Lue who, like Blatt, had zero head coaching experience.

Before you start to laugh me out of the building too, allow me to establish a few core points.

The Cavs are not about to lose these Finals because of Tyronn Lue.  They are about to lose because the Warriors are the superior team.

But with all due respect to Lue and the lone title he won as a Laker, LeBron has forgotten more about basketball than this guy will ever know.  He is hardly equipped to coax the league’s most dominant player into beating the league’s most dominant team.  Few are.  Again to be clear, the Cavs are not losing these Finals because of Lue but they certainly aren’t going to win it because of him!

There is only one man on this planet who wants to beat these Warriors more than anything… and that is the coach they once fired.  Mark Jackson coached Golden State for three full seasons.  He brought them from 23 wins to 47 in his second year.  He was fired after they fell short of a title… in only his third season. 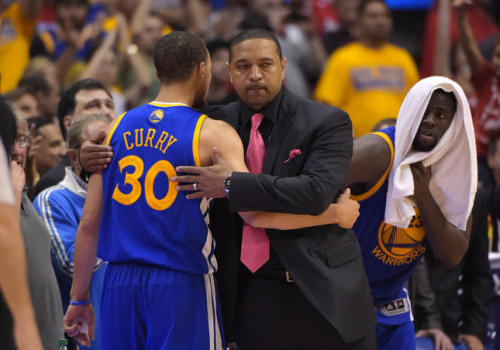 You can hear it in Jackson’s voice, sometimes subtle sometimes not so much, as he broadcasts their games for ESPN.  It’s like he’s announcing his ex-fiancée’s wedding recital to a far more handsome groom.

Jackson is brooding.  I say give him a shot.  What do they have to lose?

Of course, the Cavs also need to tinker (substantially) with their line-up.  JR Smith just needs to go away.  Kevin Love needs to mix something other than tofu and lettuce into his diet.  And everyone who touches the ball not named LeBron James needs to FUCKING DO SOMETHING PRODUCTIVE.

Look, the Cavaliers are going to make it back to the Finals next season regardless of who is coaching them… but they’re not going to win it.  They need that extra push that only a fiery, bitterly inspired coach can provide.

The road to the Finals will run through Oakland for the next several years.   There’s no shame in game-planning for that.  The Cavs wouldn’t be the first to construct their team around a competitive roadblock.  For years, the Bulls would load up their roster with centers to frustrate Patrick Ewing.  It worked.  Championship golf courses have Tiger-proofed their tracks in an attempt to ensure Mr. Woods wouldn’t dominate their tournaments.  That worked as well but not as effectively as back surgery and a headline-shattering sex scandal.  When the CIA wants to kill Jason Bourne, what do they do?  They contract the only other lethal assassins they know and send them on their way.

If I’m Dan Gilbert, I’d be bold.  I sign Mark Jackson to a one year contract and pay him a king’s ransom or better yet, load it with incentives.  That’s a deal I’m pretty sure Mark Jackson would take.  Make a spectacle out of it. Embrace the bad guy role so LeBron desperately wanted in Miami.  As Cleveland’s owner, your sole purpose is to beat Golden State in the Finals and so far you’re doing a lousy job of it.

Cleveland literally has nothing to lose at this point.  It’s not like they’re winning a title anyway.  There’s no way Jackson wouldn’t light the fire under their asses they need.  I’m not saying they’d win a title with Jackson as their coach but he’s a better fucking choice than Tyronn Lue.

I watched the final quarter of the embarrassment now known as Game Two.  Lue had pulled his starters with over half the quarter left to play.  What for?  To teach them a lesson?  This is the fucking Finals!  I don’t care if you’re down thirty.  You keep your starters, including LeBron James, out there and you have them claw their way back into that game.  Mark Jackson would have had that team walking back to Cleveland had they lost that badly. 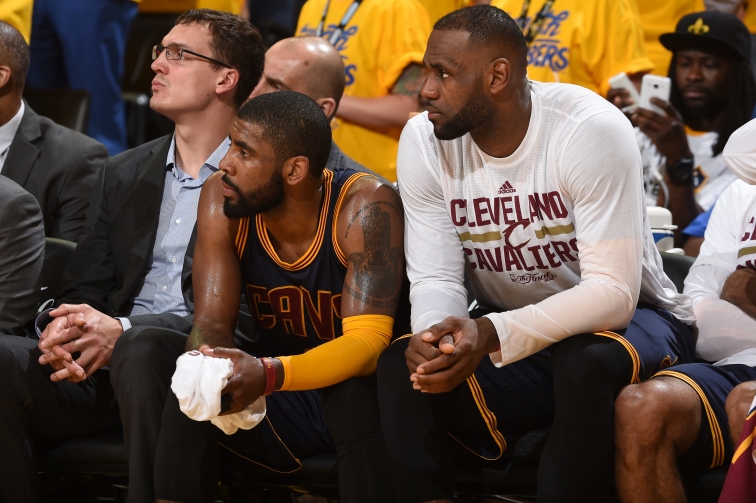 In my mind, the answer is simple.  It’s low risk, high reward.  Nobody wants to beat these Warriors more than Jackson.  You can now add Gilbert, LeBron and the entire city of Cleveland to that list.  You can’t afford to give Tyronn Lue another whole year to figure this out.  To me that’s riskier than hiring a guy who sleeps with a Steph Curry voodoo doll by his bedside.

Going with what you got clearly is not working.  Shake things up a bit and hire Mark Jackson.  The only thing you have to lose is another Finals.

15 Replies to “Mama, there goes that coach: Why Cleveland needs to make its Mark”