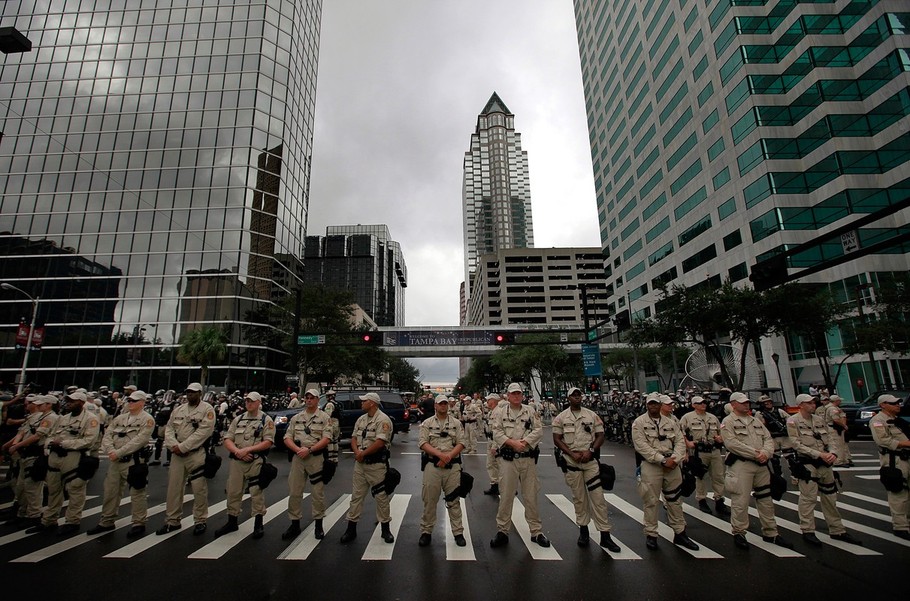 TAMPA, FL – AUGUST 27: Law enforcement officers block a downtown street during a protest on August 27, 2012 in Tampa, Florida. The demonstration was being held just before of the start of the Republican’s nominating convention which will hold its first session on August 28. The convention was scheduled to start on August 27 but was pushed back one day as Tropical Storm Isaac threatens to hit the Tampa area. (Photo by Tom Pennington/Getty Images)