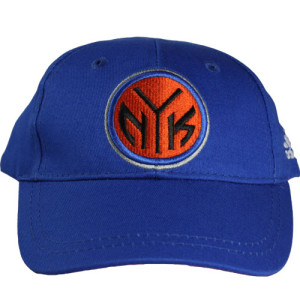 I broke out my Knicks hat the other day for the first time in a long time.

Even though I am a native New Yorker, growing up only a short subway ride from Madison Square Garden, I can’t necessarily say I’m a Knicks fan.  After all, it’s not like they’ve given their fans anything to cheer about lately.

That all changed on Wednesday afternoon.

I had heard rumors surfacing about a pending Derrick Rose to New York deal but the NBA rumor mill, while fun and conversation-stimulating, is about as accurate as your local weather forecast.

The last time the Knicks were competitive (I remember when…), I was far more of a Michael Jordan fan than that of the bruising Knicks.  So was basically everyone.  Besides that, rooting for the Knicks and against Michael Jordan just seemed like rooting against destiny.  It didn’t make much sense.

This time the rumor mill bore fruit.  Despite Knicks fans’ general unwillingness to get their hopes up, the city shone bright on Wednesday afternoon and that’s not just because I’m heading up there next week.  Note: more on that later.

The Knicks finally landed another big name to play alongside Carmelo Anthony and with all due respect to the Knicks’ point guards of the past, just by walking in the building, Derrick Rose might already be one of the top five point guards to play that position, in that uniform, in that building. 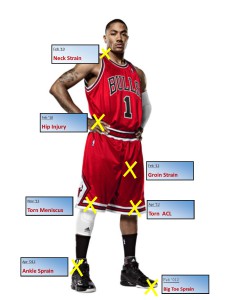 If he can stay healthy.

In addition to the Knicks last twenty years of sucking, it’s those last five words that are keeping Knicks fans grounded.  After all, that is the biggest question mark with Derrick Rose and has been ever since he shredded his knee after his 2010-11 MVP season.

Either way, Rose to New York is big news.  And in typical Knicks fashion, it’s either huge or hugely devastating.

The Knickerbockers’ best case scenario is that they suddenly and rather un-Knickly-like become playoff-worthy, which by all early accounts and hopefully, unneeded doctor’s visits, they should be.  All you need to make the playoffs in the NBA is two all-stars and the Knicks now have that.

The worst case scenario is that the Bulls, who appeared genuinely somber getting rid of Derrick Rose, got over on their rival Knicks by trading them damaged goods.  Clearly the Knicks and their medical staff have done their due diligence and wouldn’t trade for Rose if he weren’t as close to 100% as possible… but then again, these are the Knicks were talking about.

The Knicks have been atrocious lately, laughingly so for anyone who lives outside the apple.  They have won ONE playoff series this century.  And even though the Eastern Conference is more competitive than in years past, one would have to think that Derrick Rose playing alongside Carmelo Anthony finally gives Knicks’ fans something to smile about.  At this point in their careers, both have to be thirsting for a ring. 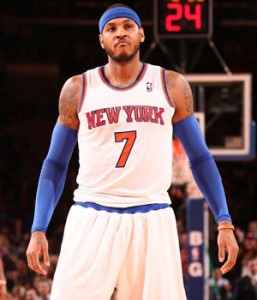 Ironically, Carmelo Anthony is the only top five player in that historical 2003 NBA Draft to not land himself an championship.  Even Darko Milicic, inexplicably chosen before Carmelo (and Wade and Bosh), won a title with the Detroit Pistons, by whom he was drafted.  Carmelo hasn’t gotten anywhere close.

Now I’m not suggesting landing Derrick Rose means New York will win a title.  Far from it.  Heck, that basketball team has been waiting for a title almost as long as the Cleveland Cavaliers.  The Cavs began play in 1970.  The Knicks last title came in 1973.

The Knick are going to need a lot more than an injury-free, 2010 version of Derrick Rose to best LeBron James and the people he allowed at his parade.  But at least it’s a step in the right direction.  Speaking of those Cavaliers, their recent celebration included a handful of former Knickerbockers, i.e., JR Smith and Iman Shumpert.  At this point, they probably couldn’t be happier to be in anther uniform.

Derrick Rose now wears another uniform.  They might not be throwing a parade in his honor BUT at least, with one trade, the Knicks are again relevant.  Knicks fans are once again smiling.  It had been so long, I think they had forgotten how to.

11 Replies to “A Rose Garden Party”