Let’s talk about sport and adventure of another sort, shall we?  Considering hockey and basketball seasons are over and all we really have to talk about is how bad the US Soccer team is, it’s time to get inventive with my summertime posts. 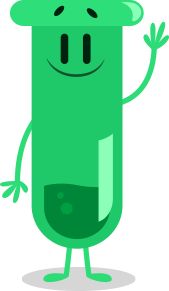 First, let it be known that science is not my strong suit.  None of them are.  While I fared considerably better in chemistry and physics than I did in biology, when someone tries to explain something to me that is in any way scientific, I can’t help but wonder if they notice the look of bewilderment on my face.  In fact, Al the little green test tube in Trivia Crack is my sworn nemesis, smiling at me with his smug little grin as he ends my every turn.  I score in the mid-to-high 70s in most every other category (89% in sports, thank you very much) yet I struggle to stay around 68-69% in the field that baffles me most.

So I’m going try and explain what I saw the other day the best I can in layman’s terms.

I was sitting on my sofa and relaxing before work when I heard helicopters hovering above my building.  I didn’t panic.  I haven’t done nearly enough wrong to warrant the authorities busting down my door.  In my increasingly hermitic state, I just played on my laptop and bided my time until it was time to make the donuts.

Finally showered and ready for work, I walked to my car and said hello to my friendly neighbor who is singlehandedly keeping Phillip Morris in business from inside his screened in patio.

He said “take a look at this,” pointing to his screen, or at least what I thought that’s what he was pointing at.  He wasn’t.

Apparently they’ve been doing some construction nearby, putting up entirely new power lines, which I can only hope reduces my apartment’s number of electrical shortages while not simultaneously making me glow from its exposure. 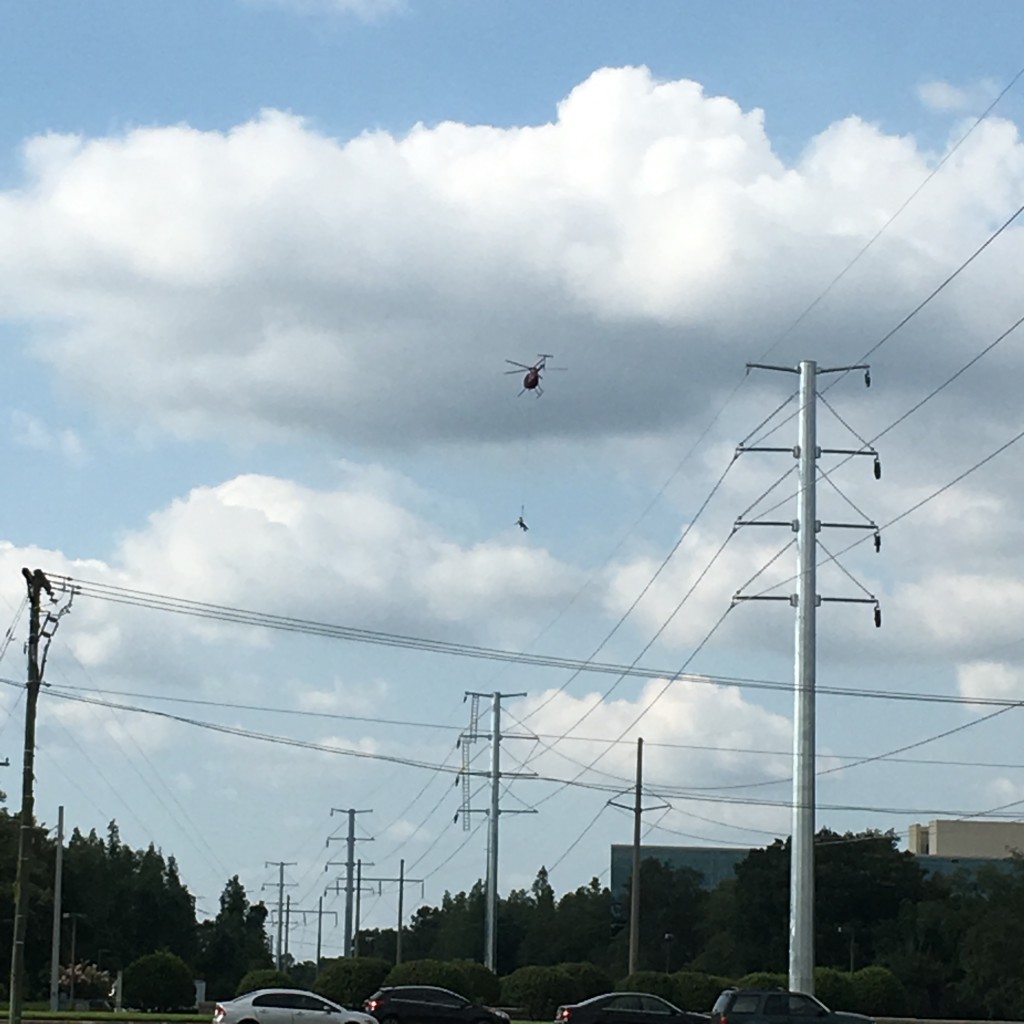 And you thought your job was tough.

As I turned my head to what my neighbor was actually pointing at, I saw a man dangling from a helicopter about, I don’t know, five hundred feet in the air.  Let’s just say it was high enough to make Evel Knievel nervous.  I hadn’t had my coffee yet or I really would have been feeling the heebie-jeebies.

Apparently what these companies do is employ workers who hang from helicopters instead of having them climb up eighty foot utility poles.  I’m not sure the exact logic behind this.  Perhaps it’s safer to dangle a human being from a helicopter than it is to have him climb up that far.   I suppose that makes sense.  Someone also told me it was cheaper.  There’s nothing like the bottom line to figure into the equation of one man’s well-being.

I regret not taking a video of the flying electrician but let’s just say as the helicopter lowered him from pole to pole, he wasn’t exactly going school zone slow.  The hanging chad (there has to be a Chad somewhere that does this for a living) was traveling at a pretty startling pace. 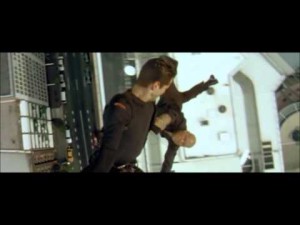 The adventurous side of me for a brief moment thought “That would be pretty cool.”  The far more sensible side of me thought there’s no way in hell I’m strapping myself to the bottom of a helicopter like Neo trying to save Morpheus from the Matrix.

I immediately thought of Lee Majors in “The Fall Guy” and Burt Reynolds in “Hooper” and how I’d much rather tend bar for a living than fly through the air with the greatest of quease.  Heck, I don’t even own a tool belt.  I can barely change a light bulb or answer a simple biology question never mind hang 200 feet in the air while shouting “Just a little lower, Bob!”  Sticking a paper clip in an outlet has to be far safer electrical work.

So the next time you complain about your job, keep in mind there are a few gigs out there more hazardous.  Be thankful yours doesn’t involve the constant risk of plummeting to your demise. 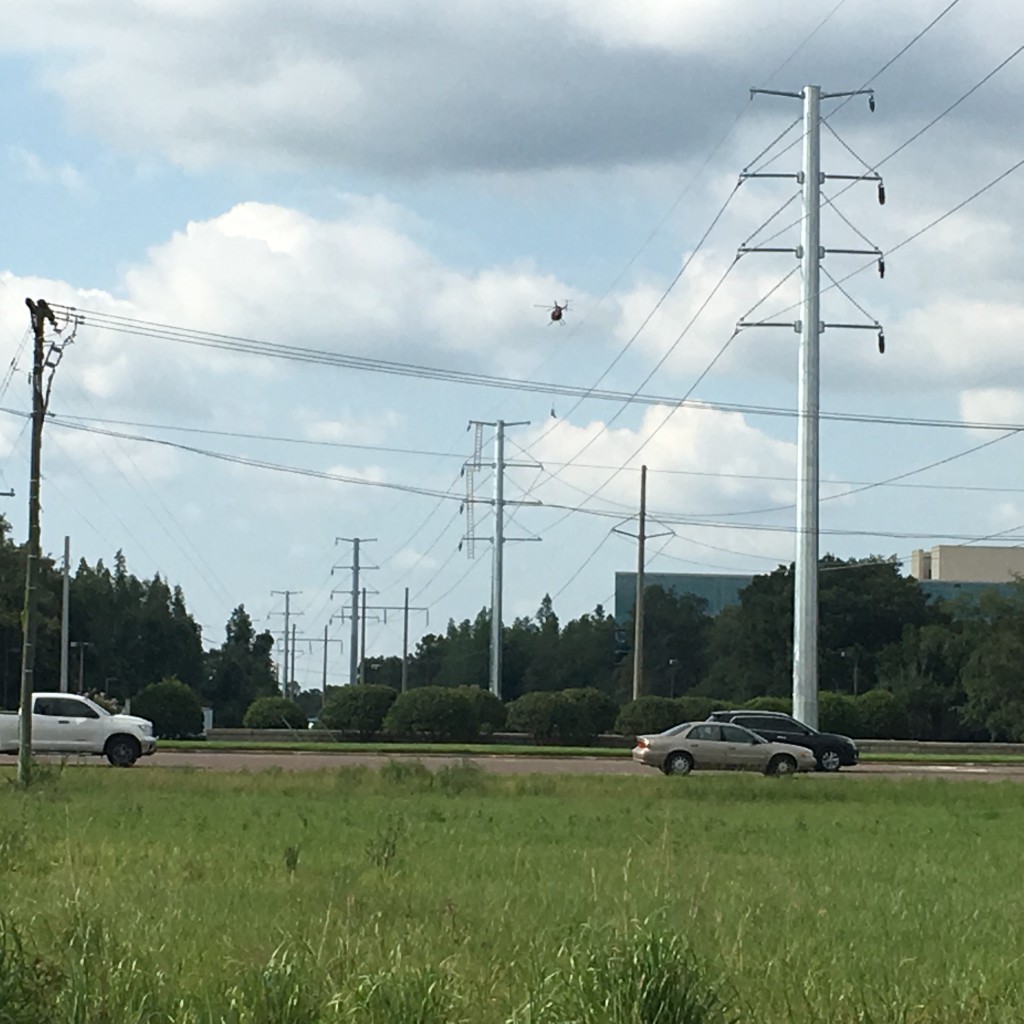