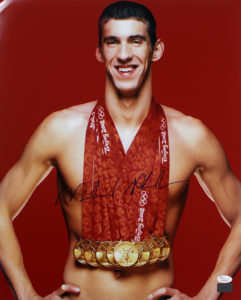 It’s summertime and there’s really not all that much to talk about.  Nobody gives a shit about baseball.  A guy knifing his own jersey is the biggest story of the season.  The Olympics are approaching but the USA Basketball team will run through its opponents quicker than Brazilian prostitutes run through their government-appointed condoms.  Michael Phelps will add a few more gold medals to hang around his water bong and some currently unknown US gymnast will become a household name.

We’ve got forty more days and nights until football starts so let’s talk a little music.

As you recall, Part I of my summer concert series started in NYC where I saw a little-known yet funkifiably, fantastic hip-hop act called People Under The Stairs.  Don’t be disappointed for Part II doesn’t involve a concert at all but rather a conversation over a bar about one of the most prolific pop acts of all-time: Hall and Oates.

Some kids walked into the pub the other day and by kids, I mean they were in their late twenties-early thirties.

Two of them had heard of Hall & Oates, even seen them perform in concert.  The other, the only male in the group, had not, which I suppose is a pretty good ratio.  If you randomly polled the next 100 people you met, do you think that two-thirds of them would have heard of Hall & Oates?  I’m guessing that answer would probably be yes, regardless of age or gender but I could be mistaken. 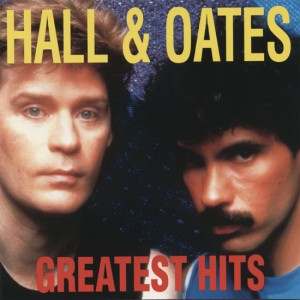 In the past, oddly enough, I’ve written about another disturbing soul who had never heard of Hall and Oates.  The band has somehow become Marty McFly’s fading brother and sister at the end of Back to the Future.

I mean, we are talking one of rock music’s most popular duos that released hit after gold-plated hit in the late 1970s and 80s.  According to Wikipedia, the source for all things unverifiable, Hall and Oates are the third best-selling duo ever, behind the Carpenters and I’m guessing Simon and Garfunkel.  They had six number one hits.  Billboard listed them in their top 15 greatest artists of all-time which is a stretch but their mark on modern pop music is undeniable and most certainly recognizable, not to mention Darryl Hall has perhaps the most soulful voice God ever gave a white man.

There was a point in the early 80s when basically every song H&O released was a smash hit.  Yet this gentleman who sat at my bar could barely name one of their songs.  I began playing some of their music over the house speakers at which point he eventually nodded his head, acknowledging he had heard the songs but if I asked him to pick them out of a lineup or even name a title of one of the songs, it wasn’t happening.  To this kid’s defense, he was raised in Utah but the Beehive State is no third world country.  I mean, they do have radios there, right?  Even the aforementioned Brazilian prostitutes are probably slipping some Sara Smile onto their transistor radios before convincing their tricks to perform sex acts they’ll eventually regret.

Which got me thinking of another conversation I had many years ago, not about Brazilian hookers but about which bands will be remembered fifty, one hundred or one hundred-fifty years from now, which ones would stand the test of time.  This particular friend with whom I had the conversation swore up and down that, of all the great rock acts of this generation and last, Pink Floyd would be the one most remembered.  I disagreed.

Well, much to Darryl and John John’s dismay, apparently Hall and Oates won’t be making that list either.

When I play classics behind the bar to set a mood, Sinatra always resonates.  So does most quality classic rock, i.e., Stones, Zeppelin, Doors, Otis Redding, Aretha, Stevie, Michael and countless others.  But allow me to Marty McFly forward in our time machine and press play on the jukebox one hundred years from now.  As difficult as this might be to forecast, which of these artists will still be playing?  Whose contributions will be recognized and remembered?  All?  Some?  None? 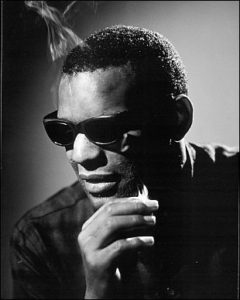 How will our greatest artists, singers and musicians stand the test of time?  When I play Ray Charles’ I’ve Got A Woman, people start tapping their feet.  It never fails.  That song was recorded in 1954.  That’s over 60 years ago and it is still going strong.  Of course, the song was rejuvenated by the film Ray and Kanye West’s sample of it for Gold Digger but nonetheless, the song still kicks much ass.

How well will we honor our greatest audible art down the road?  Personally, I can’t imagine a time where Don’t Stop ‘Til You Get Enough doesn’t make me want to get up and dance.  I’ve noticed that song has the same effect on younger generations as well.

So who makes the cut and who gets left out in the cold?

The Mona Lisa is still hanging in the Louvre and is one of the most recognizable pieces of art in the world.  She’s over 500 years old and is still turning heads.  So maybe there’s hope for Hall & Oates after all.

Years ago, I saw some teenage girls screaming about a poster they had just bought.  At first, I could only see them and not who was on the poster.  I figured it had to be Bieber or whatever boy band was popular at the time.

They turned the poster around.  On the front of it were four moppy-headed blokes that knew a thing or two about singing and songwriting.  It was a poster of the Beatles.

Fortunately for humanity’s sake, some works of art are just timeless.