We haven’t had a good caption contest in a while.  I’ve been too busy not watching baseball to post one… which is ironic considering baseball is the subject of our latest contest.  With photo ops like this, I may have to tune in more often.

Sliding is an art form.  Some baserunners master it others fail miserably and get ridiculed in caption contests as a result.

Buster Posey is not necessarily known for his base running skills.  While he’s not the most lumbering catcher we’ve ever seen, he’s still a catcher and they don’t run the bases with the greatest of ease.

Case in point Buster Posey on Monday night.  In an extra inning affair, Buster made it from second to third on a base hit but his slide into third was, shall we say, less than graceful.

Posey got a face full of base.  Who said baseball wasn’t a contact sport.  Fortunately, the only injury he suffered was the shame he felt when returning to the dugout to receive a little razzing from his teammates… and you.

The person who can come up with a caption to the photo below will receive a personalized copy of he never to be released “How To Slide In Three Easy Steps” by Gerald Dempsey Posey III, some dirt to go with it and one very fresh slice of humble pie. 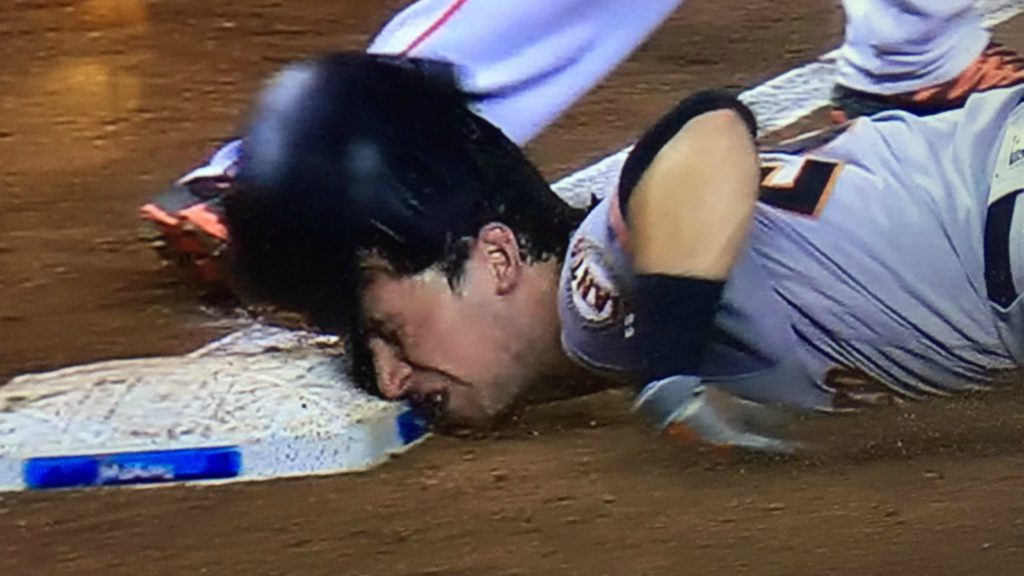