Please allow me to play the role of the ugly American and express my unbridled frustration with what happened last night and Team USA almost losing to Australia.

Here’s your chance to totally call me out on my reactionary nature but WHAT THE FUCK WAS THAT?!?!?!?!  For about forty-four of those forty-eight minutes, I was as nervous as a high school couple awaiting the results of their pregnancy test.

Let’s just say that Team USA almost took a huge proverbial dump on their luxury, Olympic cruise liner Wednesday as Team Australia gave the lackluster Americans all they could handle and then some.

I was out running errands and remembered the game was on at 6pm.  When I came home to find the American team not only down and being outplayed, I thought to myself “I rushed home for this?”  I love watching history but this was not the kind of history I wanted any part of.  Grading this performance a c-minus is being complimentary.

This was the whole reason Jerry Colangelo, Mike Krzyzewski and company assembled the top, professional American players in the first place: to prove that our brand of basketball is far superior to the rest of the globe.

Enter Team Australia who has five NBA players of their own.  The way they played Wednesday night, those guys are due for a contract extension. 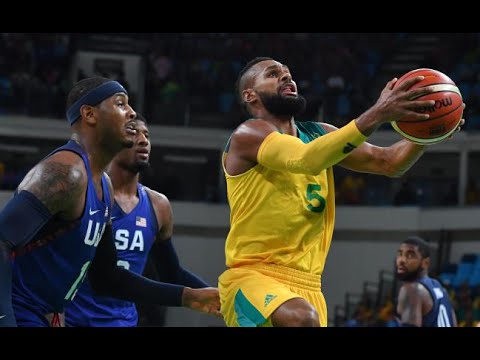 The Aussies were far from intimidated by an American team that had just beaten China by 57 and Venezuela by 44.  Team Australia shot 68% in the first half and was up by five at intermission.  If it weren’t for their turnover count, this game could have been out of hand.

Angry Tweets flew from my keyboard like t-shirts launched from a cannon at a game everyone wished they could un-watch.

Watching Durant miss shot after ill-advised shot has to make Golden State reconsider whether signing him was the best option.

Team USA played such bad defense they had Tom Thibodeau questioning his self-worth.

If I have to watch one more NBA player, unfamiliar with international rules of contact, complain about a foul call he didn’t get, my head may explode.

This team wants to chase 1992 Dream Team history.  After Wednesday’s outing, the only history they’re chasing is that of the losing 1988 team that prompted it.

It took an Olympian performance from veteran Carmelo Anthony to save this team from being on the wrong side of that history.  A loss wouldn’t have eliminated Team USA from gold medal contention but it certainly would have left a lot of egg on their faces: bad, stinky, Australian, undercooked eggs and a vegemite sandwich to boot. 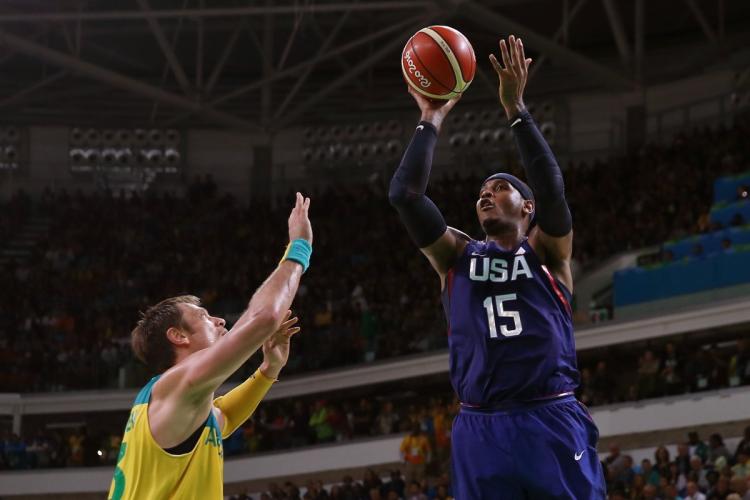 Team USA was such a heavy favorite to win the Gold my service didn’t even offer a betting line.  The only wager you could place on Men’s Olympic Basketball was on who would take the silver.  You might want to place your money on Australia if it’s not already too late.

Upon building a team, how many of Australia’s players, i.e., Patty Mills, Andrew Bogut, Matthew Dellavedova, would you have drafted before taking any one on Team USA?  None, right?  You may want to reconsider that too.

There is nothing more frustrating to me than a team that tries to shoot itself out of a slump, even if that team is far away the best in the competition.  What this team sorely lacks is a player who can consistently score with his back to the basket.  I’m still struggling to figure out why post-presence is such a lost art.  While so far solid defensively (until tonight), DeAndre Jordan is not that person.  And if you’re placing all your eggs (the ones that aren’t yet on their faces) in DeMarcus Cousins’ basket, well, let’s just say I’m not as convinced as I was before this game tipped that Team USA will cruise to gold. There may be some more nervous moments before this is all said and done especially if they play the way they played tonight. 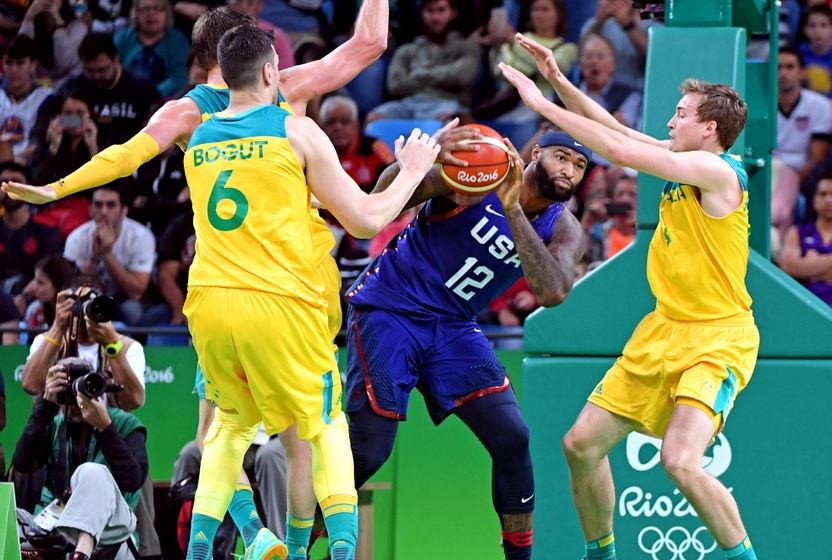 Maybe I’m overreacting.  Everyone has a bad night.  Even the original Dream Team lost that legendary yet un-filmed scrimmage before flying off to Barcelona.  Perhaps it’s unrealistic to expect this 2016 team to beat every one they play by 44, which is the barometer the original Dream Team set.  After all, it was that original pro team’s influence that spread basketball fever around the globe and made current teams like Australia so damn difficult to beat.

This was Team USA’s wake-up call.  There are no more second chances and certainly no more Dream Team comparisons.  Play like that one more time and it will be a long, stinky cruise ride home.