I played baseball my entire childhood.  It was my one true love.

Like every American kid growing up in the 1970s, baseball was everything.  I played it, breathed it, watched it, studied it and wanted nothing more than to be surrounded by it for the rest of my life.

And I was good at it.

I’m not here to tell you I could have made the Major Leagues like so many other armchair quarterbacks laughingly boast while removing spaghetti stains and cookie crumbs from their t-shirts… but I was good, which brings me to Tim Tebow and why he should seriously recant his newfound desire to play professional baseball. 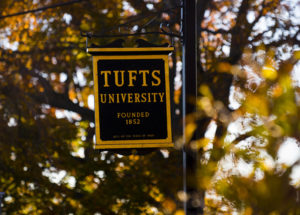 Prior to attending the beloved University of Florida, I attended Tufts University for a year.  I ended up transferring because the yearly tuition was equivalent to, shall we say, the price of a small townhome.  But that very first year, I tried out for the baseball team.

I couldn’t have weighed more than 150 pounds soaking wet.  I had played organized baseball overseas as a teenager but the talent abroad there probably didn’t match the top high schools in the U.S.  College baseball, even at a smaller school, would be a whole different ballgame.

I remember waking up at the crack of dawn to make these godforsaken practices which, for any of you who know me, is the ultimate sacrifice.  But I was determined.  I loved baseball and even as a freshman, I figured I could at least do my best to make the team.

I don’t recall how many people tried out for the team, how many were freshmen, how many were walk-ons and how many were scholarships but let’s just say, as I knew nobody and certainly didn’t look the part, the odds were heavily stacked against me.

After a few practices in inclement weather, the coaching staff moved practice inside.  I remember this like it was yesterday, kids running laps indoors until about half of us threw up in garbage cans.  All prospects eventually took their turns at batting practice.  When it was my turn to bat, I had the misfortune of going up against the staff ace.  I forget the kid’s name but he was tall, lanky and had been on the team for years.  That day the indoor mound sure seemed a lot closer than sixty feet and six inches.  The sea was angry that day, my friends – like an old man trying to send back soup in a deli.

He sized me up and struck me out, routinely, every damn pitch was a swing and a miss.  I think I might have made contact once, enough to have sent a foul ball whimpering along the first base line.  One dorm mate, who also tried out for the team, later informed me the kid was throwing in the high 80s.  I didn’t stand a chance.

A week or so later, I got cut.  I never tried out for another baseball team again.  Later on in life, every so often I’d hit the batting cages but would never step into anything higher than 50 mph.  What for? 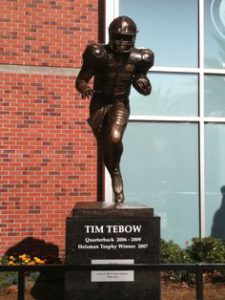 So here’s my advice to you, Tim Tebow.  I know you are far more athletic than I’ve ever dreamt of being.  You have a damn statue of yourself in Gainesville, Florida and probably somewhere in the Philippines as well.

But hitting ninety mile-an-hour splitters ain’t easy.  I’m not sure if you’ve tried doing that lately.  I can only assume you have considering your camp, and for some reason Gary Sheffield, think you have that sort of bat speed but it’s not something you can buy at your local convenience store.

I’m not here to pee in anybody’s Wheaties nor am I in any way “offended” like so many other pundits blasting Tebow for his desire to play ball.  I’m just keeping it real.  If your attempt to make a baseball team, even a minor league one, will ease your mind or benefit charity in any way, then by all means, have at it.  Get whatever network is willing to make a reality TV spectacle of yourself and give all proceeds to less fortunate children in need of circumcision or other first world remedies.  But to make a Major League Baseball team with no experience at all is comical.

Jameis Winston is the starting quarterback for the Tampa Bay Buccaneers.  Not only did he start at quarterback (and win a national championship) at Florida State, he also pitched fairly well for their baseball team.  Tim Tebow didn’t even take an at-bat at Florida.  So what in the world makes Superman think he can make a Major League roster?

Fortunately for me, I ultimately found my calling and it didn’t require a batting helmet and spikes.  Tim Tebow may have peaked a tad early, that is until he becomes President.  His glory years, at least from a sporting perspective, came with two national championships at the University of Florida.  At 28, he still has his entire life ahead of him to determine how he wants to continue to positively affect other people, which we all understand to be his goal.

It’s just not going to happen on the baseball diamond.