It has become a time-honored tradition that I begin every annual over/under pick ‘em contest by mentioning those who have come before us and laid waste to the competition.

And so we honor our previous champions:

Now that we have that out of the way, I’d like to ask all five of our previous champions, what have you done for me lately?

To paraphrase Spidey’s Uncle Ben, with new season comes new responsibility, one of those being proving their wins were no fluke. 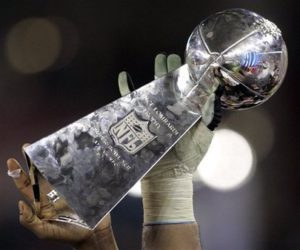 For those who have participated before in this contest before, welcome back.  For those of you who are new to the competition, I welcome you.  Even the best betting sites don’t host a contest like this.

So, for example, the Miami Dolphins over/under win total for the season is seven games.  If you are confident that the Dolphins won’t amass seven wins this season – Oh, how I love picking on them  – you would assign them ten confidence points and under seven.  Then assign nine confidence points to the team you’re second most confident will win over or under their projected number.  For your tiebreaker, include how many combined total wins the three Florida teams (Miami, Tampa Bay and Jacksonville) will have by season’s end.

In addition to having your name immortalized on this website forever, the winner of this competition will also receive a SportsChump t-shirt and other fabulous prizes.  All entries must be received before the first football of the season is kicked off in Denver on Sept. 8.