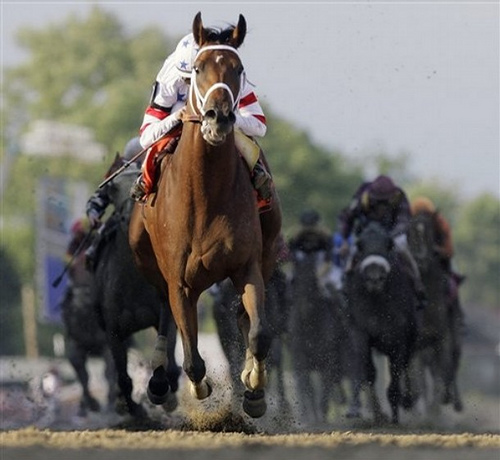 As Australian bookmakers are ramping up their free bets online promos for prospective customers, the Australian racing industry is bracing for another exciting spring of the best horse racing in the nation. On tap for August-September is the Sydney and Melbourne Spring Racing Carnivals.

It’s this time of year that racing fans and the nation’s top race horses shed their winter coats and come out in force. While much of the industry’s focus will be on the Caulfield Cup, WS Cox Plate and November’s prestigious Melbourne Cup, there will be plenty of exciting racing action leading up to those races.

About the AJ Moir Stakes

It’s not very often that a Group 1 race is designed and scheduled to serve as a prep for another Group 1 race, but such is the case for the AJ Moir Stakes. Prior to the 2013-14 racing season, the AJ Moir was run as a Group 2 event on the WS Cox Plate undercard. Because of a conflict with more prestigious Group 1 sprints like the Manikato Stakes and the VRC Sprint Classic, the race has been moved forward on the calendar and shortened up to 1000m. This makes it a more logical prep for the Manikato Stakes to be held on October 21, 2016 the same race course.

The AJ Moir Stakes is scheduled to be run on on September 30, 2016 at Moonee Valley Race Course in Sydney, Australia. The run race will be run at 1000m (5 furlongs) on turf for thoroughbreds of any sex and age for a purse of AUS$450,000. Weights will be assigned based on Weight-for-age allowance conditions. Former greats that have won this race include recent winners Buffing (2012, 2014, 2015) and the incomparable Black Caviar in 2010 and 2011.

For punters who are seeking value, the most recent editions of the race have been dominated by short-priced horse. In fact, Black Caviar paid the lowest win mutual in recent memory when he took down this race at a ridiculously low price of $1.05 in 2011. While nominations for this race are not due out until the first week of September, some Australian bookmakers might be in the mood to take action on a few possible entrants at TBD odds. However, future bets are issued with no refunds should the horse not make it to the barrier.

Local racing fans had hoped that sprint champion Chautauqua might answer the call for this race, but his connections have decided to stay at Rosehill Racecourse and put in a prep race or two in anticipation of running in the Group 1 Hong Kong Cup in December. Here’s a look at several horses that are tentatively scheduled to make this year’s running of the AJ Moir Stakes.

Ball of Muscle – The connections of this horse are anxious to get him back into action. While he failed to make a winning run during the 2015-2016 racing season, he did finish second in this race last year behind New Zealand Champion Buffering.

Fell Swoop – This 5-year old gelding propelled himself into the spotlight last year with a big win in the National Fire Ind Victory Stks (G2) after finishing a solid 2nd in the Darley T J Smith Stakes (G1) at Randwick. While his connections have yet to confirm a race, this looks like a good place to start a spring schedule.

As this race approaches, punters should be looking for any free bets online that might be available for this race or any of the other exciting Group 1 races scheduled for the spring.