Ryan Lochte is home and safe from his now swimmingly, infamous excursions in Rio de Janeiro.  Sure he lost half his endorsers (worth about a million or so in change) for lying about his buddies taking a gas station men’s room apart (that soap dispenser really tied the room together) but at least now the attention paid to him is starting to subside.  That is until he agrees to do Dancing with the Stars.

Other sports figures this week, however, have not been as fortunate.

Joey Bosa doesn’t have a job right now which is ironic considering he was one of the most talented football players to come out of this year’s draft.  Bosa’s draft status climbed so high the San Diego Chargers took him third overall.  The problem is Bosa and the Chargers aren’t seeing eye-to-eye about his importance to the team.  For now, he remains unsigned. 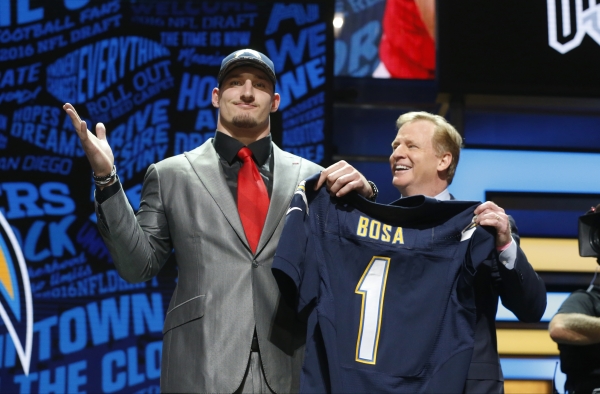 Years ago when owners realized they were coughing up too much money for unproven commodities (i.e., Sam Bradford’s rookie contract worth $76 mil before he ever took a snap in the league), they restructured the way future contracts would be handled, meaning no more hold outs and no more handcuffing teams if they gave the wrong guy the wrong deal.

Both Bosa’s and San Diego’s camp have let things get bitter with the Chargers all but saying they’re not going to cater to the kid’s needs and Bosa’s mother saying they should have pulled an Eli Manning, referring to when Eli Manning pulled a John Elway and refused to play for the team that drafted him.

San Diego seems to be holding all the cards here with Bosa’s only options being to a) sign on their terms (which is still for a healthy amount of money) or b) sit out the entire year and re-enter the 2017 Draft.

My guess is the holdout will end but that doesn’t mean their feud will.

From the hold out to the strung out, last week the perennially troubled Todd Marinovich was found by authorities naked with a big bag of marijuana.  Fortunately every time I’ve passed out naked with a bag of weed by my side, I was in the comfort of my own home and it didn’t make the headlines.  Marinovich has a little more pull. 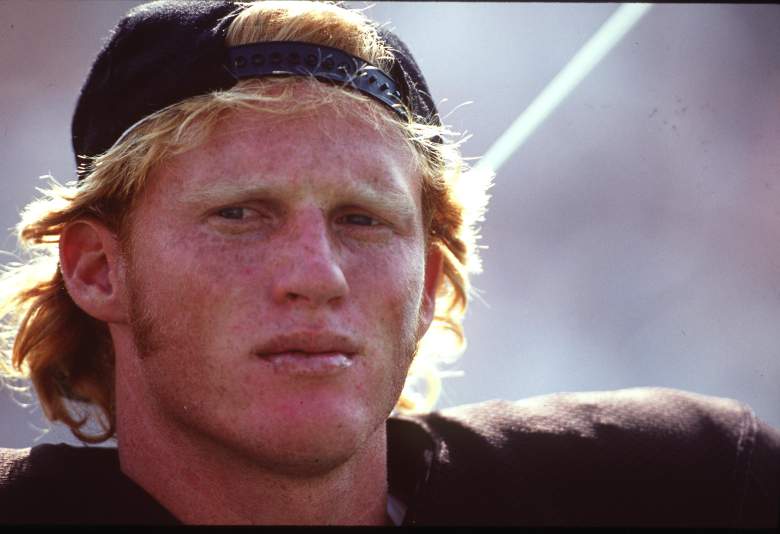 Addiction is no laughing matter and Marinovich has struggled with substance abuse ever since he was selected in the first round of the 1991 Draft.  Back then, the Raiders signed him to a three year deal worth $2.25 million.  Take that, Joey Bosa.

Marinovich ultimately struggled, however, only throwing eight career touchdown passes in the NFL.  He has also struggled in his personal life.

His recent arrest brought his name back to the forefront and reminded us all not only of his rap sheet but of how little the league helps its former players when it comes to these matters.  One can only hope this story has a happy ending for Marinovich but this latest relapse makes that seem considerably less likely.

About a month ago, ESPN released their 30 for 30 documentary on the mid-80s Mets, spotlighting the ups and downs of these two athletes in particular, who were both once thought to be Hall of Famers but now we’ve forgot even existed.  Seriously, prior to that airing, when was the last time you mentioned either of their names? 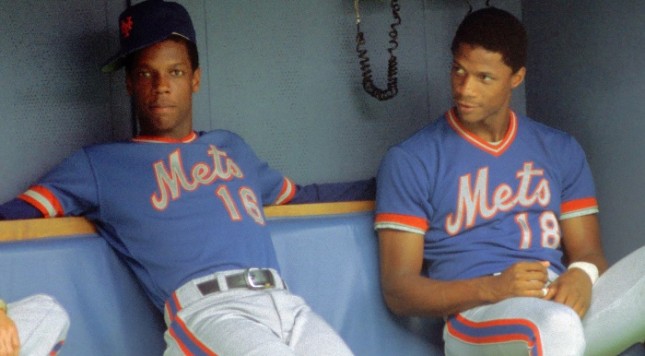 Apparently Darryl told one media outlet that Doc was back in trouble, calling him a “complete junkie-addict” to which Doc replied “I am healthy. I don’t have a drug problem. I mean, I am an addict [but] that don’t mean I’m an active addict.”

I’m not sure what’s going on between these two or with Marinovich but it is clear these are three troubled souls who need to face their demons before their demons end up facing them.

Considering I live in the Tampa Bay area, I’d be remiss if I didn’t bring up what everyone else in the area is talking about.  THAT GOD DAMNNED KICKER!!!

In case you live in a state where football is unimportant (and God help you if you do), you’re probably aware that the Buccaneers “wasted” a second round pick on a field goal kicker.  Wasted is probably a harsh term but for those in the Bay area overreacting lately, I’d say wasted is putting it lightly. 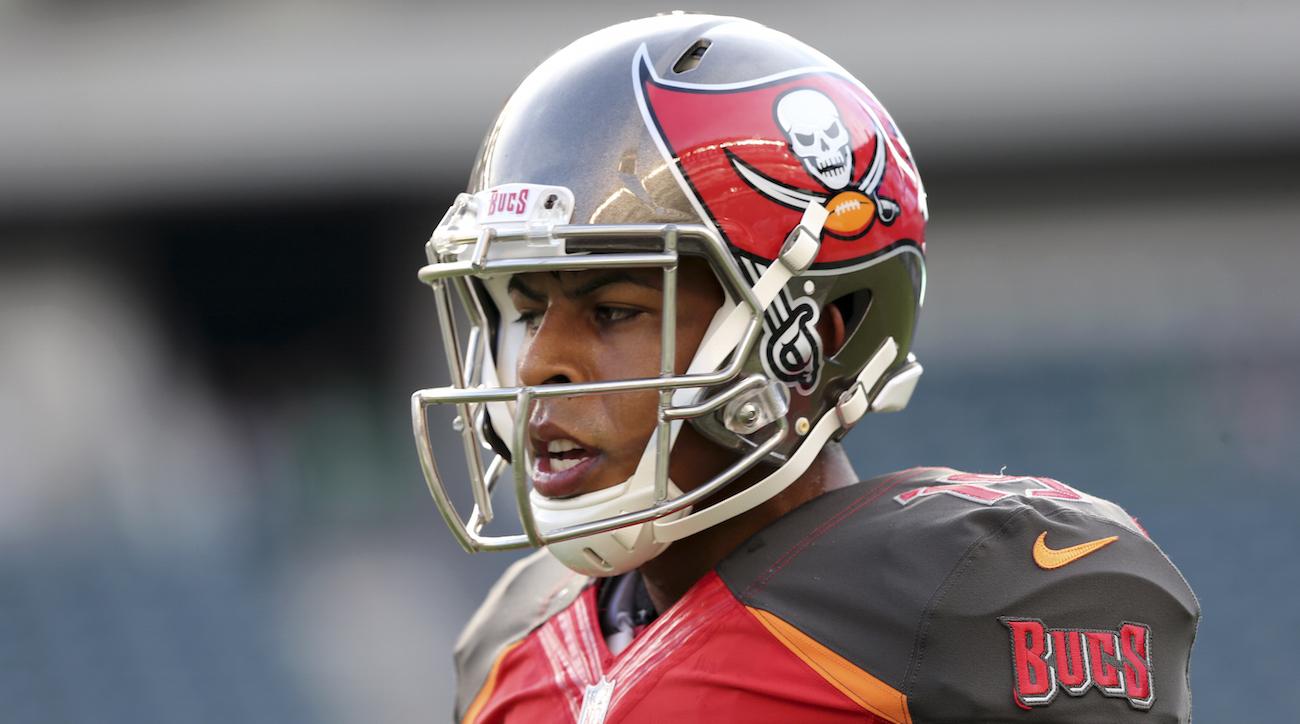 For those of you unfamiliar with the in’s, out’s and what-have-you’s of the NFL Draft (and God help you if you are), kickers generally aren’t taken that early, if at all.  Aguayo, however, was the most efficient kicker in NCAA history.  Aguayo also hails from a school where another kicker was chosen early: Sebastian Janikowski in 2000.  Janikowksi still plays in the league at 38 years old.

It is far too early to press the panic button unless of course you’re a reactionary Buccaneers fan of which there are plenty.  After struggling early on (and by early I mean through his first two pre-season games), it got so bad that season ticket holders were booing him in practice.  Now you know why I once called Tampa fans some of the worst in the NFL.

When’s the last time you recall an athlete getting booed BEFORE PLAYING IN A GAME THAT COUNTED?

Aguayo returned to expected form in the third season game against Cleveland but don’t be surprised, if and when this kid misses a chip shot in the regular season, and it will happen, the boo birds return.  So much for making a guy feel welcome!

In the history of mankind, no one has ever been called into the principal’s office on good merit.  One gets the impression that Commissioner “Witch Hunt” Goodell has called upon these four individuals, James Harrison, Julius Peppers, Clay Matthews and Mike Neal, with good reason.  Hopefully Pac Man Jones won’t persuade them to stop off at a local strip club and make them late for their appointment.

Al-Jazeera has become synonymous with HGH and dirt-digging.  And if we’ve learned anything from DeflateGate, it’s that the NFL will always win, even when they lose. 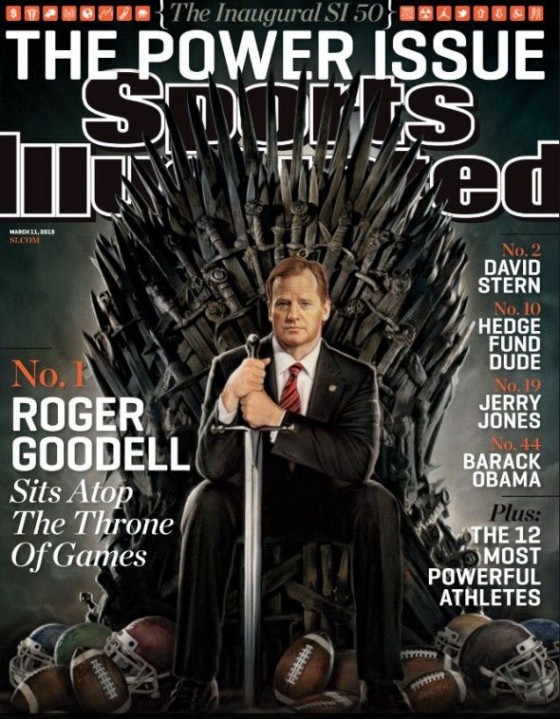 Peyton Manning’s name was also listed in the Al-Jazeera report.  The future Hall of Famer was ultimately cleared of any wrongdoing.

Frankly, I’m tired of hearing from and about Al-Jazeera.  They’re like that narc in high school ratting everybody out and by that I’m casting no aspersions about these players being called into the league office.

If Al-Jazeera wants to investigate something worthwhile, they should look into the quantities of pain meds team doctors prescribe their athletes.  That’d be a report worth reading.

And then there’s the man Philadelphia Eagles have dubbed their once and future quarterback.

In Week One of the preseason, Doug Pederson opted to play their potentially future franchise quarterback, Carson Wentz, only to see him take a nasty shot to the ribs from Tampa Bay Buccaneers linebacker Micah Awe.  It was later revealed that Wentz had a hairline fracture, once again raising the question how much time players should see in the pre-season. 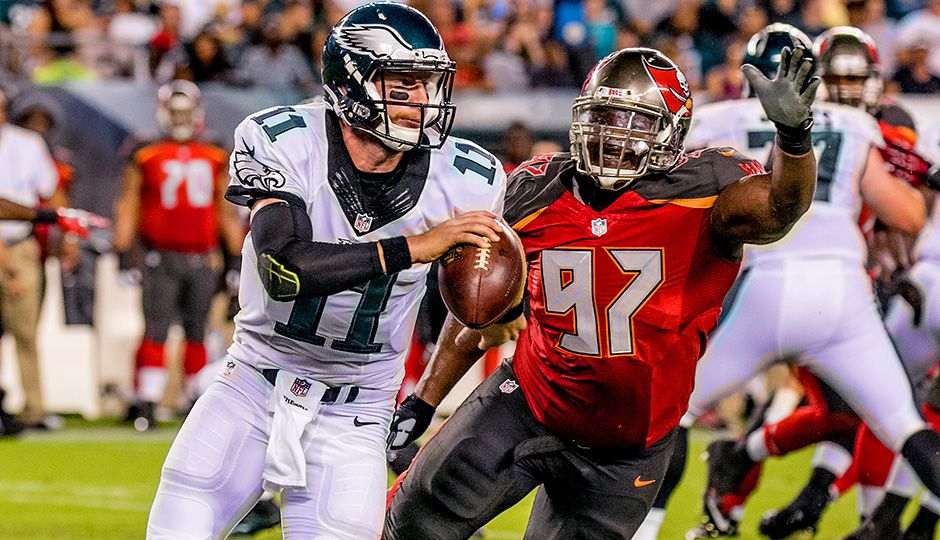 In a move that probably came from above Pederon’s pay grade, Phillly decided Wentz would be shelved for the season.  Philly has had a questionable history of drafting quarterbacks lately from Matt Barkley to Nick Foles to Mike Kafka to Kevin Kolb to AJ Feeley, meaning the Wentz injury had to smart.  The Eagles haven’t drafted a quarterback this high since Donovan McNabb was taken at the same position (second overall) back in 1999.

And so the Eagles will suffer through another year of Sam Bradford while Wentz heals his ailing ribs.  We’ll soon see whether the decision to play Wentz will be the first straw that broke Pederson’s back.  No pun intended.