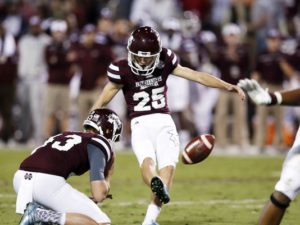 In Starkville, Mississippi, a junior field goal kicker lines up from 29 yards away to give his team a hard-fought, last second victory.  The ball sails left, clanking off the goal post.  The heavy underdog South Alabama would escape with what some statistical analysis proved to be the biggest upset college football had seen in ages.

In Green Bay Wisconsin, over 1000 miles from their home in Baton Rouge, a football team, who many thought would win a national championship behind the strength of their highly-hyped Heisman candidate, would lose to an unranked Big Ten team.

Another school far more known for its basketball program allowed a 21-7 first quarter lead to slip away, ultimately losing at home by nine.

In Gainesville, Florida, on a wet field, another SEC powerhouse struggled against what was thought to be an inferior team for three quarters until finally pulling away.

In Nashville, two teams nobody expects much out of combined to put up only 26 points in a game that one team had to win.

On their home field, yet another SEC team hosted one of the best teams in the nation, and played them well, but ultimately also lost.

And on Monday night, in Orlando, Florida, another ranked SEC team, once led by 22 and ended up getting steamrolled and losing by eleven.

I’ve had some rough weekends before but goodness! 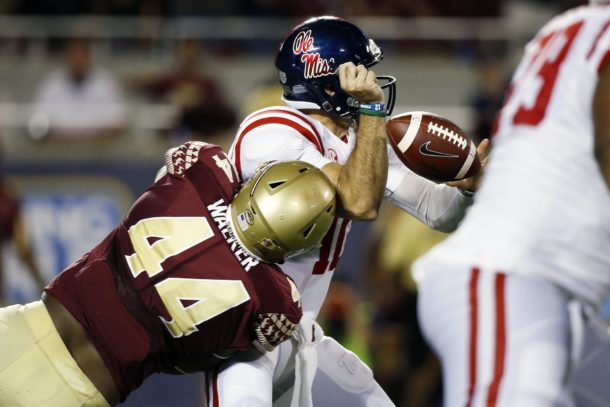 After opening weekend, SEC teams are a combined 7-7 for probably the first time ever.  That’s a whole lotta losses for a conference that’s supposed to be far and away the best in the nation with no other conference coming a close second.

Please allow me to take off my SEC apologist hat off for one moment and be the first northerner who lives in the south to tell you that while the sky is not yet falling, objects in your rear view mirror are closer than they appear.

In the coming months, pollsters will look back on opening weekend and remember that while these SEC beat up on each other all season long and look good, and probably are, the gap between this power conference and the others isn’t as wide as we once thought.

Sure, Alabama beat the crap out of USC but let’s be honest.  USC is in a world of disarray and Alabama is in a class all by itself (four national titles in seven years).

It’s not time to press the panic button quite yet.  The talent SEC teams put out year after year, and yes, even this year, rivals if not exceeds the talent of every other conference in the nation.

It just didn’t this weekend.

2 Replies to “Oh, no! We suck again! The auspicious start to the SEC’s season”