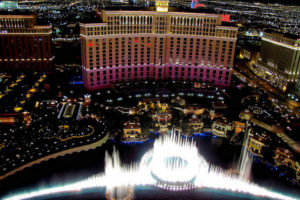 Ladies and gentlemen, participants from around the globe, in only one week of “gambling” on football, you have helped me prove my point.

Gamblin’ ain’t easy.  If I’ve said it once, I’ve said it a thousand times.  There’s a good reason there are so many casinos in Las Vegas.

Seven people entered the opening week of my first annual $100 giveaway.  Only ONE of us ended up with positive points and she’s a NASCAR fan who’s never officially wagered on football in her life.

This means it’s still anybody’s ball game, including people who haven’t yet entered so get your entries in and tell all your friends that $100 of my money can be theirs just by proving they’re luckier, er… know more about football than anyone else.

Please allow me to remind you of the rules of this contest.  Each week, you must choose five games based on the point spreads I’ve listed below.  You must assign them confidence points, five to the one you’re most confident about, one to the game you’re least confident about.

If you predict correctly and your team comes out a winner, you earn those points.  If you do not, those points will be subtracted from your weekly score.

Here are the standings to date:

In case of a push, such as the Giants minus one last week (Final score: Giants 21, Cowboys 20), I have decided to neither add nor subtract points but rather give a neutral zero.

The show must go on.  Tell your friends.  All they need to do is pick games correctly and be leading by season’s end.  Remember, participants MUST play at least ten weeks to qualify.