I wrote a series of posts about five years ago.  To this day they remain the highest traffic this website has ever seen.

On a whim, I decided to rank what I thought were the greatest sports altercations of all-time.  The list went something like this: 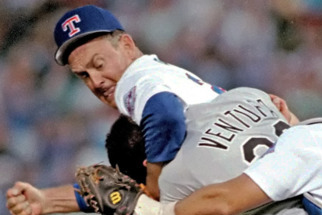 1 – Ron Artest vs John Green (The Malice at the Palace)

For each altercation, I included video, a brief history of the event and an explanation of why I ranked it where I did.

The posts went viral, receiving 60,000 hits the very day I posted them.  There’s a reason for that.  Aside from being incredibly well-written and spot-on accurate, people like rankings. 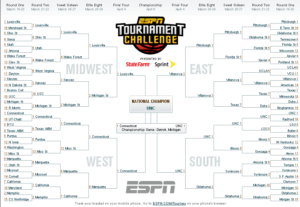 Every March, college basketball teams are seeded, one through sixteen in groups of four, as they fight to be the last team standing.  Likewise, we seed baseball teams in October and NBA teams in June.  And every pre-season, whether it’s the coaches, sportswriters or some other random pollster, we rank college football teams based on a) how good we think they are and b) where we think they’ll be ranked at the end of the season.

It’s an obvious stab in the dark but it’s how we predict how the chips will fall during the college football season.

Like any prediction, they’re bound to be wrong.  But how wrong are they?  Let’s take a look at a recent, small sample size.

I could go on but a few things are clear just by looking at the polls I’ve listed above. 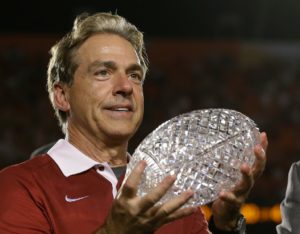 The first is that any preseason poll that includes Oklahoma is destined to be wrong from the get-go.  The second is that, as long as Nick Saban and Urban Meyer are coaching Alabama and Ohio State respectively, it’s a safe play to include them in your top four.  Other than that, determining your national champion in August is a total crap shoot.

In 2014 and 2015, pollsters actually got two correct, signifying some sort of progress, we think.

If nothing else, polls are indicative of our reactionary nature.  For example, after beating Ole Miss in Week One, Florida State jumped to third in Week Two and then climbed one more spot in Week Three.  After getting waxed by Louisville, they fell from second to thirteenth while Louisville jumped from tenth to third.

Current rankings mean little but they appease our inherent need to keep things in order even if that order is based solely on yesterday’s newspaper.  Besides, without pre- and early season polls, what would we sports fans have to complain about. 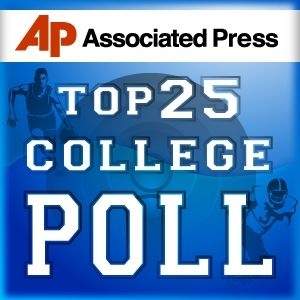 The AP (Associated Press) has been ranking college football teams since the 1930s.  Without doing all that much research, I’m guessing pollsters haven’t gotten all that much more accurate in the almost 100 years they’ve been predicting the outcome of football games.  Lord knows I haven’t.  Sure, even a blind squirrel finds a nut every so often but trying to figure out which will be the last team standing is far more difficult that it seems even if two of those schools do have Saban and Meyer calling the shots.

So for all those clamoring that we do away with these polls altogether, I ask you what’s the point and what’s the alternative?  The point is to establish some semblance or order by using pollsters’ best educated guesses.  If polls didn’t exist, we’d still argue about the top teams in the nation, just without any basis of comparison.

In the past two years, college football has finally evolved to allow (what we think are) the best four teams to play for a championship each January.  Progress has been made.  As irrelevant and often quite flawed as they are, pre-season polls are a stepping stone in that process.

Without them, we’d struggle with our need to rank.  We’d also miss having something to complain about.

4 Replies to “The triviality yet inherent necessity of preseason polls”