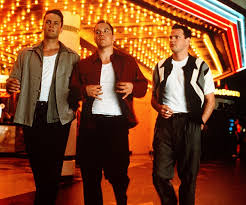 Five guys walk into a Las Vegas casino.  They’ve arrived in Sin City only hours ago.  They have unpacked their bags, showered, put on their best attire and hit the strip for what promises to be a wild night out on the town: a fancy dinner, complementary adult beverages, perhaps a show and of course, gambling.

All of them are wide-eyed, open to the possibilities of what could happen that if they only bet big and more importantly win big.

The thing is… they’re all wrong.

It’s an illusion.  Sure, they’re having a good time and money burnt is justified as money well spent but far more often than not, if you count your finances penny for pound, you’re leaving Las Vegas down.

I’m not here to bring down Vegas.  I’m as guilty as the next schlemiel that walks down the casino hallways, doused in whore juice, thinking tonight is my night.

As you’re about to see, rarely is it anyone’s night, so save yourself the cologne.  This, my friends, is our season-long study in wagering.

Here are our current standings.  With 11 players in total, only three are making money on the season:

If you look towards the bottom of this list, particularly around the double-digit negatives, you’ll find a healthy group of men who love sports, write about sports and pretty much think they know all there is to know about sports.  I’m one of those men. 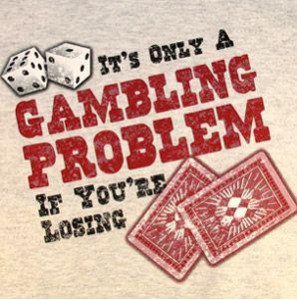 We accentuate the negative.

Well, I’m here to tell you all is not lost for we only have further downward to go.  Who among us will be the first to climb out of the doldrums and who will embarrass themselves even further?

But enough about our futility, on the field it was another wild week in the NFL with injuries abound.  The New England Patriots are playing roulette quarterback… and still winning, which is more than I can say for any of us.  Adrian Peterson and Teddy Bridgewater are both lost for the season and, likewise, the Vikings keep winning.

The Rams can’t seem to score an offensive touchdown but somehow the Seattle Seahawks are worse than them.  In Denver, fans would be asking “Peyton who?” if he wasn’t on every third commercial.  And a new savior has arrived in Philadelphia.  In fact, I do believe they’ve already started erecting a statue in Carson Wentz’s honor outside Lincoln Financial Field.  After all, it’s so unlike Philadelphians to get their hopes up about their sports teams.

And so we move on to Week Three’s betting lines.  You know the routine already.  If you don’t, here’s the link to Week One which should hopefully explain things pretty thoroughly.  Pick five teams that will or will not cover the spread and assign them confidence points in the comments section below.  Speedbeagle, show ‘em how it’s done.

Good luck climbing out of the cellar, boys and girls.  Until next week, gamble wisely!