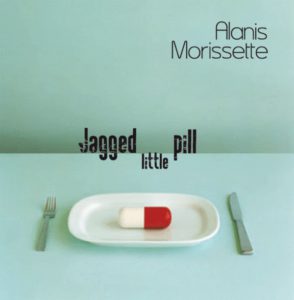 It’s times like these where I have to convince myself I know something about football.  I try, I really do, but these first three weeks have been a jagged little pill to swallow.  Just ask my bookie.

Welcome to your ‘Don’t Believe the Hype’ edition of this year’s $100 giveaway contest.  Before we get to the easily predicted allotment of negative scores, let’s try to make sense of what the hell is going on in the NFL.

Eventual Hall of Fame quarterback Peyton Manning retired from the Denver Broncos at the end of last season.  All was thought to be lost when they couldn’t sign Brock Osweiler as his replacement.  Guess what.  Some guy nobody has ever heard of named Trevor Siemian (yes, I had to look up his name and how to spell it) has taken over seamlessly.  The Broncos are 3-0.

The Patriots have lost not only Tom Brady but his replacement (Jimmy Garoppollo) and his replacement’s replacement (Jacoby Brissett).  This week they’ll be starting a wide receiver at the quarterback position.  The only time baseball teams’ run out of pitchers is when they’ve exhausted them all and the game is a blowout.  This season has been a blowout for the Patriots too… in the opposite way.  They are 3-0 and have outscored their opponents by a combined 36 points this season.  Of their recent streak, a friend of mine quipped the Patriots are “doing God’s work.”  I think he’s right. 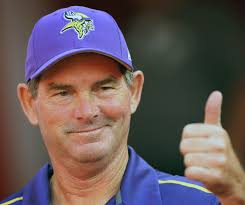 The Minnesota Vikings lost their eventual Hall of Fame running back.  When Adrian Peterson opted for meniscus surgery, ending his season, we naturally assumed all was lost.  After all, they also lost Teddy Bridgewater and were forced to start the ever-travelled Sam Bradford.  The Vikings are 3-0 and their head coach Mike Zimmer is drawing Belichickian comparisons.

The Philadelphia Eagles wentz (see what I did there?) from losing their quarterback of the future in the preseason to him being the second coming of Ron Jaworski.  The Eagles are 3-0.

In the absence of the brittle Tony Romo, the Dallas Cowboys are starting rookies at both the quarterback AND running back positions.  They are 2-1.

And let us not forget that Baltimore, who finished last season a rather un-Ravenlike 5-11, is also currently undefeated.

I have no idea what’s going on and it shows on my betting ledger.  Apparently there are guys other than quarterbacks and running backs on the field.  Oh… and there’s this thing called “defense” that tends to have an effect on football games, particularly if it’s played well.

The six teams mentioned above are all top ten in the NFL in points allowed.

Perhaps in the future I’ll adjust my wagering ways accordingly like that’ll make a bit of difference.

And now… onto our standings.  As you can see, it’s still a bloodbath with 12 entries and only 2 of us positive.

Either you guys are trying to make me feel good about my misguided wagers, which is mighty kind of you, or you’re as confused about this season as I am.  I’m opting for the latter.

Here are Week Four’s betting lines.  I’d wish us all good luck but we wouldn’t know what to do with it.

18 Replies to “Week Three Results, Week Four Lines and Why Not to Believe the Hype”