This is a down year for the NFL.

Do you know how I know that?  It’s not because all the networks which air their product claim ratings are down over 10% from last year.  That could be just random disinterest of perhaps we’ve found better ways to spend our Sundays. 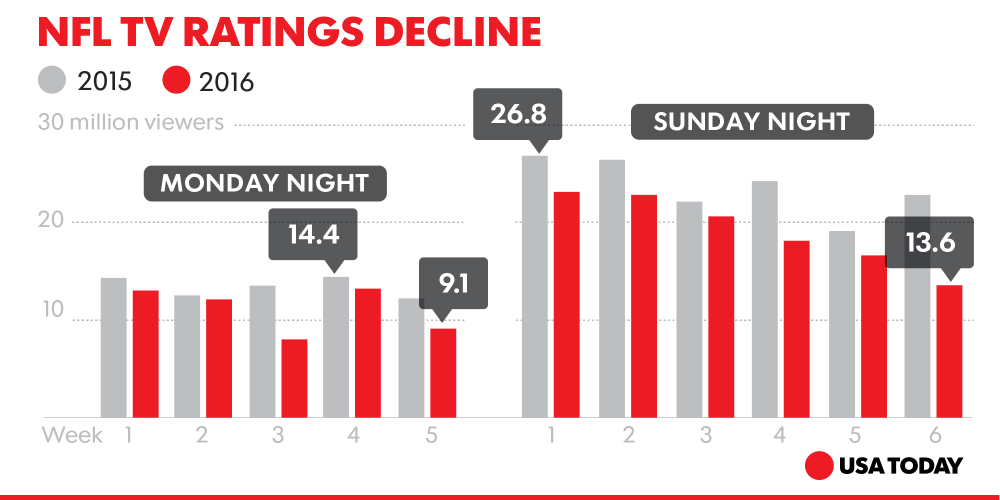 No, the NFL is experiencing a down year because you can’t tell me who the fourth best team in the league is.

Go ahead, try it.  I’ll give you the Cowboys, Patriots and even throw in the Seahawks, who are playing some pretty good football right now.

But of the remaining teams 29 teams, who would you say is the fourth best team?

At 8-2, the Raiders are the only viable option… but do you trust them?  Are you willing to go out on that promising yet still flimsy, silver and black limb and say the Raiders are ready to make a serious playoff run?

Even if I grant you the Raiders at number four, there’s a pretty healthy drop off after that, a steep and narrow cliff dive into a sea of NFL mediocrity. 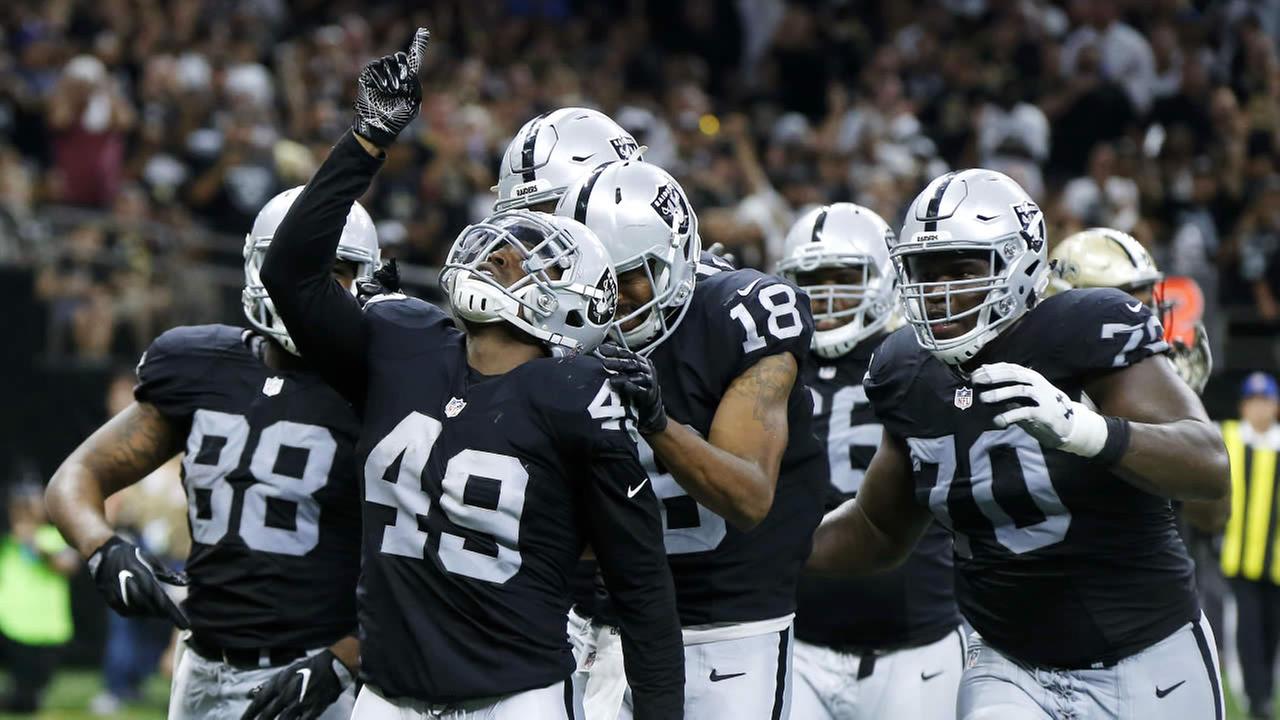 The Chiefs, Broncos and Giants all have seven wins.  Are you prepared to tell me with a straight face that those teams are really good?    Then we delve into the fantastically average, nothing to write home about 6-4 category which includes the Dolphins, Texans, Lions, Vikings, Falcons and Redskins, who are actually 6-3?  I give them a solid two thumbs meh.

The AFC North is an absolute cluster.  The better than last year Ravens are tied with the horrifically worse than last year Steelers at a dazzling 5-5.  The Bengals are a team moving in reverse and the Browns are well, the Browns.

The AFC South is equally bad.  The fact that a team has to win this division is charity on the league’s part.  And out West, the Chargers suck yet again.

In the NFC, the Eagles quickly sunk from first to last because they can’t win on the road.  The Lions, I repeat, the Lions are leading the NFC North after four straight losses by the Vikings and the Packers having turned into the Bears.  The NFC South is bad (again) with last year’s 15-1 Panthers now 4-6.  Out west, the once Super Bowl favorite Arizona Cardinals are also 4-6 and the Niners are taking a knee on the season at 1-9. 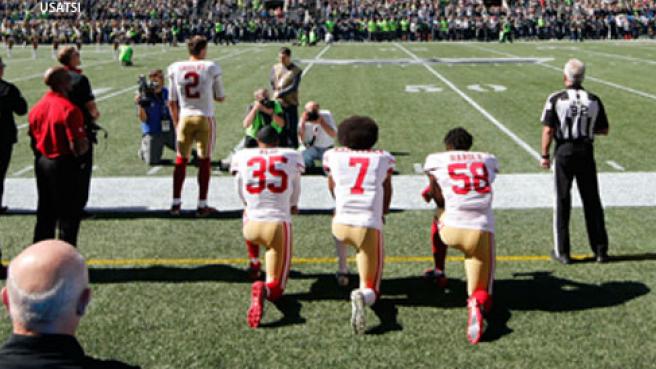 So I ask you, where have all the good teams gone?  Is this parity or just really bad football?

Every Sunday, there’s about one game you can honestly say you look forward to watching.

Want further proof that we’re being presented with a shoddier brand of football?  Last week, a record number of extra points were missed, twelve to be exact.  I get that the league just moved the attempts farther back to make that gimme point a little more tenuous but it’s still a chip shot for most of these guys.

The fact that the best team in the league is run by a rookie running back and rookie quarterback should tell you something.  Everyone else just looks old, even guys that have only been in the league for a spell.  The guy so often touted as the best quarterback in the league is awful.  The young buck thought to be the best thing since John Elway is equally as bad.  And last year’s MVP, well, this year he won’t be getting any votes.

Look, I’m not complaining.  I still spend my Sundays watching football from the friendly confines of SportsChump Manor but that’s mostly because I obsess about my own fantasy team.  I’m merely stating fact:  the overwhelming majority of this year’s NFL teams are not good.

I’m not exactly sure what’s leading to the shitter play but whatever it is, it’s out there in full force and should probably be fixed before ratings drop any further.  There hasn’t been a team yet aside from my aforementioned top three that has wowed me.

What’s even more amazing about this mess we call an NFL season is that not a single head coach has been fired yet.

I’m sure (or rather I’m hoping) this year is just an anomaly.  I know we can’t have historically great teams every season but when’s the last time we had one?  The Patriots are putting the finishing touches on their dynasty and I’ll even give you the Seattle Seahawks.  But still, I’m left yearning for some really good football and I’m not sure I’m getting it.

I hate to sound like the old codger who’s about to say “back in MY day” but back in my day, in the early 1990s, you had the Dallas Cowboys, led by Aikman, Emmitt and Irvin, the San Francisco 49ers led by Montana (then Young) and Rice and the Brett Favre Packers.  And that was just in the NFC.  In the AFC, you had the Bills perennially coming up one win shy but they were still historically great.

Where are those teams today? 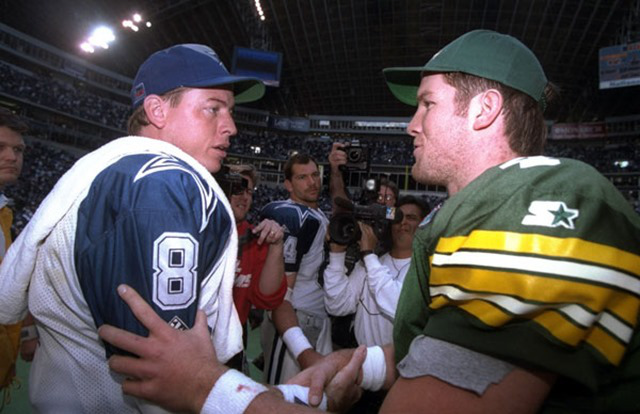 I get that the NFL is a zero-sum game.  For every team that wins, another has to lose (or tie).  But that doesn’t excuse or even explain such extensive mediocrity.

I don’t have the answer as to what the hell is going on.  The problem is neither does the Commissioner.