Last Sunday night, the Broncos and Chiefs squared off in a crucial AFC West battle.  Currently only two games separate three teams in that division.  As the season winds down, the winner of this game would have a huge advantage in the wild card chase.

Tied at 27, the game went into overtime.  With time expiring in overtime, facing a fourth-down decision to either punt or try a very long field goal, Denver coach Gary Kubiak decided to let his generally steady kicker attempt a 62-yarder.

That miss gave Kansas City a chance, with the limited time remaining and advantageous field position, to drive downfield and kick a game-winning field goal of their own… which they did. 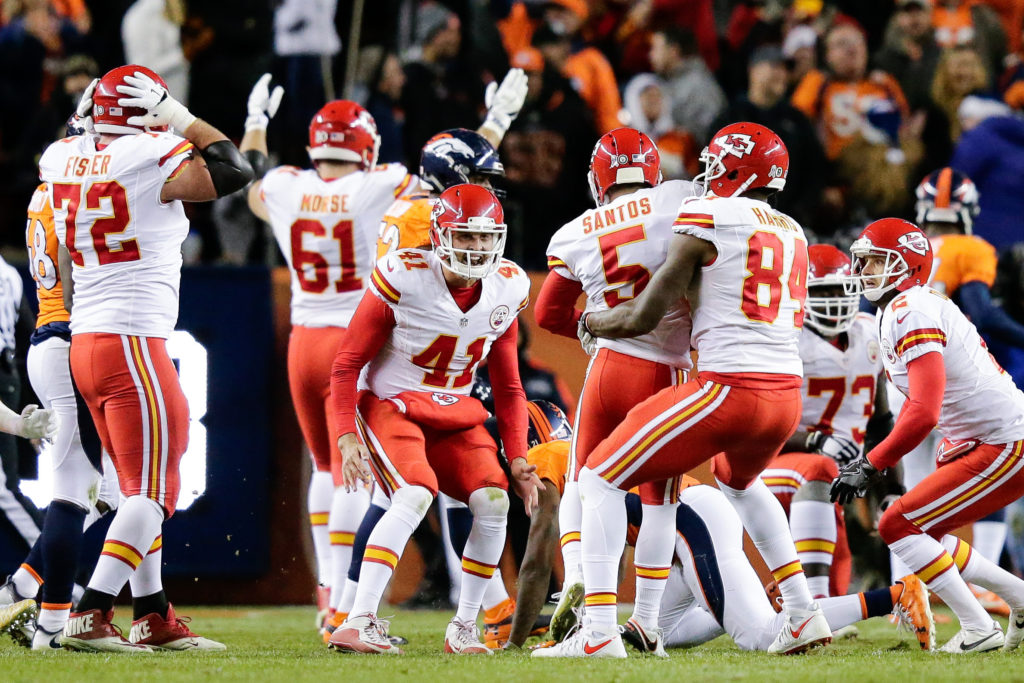 Many Monday morning quarterbacks second-guessed Kubiak’s decision to allow his kicker to attempt such a long field goal in sub-optimal weather but had Kubiak punted and played for the tie, he would have been second-guessed for that decision as well.

NFL coaches are paid top dollar to make these calls.  It’s up to their players to execute.  The Broncos could miss the playoffs as a result of that loss.

This past Sunday, the Falcons scored a last minute touchdown to go up by a single point over the Arizona Cardinals.  Like splitting aces or doubling down on eleven at the blackjack table, the book tells you in that situation, you go for two.  The two-point conversion puts you up by three meaning your opponent can only tie with a field goal.

Things didn’t go as planned for Atlanta.  Matt Ryan threw an ill-advised pass to safety Eric Berry (who plays for the opposing team) and who ran it back to turn Atlanta’s one point lead into a one-point deficit.  It was the first time in NFL history a game had ended in that fashion, partially because the rule was recently changed to allow two points if you run one of those conversions back.  Either way, that loss will sting Atlanta for some time to come.

Like Kubiak’s decision in Denver last week, Dan Quinn’s call to go for two was the right one.  The play he called was not. 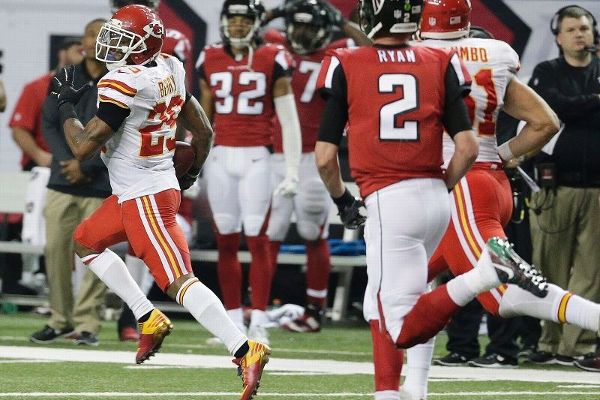 On Sunday night, Panthers coach Ron Rivera was seen talking to his MVP quarterback Cam Newton as they got off the team bus.  At first, no one knew what this was about.  It later turned out that Newton would be suspended the start of the game for not following the team dress code.  Without rules, there is anarchy.  Without a tie, Cam would not start.

In place of the swiftly suspended Newton, back-up Derek Anderson got the nod.  He summarily threw an interception on the game’s very first play resulting in a Seattle field goal and a lead they would never relinquish.  The Panthers ended up losing 40-7. 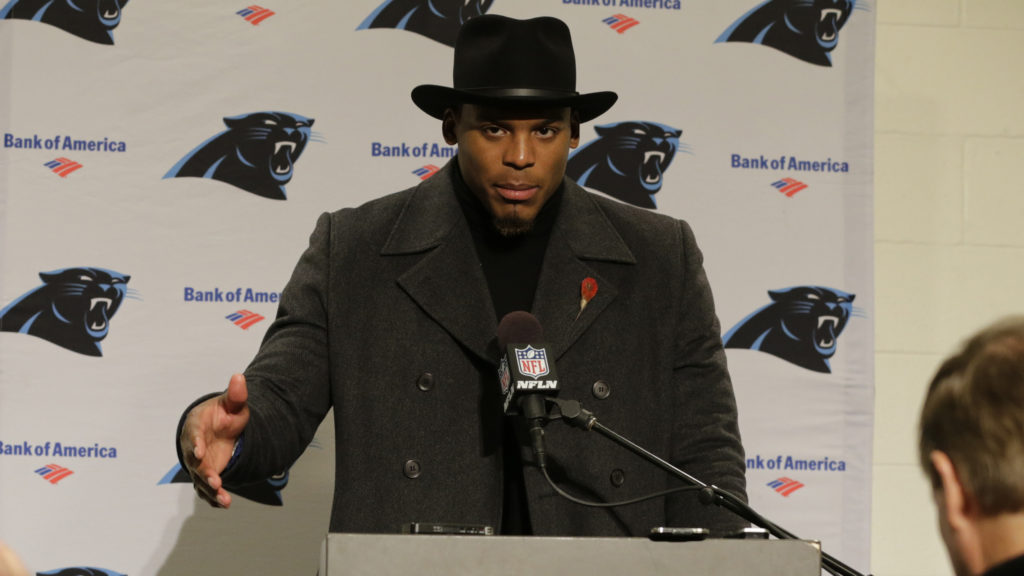 Like Kubiak and Quinn before him, Rivera made a decision that cost him team a win… but was right for doing so.

And finally, we have a coach whose decision may have cost his team the biggest win of all.

Switching to the college ranks, after his team’s incredulous victory in the Big Ten Championship Game, Penn State head coach James Franklin could have lobbied for his team to make college football’s final four.  After all, an argument could have been made.  Instead he took the high road, we think.  When asked whether his team belonged in the college football playoff, Franklin used words like “honored” and “appreciative” and “opportunities” to describe his team’s Big Ten championship… and ultimate Rose Bowl bid.

I’m not one to play hypothetical here but you can bet your bottom dollar if the situations were reversed and a much higher-profile coach like Urban Meyer were the coach of Penn State, he’d be lobbying his ass off to get into that final four.  I get that Franklin wants to set a good example for his kids but screw the politeness; he should have at least made a play for what he thought was rightfully his.

A harder stance by Franklin, while still appreciative of the opportunity, might have influenced a committee to take a closer look at who to include and who to leave out.

Instead, Franklin, his boys and their Big Ten championship will be off to Pasadena. 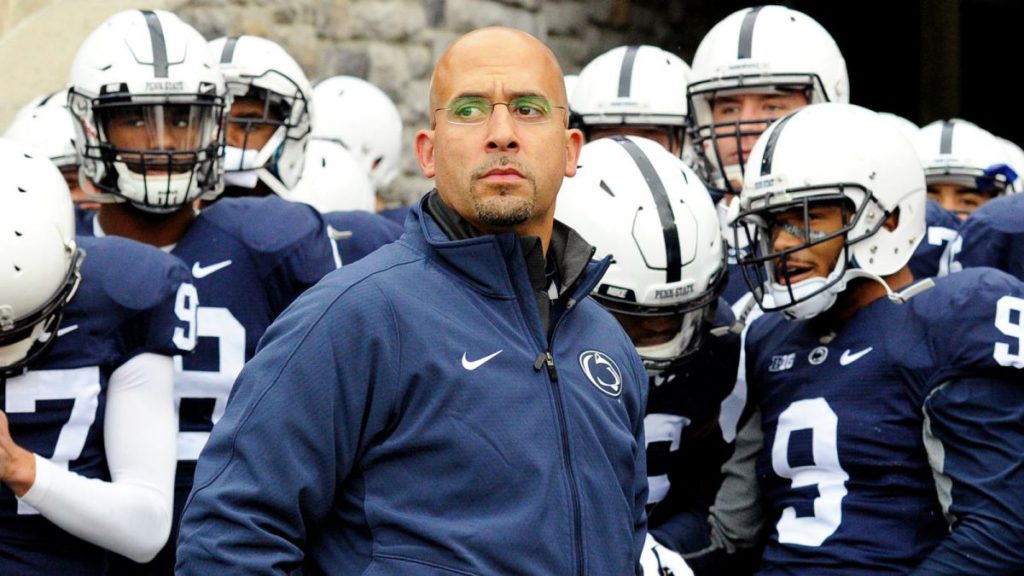 Coaches make tough calls.  They are constantly under the microscope for all us to sit and criticize.  All these coaches made the right calls and ended up getting the short end of the stick.  None of these four suffer from job insecurity, at least not at the moment, but losses are never good for a resume.  And sometimes nice guys finish last.

15 Replies to “Decisions, decisions and the coaches who make them”