I was walking around the mall the other afternoon, looking for last minute Christmas gifts for loved ones (I’m a procrastinator; that’s what I do) when I stumbled into one of those stores that sells calendars, games, toys and what not. 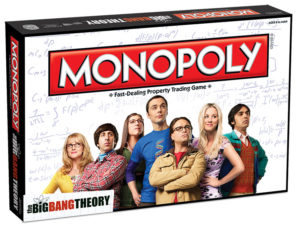 You know the kind.  The stores that sell eighty different kinds of Monopoly boards based on what university you went to, what fast food you eat and what kind of television programs you watch.  Seriously, I saw a Big Bang Theory Monopoly game and a Walking Dead Yahtzee box.  The profit margin on these gifts has to be through the roof, unless of course they pay licensing to the networks, NBA, NFL, NCAA or Major League Baseball, in which case it is those institutions that make all the money while the manufacturers of these products hope for volume sales just to get by.

If you hit your local mall this holiday, you undoubtedly saw stores like these or the inescapable mid-mall kiosks that sell potato chip bowls, party platters, grill spatulas, oven mitts and slippers decorated with the logo of your loved one’s favorite team.

One gift, however, struck me as odd, mostly considering how much they suck.

I mean, if I saw a Browns calendar, I’d probably buy it for someone simply because they’re Browns fans and they don’t have much to live for.  While they suck, at least they have a nice, rich tradition of sucking.  Their fans are faithful and they know their shit.  The Jaguars?  Well, they are simply too sucky to pick on.  Besides, the Jaguars are all that miserable city has too root for other than a day without air pollution, which is far less likely to happen than the Jags’ next winning record. 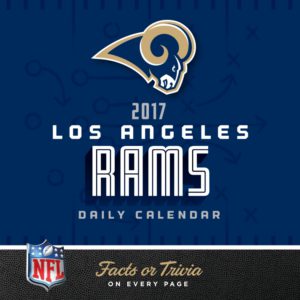 No, upon perusing the shelves for random sporting gifts to buy people, because that’s what the SportChump does, I found a 2017 Los Angeles Rams desk calendar.

I get that maybe if I lived in Los Angeles (I don’t), that maybe, just maybe, I’d buy someone a Rams calendar, assuming I could find a Rams fan to begin with.  They do exist, right?  I did not open the box to see whether each day had a Rams history factoid and a big black “L” scribbled across it.

Last year’s Rams calendar might have been worth something,  a collector’s item if you will, as 2016 was, once again, the first season for this old/new Rams team playing in that city.  Confused?  For a brief and dysfunctional history of the Rams franchise, here ya’ go.  They started in Cleveland (I guess that explains their recent history of sucking) in 1936, later joined the NFL and moved to Los Angeles in 1946 where they stayed (and were quite often competitive) until moving to St. Louis in 1995.  The gypsy ca-Ram-van finally moved back to Los Angeles this year and soon will have a state-of-the-art new stadium in which to lose their football games.

As expected, the 2016 Rams weren’t any good.  They are currently 4-11 and this year’s Christmas present to their fans (not a calendar) was losing at home to the equally bad if not worse San Francisco 49ers, which had lost 13 straight… until they played the Rams.  It’s a good thing no one in Los Angeles is paying attention.

The good news for Rams fans is that they have their quarterback (maybe) and running back (do they?) of the future and they recently fired their coach who simply didn’t fit in with the new team concept.  Nor was he able to embrace the team’s past superstars (see: Fisher vs. Dickerson I).

We here in the Tampa Bay area have just experienced a ten year drought of suckiness with the team only now starting to emerge from the wilderness so we can relate to Rams fans.  But is there anyone even in Los Angeles proper that received this calendar as a Christmas gift and genuinely sighed “Just what I always wanted?”  Again, trust me.  They were far more content with the Fisher firing. 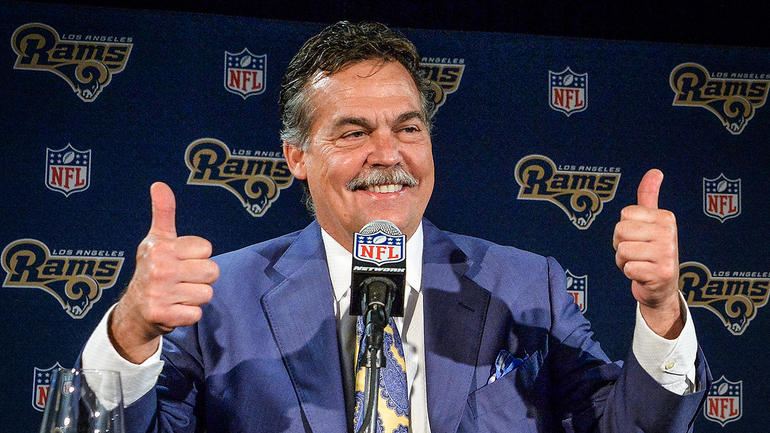 In one week, the Rams’ season will (thankfully) be over and our little calendar buddy will hit the sales rack, until about March or April when he’ll be marked down again.  Then, in June, he’ll probably be sent over to the Salvation Army or Goodwill where even there, shoppers will have enough sense to not buy this calendar.

I honestly can’t see why anyone would buy this gift… unless Eric Dickerson wanted to send it to coach Fisher a gag.  Then, and only then, would this giving this calendar as a gift would make perfect sense.

14 thoughts on “The least desirable Christmas gift ever”