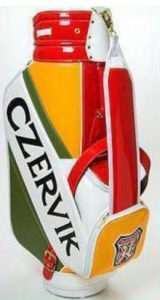 “Czervik?  Czervik?  Is Al Czervik here?” asked the man standing at the front of the room, microphone in his hand, as if he were Ben Stein waiting for Ferris Bueller to answer.

There were a few, muffled chuckles in the room for those of us who got the joke.  Even for those who didn’t, the name sounded familiar.

As the sun set down on the course around us, a hundred or so men (and women) sat in the clubhouse stinking of golf, beer and cigars.  I was one of those hundred.

The lot of us had just finished a local tournament for a good cause.  Between sold mulligans, silent auctions and entry fees, over $40,000 was raised for local charity.  On top of that, the weather was absolutely beautiful.  The temperature was high; the golf scores were higher.

As many of you might know but some of you might not, during tournaments such as these, there are prize holes rewarding good performance.  Very often, you’ll have some local car dealer offering up one of their vehicles on a particular par three.  If someone hits a hole in one, they get to take home the car.  I’ve never seen it happen nor have I ever heard of it happening so their insurance policy is pretty sound.  Tourneys also have longest drive, straightest drive and longest putt.  Prizes, not automobiles, are awarded for all.

The man standing at the front of the room waiting for Al Czervik to respond was reading his name off one of the prize hole’s, winning cards.  When one wins closest to the hole or longest drive, one takes the marker that is left on that hole, writes his name on the sheet with the attached pencil and sticks the holding post back into the grass where his ball has landed.

Al Czervik was today’s winner for longest putt.  Except there was no Al Czervik.

Well, there is but he’s a fictional character, one we all know and love and one, if you’re any sort of self-respecting, amateur golfer, has quoted before.  “You buy a hat like that, you get a bowl of soup with it.”  “How’d you like to make $14… the hard way.”  “Somebody step on a duck?” 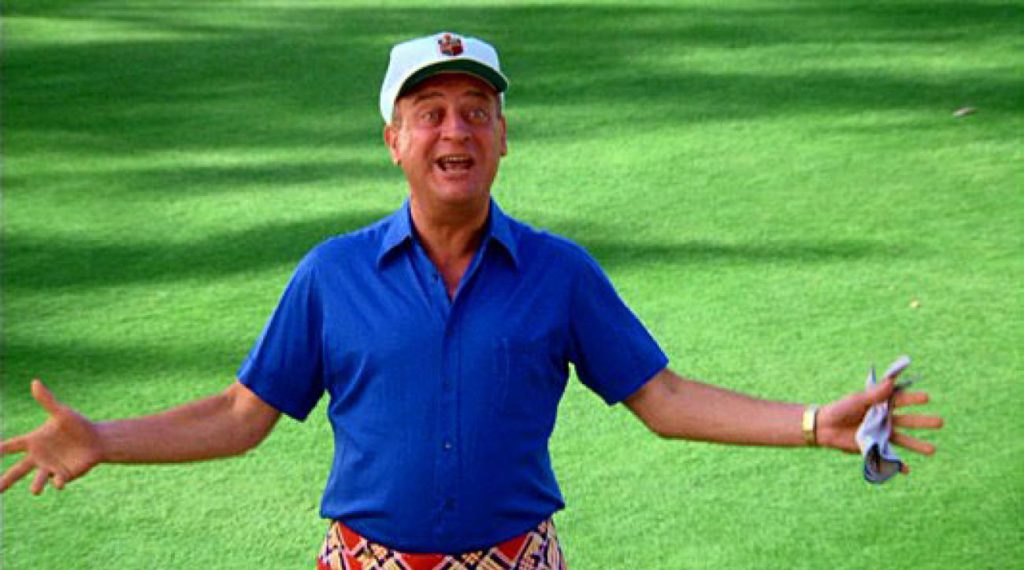 Al Czervik is the man who Rodney Dangerfield plays in his very first feature film, Caddyshack.

Someone at the tournament was playing a joke and a good one at that by putting Czervik’s name on one of the prize holes.  I’m pretty sure that’s not the first time that’s ever happened and I’m positive it won’t be the last. 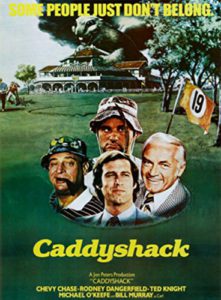 If you’ve ever played golf or even if you haven’t, you’d heard someone quote Caddyshack.  It happens almost every round.  That’s the brilliance of the movie.  Nearly forty years later, people quote movie lines from this ingenious work.  I’m not talking about famous one-liners like “Play it again, Sam” or “We’re not in Kansas anymore” or “I’ll have what she’s having.”  I am talking about line after line from a movie that is effortlessly quotable and sustainably hysterical.

One could make the argument (and I think that’s what I’m doing here) that Caddyshack is not only the greatest comedy of all-time but that it is also the greatest sports movie ever made.  And not a single Academy Award, ya’ know, for the effort.  What a shame.  We all know how the Academy feels about comedies, which is ironic considering the show they put on Sunday night, announcing the wrong picture for Film of the Year during the show’s final moments, but I digress.

The folks in the clubhouse were having a good laugh as the guy announcing winners didn’t so much as chuckle which means a) he lacks a sense of humor and/or b) he’s due for a Caddyshack viewing asap.

I won’t bore you with Caddyshack trivia like the fact that it was Harold Ramis’ directorial debut or that it was Ted Knight’s last film or that all of Bill Murray’s lines from the film were improvised.  What I will say about those in charge of the film is that they managed to create a work of art that has lasted to this day and every reference even in passing is a perfect tribute to all those involved with its brilliance.

So they’ve got that going for them… which is nice.

10 Replies to “Celebrating the longevity and brilliance of Caddyshack”