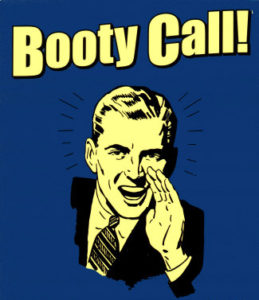 I used to have a friend, still do actually, who used to preach the expression “Know your place” when it came to women and relationships.

I would talk to him regularly about my goings on with the opposite sex.  Many moons ago, there was one woman in particular that I would mostly call at three in the morning, you know, for some late-night accompaniment.  And she would answer.  Naturally, this woman wanted more than I was willing to give but the only call she ever really got from me was the proverbial booty call.

I talked to my friend about my dilemma, explaining how the woman wasn’t catching on.  That’s when he coined the expression “know your place.”  How long must it take for someone to realize, that when the only call they receive is a convenience call at three in the morning, that they’re not dinner date material but more of a straight-to-the-sack kind of gal.

The same can be said for team sports.

Indiana University recently fired head coach Tom Crean.  He had been with the school for nine seasons.  He finished with a 166-135 record and had a few sweet 16 appearances, which isn’t horrible but also isn’t quite up Indiana standards.  After an 18-16 season this year and a sub-.500 conference record, Crean was summarily fired and replaced with former Dayton coach Archie Miller. 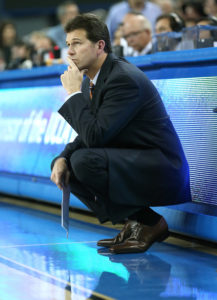 Prior to the Miller hiring, UCLA coach Steve Alford was linked to the Indiana gig.  We don’t know how much truth there was to this rumor, whether it was media generated or whether the school had genuine interest, which is by all means believable.  This is not the first time that Alford’s been linked to that gig.  He has deep Indiana roots, having played on their 1987 national championship team, incidentally the last time the school won a national title.  But Alford was still coaching UCLA in the tournament.  In four years, he’s done a fair job at the school (three Sweet Sixteen appearances!) which has a pretty rich basketball tradition of its own.

Although they ended up losing to Kentucky, Alford remained at UCLA.

This off-season, LSU fired their head coach, Les Miles, again.  He was actually fired once before but booster pressure led them to bring him back.  A bad season by LSU’s standards, led to Miles’ second firing.  Head coach of Florida State University, Jimbo Fisher, was rumored to replace him. Again, we have no idea how much truth there was to these rumors.  Sure, Indiana would love for Alford to return to Bloomington and LSU would love to have someone like Jimbo Fisher move his cardboard boxes and family picture frames into his new office on campus… but how realistic is that?

What I’m saying is programs like Indiana and LSU need to know their place.  That’s not to say these schools aren’t steeped in basketball and football tradition.  They both have multiple national championships to their credit.  But they also suffer from the what have you done for me lately syndrome and don’t currently understand their place in the ever-changing food chain of college athletics.

I’m not saying Indiana basketball or LSU aren’t coveted coaching positions.  I’m saying they’re no more coveted than UCLA or FSU.  UCLA to Indiana (basketball) and FSU to LSU (football) are lateral moves at best and very possibly steps down, unless of course the salaries offered are exorbitantly more than these coaches are already making, which they are not.  Schools like UCLA and FSU will spare no expense to keep their coaches in place if they’re happy with them. 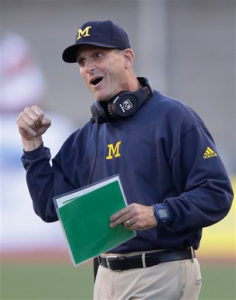 Interleague movement can be a little trickier but just like with college athletics, it all depends on the timing.  Schools like Michigan can pluck coaches like Jim Harbaugh from the NFL for a number of reasons:  1) Harbaugh played football in Ann Arbor b) the school is a perennial powerhouse c) the 49ers are a team in disarray.  Again, programs are in a constant state of flux; various factors weigh into coaches’ desires to work there and vice versa.  For example, considering Nick Saban left the NFL for the NCAA, it can be argued that the University of Alabama is a better coaching gig than the Miami Dolphins.  That might not be true ten years from now but it most certainly is today.

Certain programs are also stepping stones.  Saban’s former offensive coordinator Lane Kiffin left Alabama to become head coach at Florida Atlantic University.  The bridge-burning Kiffin has also been head coach at USC, the University of Tennessee and the Oakland Raiders.  Needless to say, he won’t be at Florida Atlantic long.  After what will most likely be a few winning seasons thanks to recruiting kids crazy enough to play for him, Kiffin will move on.  Florida Atlantic is probably okay with that; the school is not delusional.  It knows its proper place in the pecking order.

Not long ago, Notre Dame was fighting the University of Florida for the right to hire Urban Meyer.  Knowing Meyer had emotional ties to the Midwest, Notre Dame made a (rather laughable) play at landing Meyer, who as we all know ended up at Florida for about three times more money.  He ended up winning two national championships in Gainesville and then moving on to Ohio State where he won another national title and is now the third highest coach in the land.

Despite its ridiculously rich football tradition, Notre Dame did not know its place in the once again ever-changing landscape of college football.

The problem for programs like Indiana and Notre Dame, aside from the fact that they both reside in Indiana, is that they’re out of touch with their current state of affairs.  While their AD efforts to return their schools to the top of the pack are valiant, they should also remain grounded.  Even though Nick Saban’s and Urban Meyer’s don’t grow on trees (and what a grumpy tree that would be), there are shrewd young coaches out there in both football and basketball that are able to build championship programs while simultaneously molding and educating young men.

The trick is finding them… and knowing your place while you’re doing so.

10 thoughts on “Knowing Your Place:  What College Sports Programs and Booty Calls Have in Common”