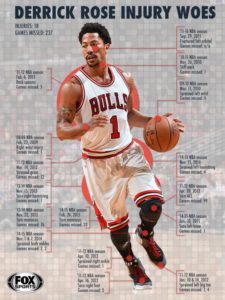 It’s never nice to make fun of one’s maladies… but after the season the New York Knicks have had, one must find a silver lining somewhere.

With only a week or so left in the regular season, the Knickerbockers officially announced Sunday that Derrick Rose will (once again) be sidelined for the season.  You couldn’t have made money off that prediction if you tried.

Rose’s latest injury is the sour icing on the spoiled rotten cake that was this New York Knicks calendar year.  And to think I thought this team would make the playoffs.  This cluster fuck of a season included one of its own getting arrested and tossed out of the building on live television, its oft-injured center suspended twenty games for violating the league’s drug policy, the ever-maligned GM criticized by a Hall of Famer who used to play for him, team ownership reaching unprecedented levels of unpopularity and the team finishing about 20 games under .500.  It’s only fitting that after all that, a guy they owe $21 million injures his leg… yet again.  London Bridge has officially fallen down and it can’t get up.

We here at SportsChump send Derrick Rose a sincere, get well card (we should have bought in bulk) but for the time being, here are a few Tweets that might even make the sickly point guard chuckle. After all, laughter is the best medicine. 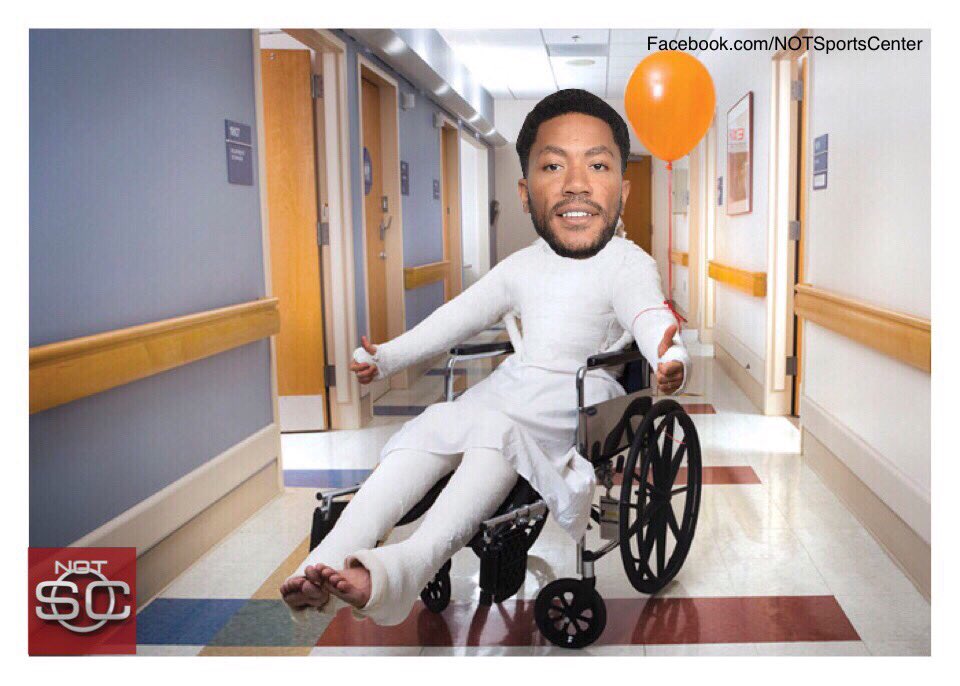 Derrick Rose‘s knees are made of Warriors 3-1 leads.

You’d have to think Derrick Rose has heard the word “meniscus” more than any other human being without a medical degree. 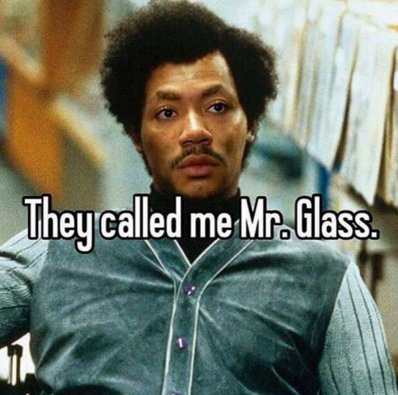 The 76ers have signed Derrick Rose to a 14 year deal.

At first I thought the Derrick Rose injury was another April fools joke, but then I remembered it was Derrick Rose

Wouldn’t it be easier is ESPN did breaking news when Derrick Rose was healthy? 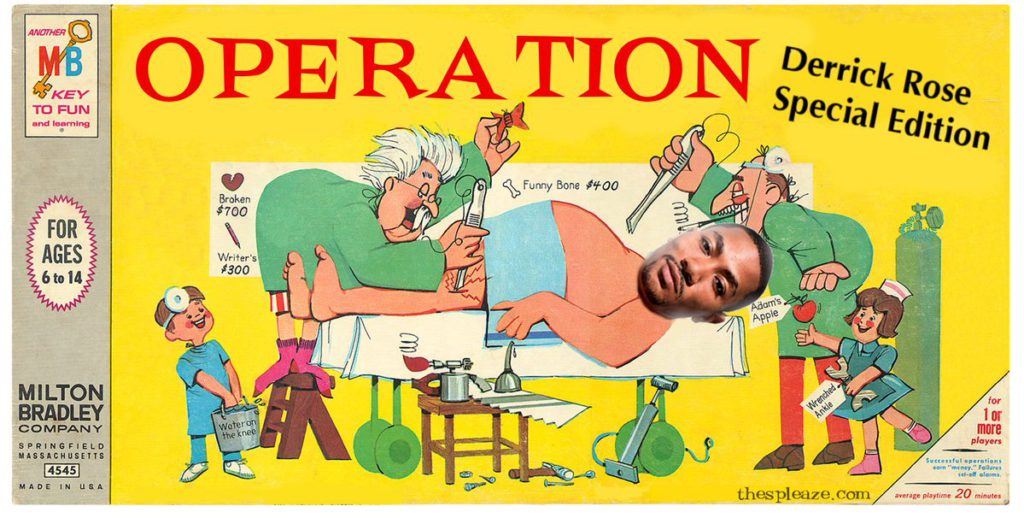 Perhaps Derrick Rose missed his calling. Clearly God has created his body to work behind a desk in an office

I told Derrick Rose I’d let him borrow my wheelchair, but odds are I’ll need it back pretty soon

Derrick Rose is officially out & needs a 4th knee surgery. He needs just one more knee surgery for a free Subway sandwich.

Does Derrick Rose have a punch card for knee surgeries? Seems like it would be a logical investment

Derrick Rose injured, out for season. In related news, the sun came up today.

Steve Austin? This is Derrick Rose. We need to talk.