It happens every year.  As reliable as the sun setting in the west or Blake Griffin getting hurt in the playoffs, some soon-to-be millionaire does the most inexplicable thing, costing himself a well-established reputation and more importantly, a bundle of cold hard cash. 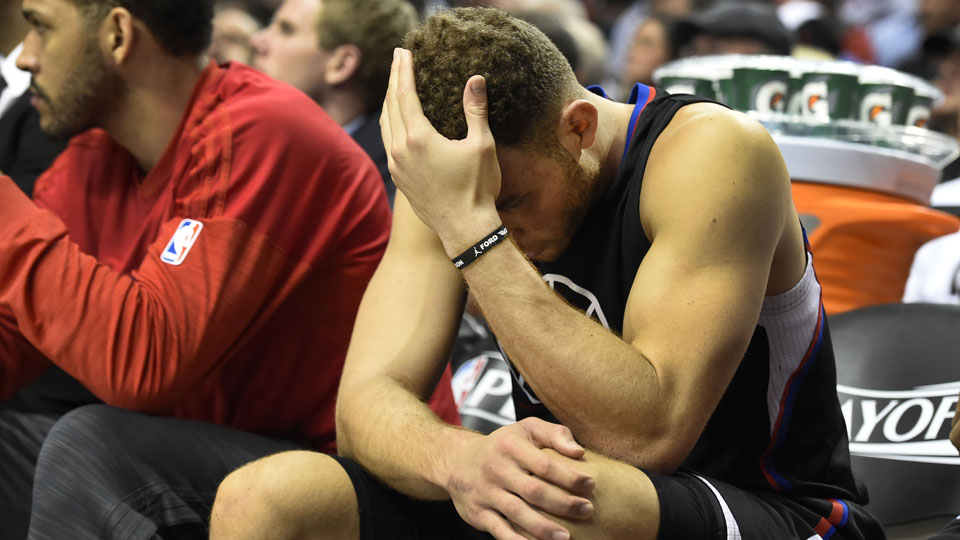 As soon as the final moments tick off the Super Bowl clock, ESPN, and countless other sources for all things NFL, prepare their mock drafts as if they have nothing else better to do.  As if any of these “legitimate” news sources have any idea who’s going to draft whom when every single NFL war room is clandestinely mums the word.

Anything can affect a college football player’s draft stock, both to his benefit and to his detriment.  This is high stakes poker at the highest level.  Some kid we’ve never heard of before rattles off a 4.3 40 and his draft value skyrockets overnight.  Run a slow one and it might spell doom.

More than anything else, bad publicity outside the combines can negatively affect the round in which you’re drafted and the money you’ll be making right out of the gate.  While the old saying goes there’s no such thing as bad press, tell that to Joe Mixon.  Screw up before draft night and you stand to lose big.

The NFL revised what it paid its rookies back in 2011 right after Sam Bradford proved first-handed the system was broken.  He cost the Rams $78 million without ever throwing a pass in the league.  Last time I checked, he’s still not allowed back in St. Louis. 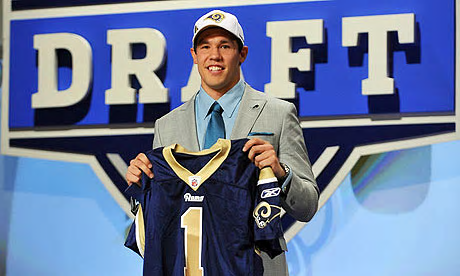 Make no mistake about it, top draft picks still get paid.  They just don’t get paid Bradford money.  Last year’s number one draft pick, Jared Goff, ironically also a Ram, will make $28 million over the life of his initial contract.  Carson Wentz, selected number two overall, will make similar money.  Ezekiel Elliott, taken by the Cowboys at number three will make $26 million before he ever has to sign on the dotted line again.

Screwing up the reputation you worked so hard to build can put a healthy dent in that first paycheck.  Forbes reports that Laremy Tunsil cost himself nearly ten million dollars in 2016 when video of him smoking marijuana was found on Twitter.

I sure hope that was some good weed.

I was 22 once and did some pretty stupid shit – I still do but that’s beside the point – but if you are staring not only millions of dollars in the face but the opportunity to follow your dreams and play in the NFL, here’s a healthy tip.

DON’T DO ANYTHING STUPID!

We here at SportsChump believe the children are our future.  Teach them well and let them lead the way.  Show them all the beauty they possess inside.

I plan on doing just that with his helpful draft primer.  Following these simple steps won’t just make you a lot of money, it will ensure you don’t get slighted all over the media, or even worse, incarcerated.

1)      Don’t do anything stupid.  This is a catch-all rule already stated above but it’s important to reiterate for clarity’s sake.  If you think that what you’re doing might be stupid, it probably is.  Just say no.

2)      Speaking of just saying no, don’t take any drugs without consulting a trusted physician.  This includes marijuana which your physician probably wouldn’t recommend anyway.  News broke Monday that Michigan utility defender and likely first round pick Jabrill Peppers tested positive for “dilute sample,” whatever that means.  Peppers allegedly fell ill from food poisoning and decided to take something that bla bla bla.  Peppers may very well be telling the truth but the truth doesn’t matter.  The label of a failed drug test will stick with Peppers long after draft day, just as it has everyone else who lit up a joint the weeks prior to draft night.  From the time that you finally hang up your college cleats right up until draft weekend, it’s best to maintain a healthy diet.  That includes being meticulous about what you put into your body.  You just finished college.  You should know what that means.  Failing a drug test isn’t the worst thing that can happen but it ain’t the best either.

3)      Don’t hit anybody.  This is a good rule to live by anyway but when your future is on the line, it’s best to avoid your run-of-the-mill bar brawl or smacking around your significant other.  I understand that the news of you being drafted is exciting for you and your family and friends but keep the celebration to a tame minimum.  Remember, there are haters out there looking to cash in on your dollar.  You having a good time and even throwing back a few pops is perfectly normal as long as you’re responsible while doing so.  Don’t show off, don’t throw punches.  Better yet, don’t hang out anywhere where there’s a high possibility of punches being thrown.  I’m not suggesting one lives in a bubble.  I’m just saying, to paraphrase rule number one, don’t do anything stupid.  This wholeheartedly includes laying your hands on your baby’s momma.  Again, ask Joe Mixon how that worked out for him.

4)      Driving while intoxicated is one of those stupid things.  You might not have the means just yet to afford a driver so appoint a designated driver or download the Uber app onto your phone.  It only takes a minute and could potentially save you millions of dollars, a lifetime of embarrassment and of course, you not putting yourself or any other driver on the road in harm’s way.

5)      Pretend you’re on a job interview, which isn’t all that much of a stretch… BECAUSE YOU ARE.  You’re lined up for a pretty good gig at an established, profitable and reputable firm.  It pays well and is your dream job.  You’re not going to show up late to that interview, are you?  Exactly.

6)      Just stay home.  Surely I gest.  You can’t stay in all the time.  Again, I’m not suggesting you bubble wrap yourself.  There’s nothing wrong with a little social interaction.  As one who tends bar, I personally disagree with Herman Edwards’ mantra that “nothing good ever happens after midnight” but you’re no bartender.  Self-impose a curfew.  I know you’re about to make millions, maybe, but there’s nothing wrong with staying in for a home cooked meal.  Netflix and Chill, my friends.

7)      Surround yourself by people you trust.  This is trickier than it might seem.  You might think you have a trustworthy ally when in fact, it’s the devil on your shoulder.  For example, if he’s handing you a gun, it’s probably time to find new friends.  Use your best judgment to avoid shady dealings and that comes from both friends and family who might not have your best interests at heart.

Following these seven simple rules should help you keep your nose clean and have your fan base read about you for all the right reasons and not all the wrong ones.  Oh… and good luck on draft night.  You’re gonna need it.