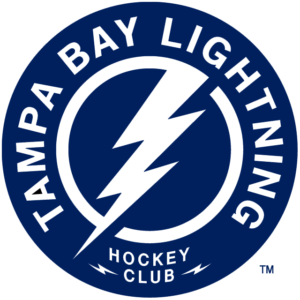 As the NHL playoffs are now in full swing, the wounds are still fresh and still bloodied in Tampa.  A team once thought to contend for the Stanley Cup is now sitting at home, getting some well-needed yet unfortunate rest.

Alas, our beloved Tampa Bay Lightning fell one point short of making the post-season.  The organization can look to a number of reasons this season that failed to live up to expectations but this team has never been about excuses.

Regardless, injuries and far too often uninspired play are the main reasons players are now on their sofas watching the playoffs instead of on the ice amidst them.

It’s at times like these when we turn to former hockey writer, good friend and season ticket holder, Dr. Milhouse, to discuss the season that was, the impending off-season and what they need to do to ensure this doesn’t happen again.

My dearest gambling partner in crime, let’s start off with an easy one.  Let’s say you are a professor of hockey, which in many instances you are, most notably while you’re sitting beside me at games kindly answering my questions without rolling your eyes.

How would you grade this Lightning season?  All things considered, they did make a late push to at least keep fans inspired as to the possibilities of this team.  I’m giving it a solid C-minus.  You?

Dr. Milhouse: In the short term, a C- is about right. Injuries to Steven Stamkos and Ryan Callahan left the team in a jumble. That, plus the uninspired play, two injuries to Ben Bishop, the dire losing streak in January, and the fact that they were as close to the playoffs as they were is a miracle.

In the long term, we’ll look back and be kinder to this season. Rookies like Yanni Gourde, Brayden Point, Jake Dotchin and others showed that they could look veteran players in the eye and beat them. That will allow the Bolts to have significantly more flexibility to move players by trade to make room on the roster and under the salary cap.

SportsChump:  That’s all fine and dandy but isn’t it possible we’re being a little too kind on this team, perhaps a recent touch of revisionist history because they gave us such a thrill at the end?  I mean, weren’t they in last place in their division for a bit?  Hardly a stunning performance for a team that a) was supposed to win the Cup and b) had been to the Stanley Cup and Eastern Conference Finals in back-to-back years. 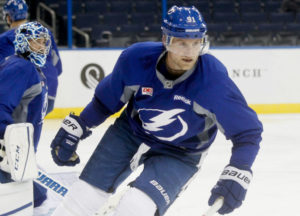 I know in hockey lingo “supposed to win the Cup” is pretty much bullshit (just ask Washington) but again, this team should have fared far better.  Furthermore, this team has become accustomed to playing without the now super-wealthy Steven Stamkos, considering he’s played only one full season out of the last five.

Vinik’s post-season letter to ticket holders saying this team would stop at nothing to bring back the Cup is heart-warming but the last time I checked, it takes inspired play and healthy franchise players to keep hope alive.  We’re not getting to the point where we have to keep Stamkos in bubble wrap, are we?

Milhouse: For lengthy stretches in December and January, the team looked like the last thing they wanted to do that day was play. That was a large portion of the problems that lead to the losing streaks that doomed the season. The players that became passengers, rather than active participants, will have to get in gear next season. One of them is already traded off to Philadelphia. Hopefully, a season with a few less injuries will have some of the veteran leaders in the locker room to kick some people in the ass.

SportsChump: Alright, enough about the past.  Let’s move on to the future.

As you and I have discussed on several occasions, the NHL’s expansion draft is this summer, making way for the first professional sports team (aside from UNLV of course – surely, I gest) to set up shop in Las Vegas.  Kudos to the NHL for being so progressive and unafraid of one of their one actually walking into a casino and gambling on sports.

If you would be so kind, please explain to my readers the process of the expansion draft, what commodities established teams are allowed to protect and what you foresee the Lightning doing considering they have a fair amount of talent on their roster they’re interested in keeping. 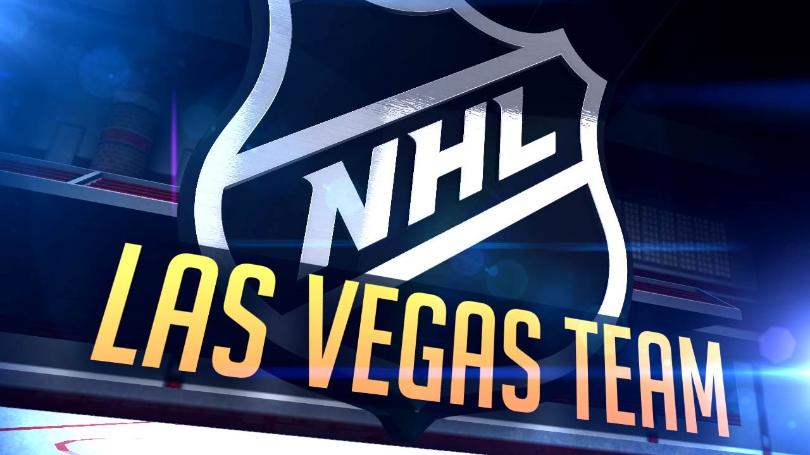 Milhouse: On June 21, Las Vegas will be able to select one player from each NHL team to fill their roster. By June 17, the Bolts must submit a list of “Protected Players,” of which can be one goaltender, and either seven forwards and three defensemen, or eight skaters, no matter what position they play. That list must include anyone with a No Movement Clause in their contract, which are Steven Stamkos, Ryan Callahan, and Victor Hedman. Players exempt from the process that don’t need to be protected are essentially the rookies, like Brayden Point. Given those parameters, this would be a fair assumption of their Protected List:

Alex Killorn recently signed a long-term deal at a reasonable price, which many thought was essentially bait for Las Vegas to take him. Other candidates for Vegas to take would be Vladislav Namestnikov, J.T. Brown, or Slater Koekkoek. After the expansion draft occurs, the Lightning will only have about a week to get everyone that remains re-signed and resume their long-standing search for a right-handed defenseman in free agency or via trade.

SportsChump: One would think that search shouldn’t be all that taxing. This has to be a place hockey players want to come to at this point: generous owner, solid fan base, tax incentives, nice venue and a GM that holds you accountable and also knows a little about the game of hockey.  Re-signed stars have already taken less than their market value to stay here and play here.

Last year, oddsmakers listed the Lightning as favorites to win it all.  Do you think we’ll be amongst the favorites once again by the time next season starts or will this past season affect the numbers?

And what’s your realistic, grounded projection for next season and the few after that?  Last season we both agreed anything less than a Cup would be a disappointment.  Isn’t that safe to say once again or are we setting our hopes set a little too high?

Milhouse: It’s not as much a matter of not being able to find the players, it’s being able to afford them. With Stamkos, Hedman, and company all on board for next year, as well as Johnson, Drouin, and Palat all due for healthy raises, the team will only have a few million dollars to work with under the salary cap. The story broke a few weeks ago that Jonathan Drouin was about to be traded to St. Louis this year in exchange for their defenseman Kevin Shattenkirk. However, Shattenkirk refused to be traded unless a long-term contract could be worked out, and the Lightning couldn’t offer him as much as he wanted. That hole will most likely have to be filled with a trade, and that will require parting with a highly rated asset. 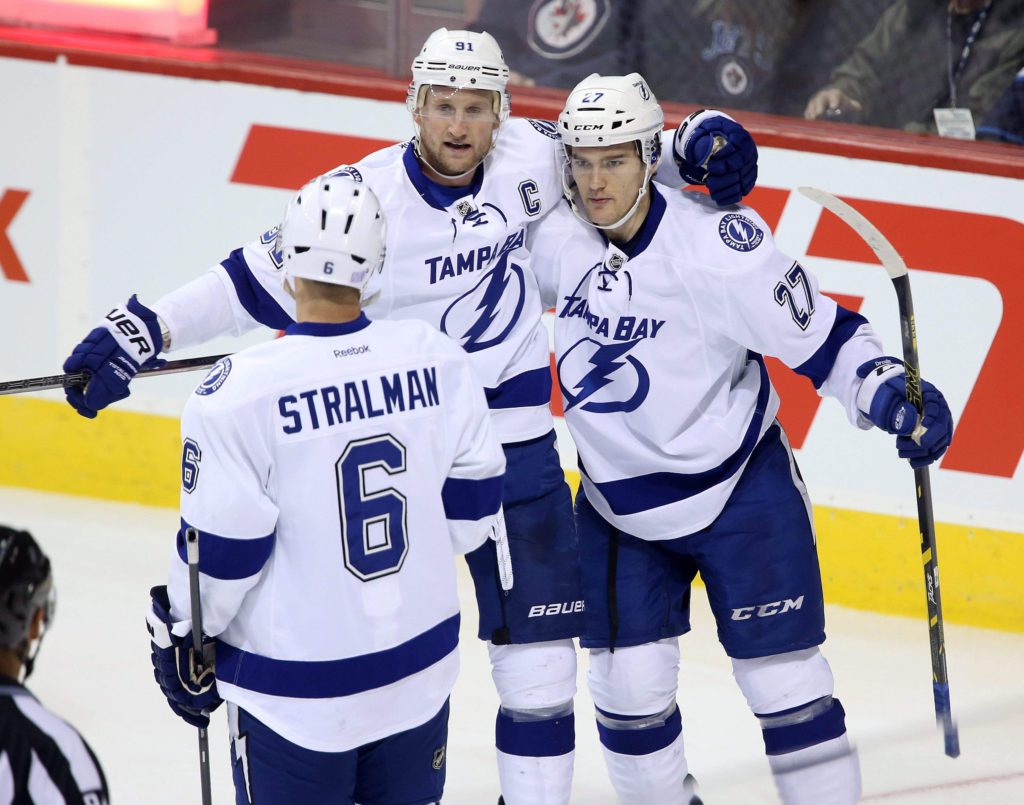 For next year, if the Lightning can stay injury-free (which hasn’t been the case in the last few years), they should be in the running for a top seed in next year’s playoffs. With the window rapidly closing to have all of the star players in their prime all at once, a deep playoff run is a must. The Lightning will be one of the big favorites next year, and I still think this team has what it takes to win the title in its 25th Anniversary Season.

SportsChump: From your keyboard to God’s ears, my friend.  Go Bolts!

6 thoughts on “A Conversation with Dr. Milhouse over the Lightning season that was”