In February, New York Times writer Sam Anderson wrote a spectacular piece about one of today’s most misunderstood athletes: Russell Westbrook.  By the time the article was set to print, Westbrook was in the middle of chasing history: the NBA’s first triple-double season in over fifty years.

Before I get into why Westbrook should (but very possibly won’t) win this season’s MVP, here are a few of the more fabulous snippets from Anderson’s article:

“Westbrook, when he needs it, has weapons-grade powers of stink-face.” 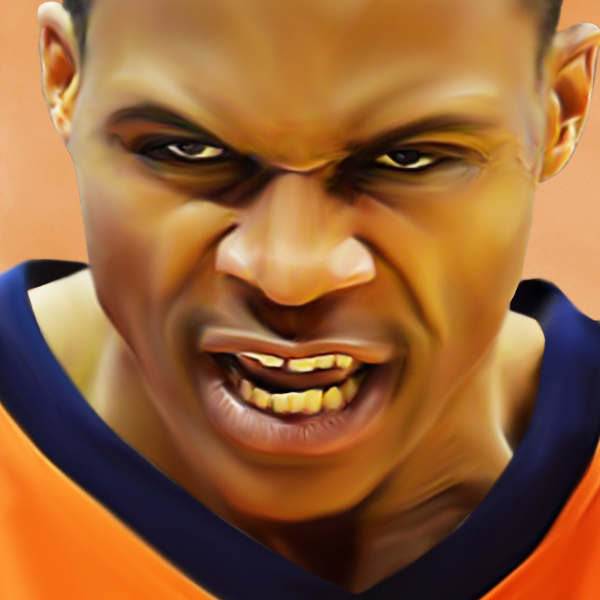 “Triple-doubles are difficult and rare. You don’t stumble into one — it takes a special kind of player, a dominant generalist. Even the outliers capable of achieving them tend to get only a handful per year; Magic Johnson, the modern king of the stat, got 18 in his best season. A triple-double is not a statistical parlor trick, like hitting for the cycle in baseball. It actually captures the essence of basketball, the way the game allows every player to do everything on the floor whenever the opportunity arises. To get a triple-double, a player has to control the action physically, strategically and socially; he has to become a funnel through which the energy of an entire game pours.  Averaging a triple-double is like having a helicopter that is also a boat that can also write the Great American Novel.”

“Westbrook is not merely a super-elite athlete (he is commonly referred to as the most athletic player in the N.B.A.); he also has a highly unusual mind. He is moody, stubborn, loyal and fiercely private, a control freak and a perfectionist. Outside a very small circle of family and friends, he refuses to be known. The triple-doubles, their sheer unreasonableness, are as much a reflection of this personality as of any particular basketball skills. Each time he registers he registers one it is like a signal — a ping from the sealed box of his private mind.”

“Westbrook turned, tracked the shot with his eyes, saw that it was falling short and, at precisely the moment the ball hit the front of the rim, exploded into the air with shocking intensity. It did not look like a normal professional basketball player trying to get his hand on a ball to extend a possession late in the third quarter of the 19th game of the season. It looked like a man in the middle of a winner-takes-all dunk contest against the Devil himself to prevent the incineration of planet Earth. It looked as if Westbrook were insulted by the very concept of distance, and so he annihilated it.”

One gets the impression that Anderson really enjoys watching Russell Westbrook play basketball.  Why wouldn’t he?  Westbrook is a force of nature.

Another force of nature, a rival point guard for a rival team, Steph Curry not only broke records on his way to MVP in 2015-16, he obliterated them.  The previous record for three-pointers in a season was his own: 286.  Last year, he made 402 of them and did so at a ridiculously high percentage (45.4%).  It was one of the most memorable seasons a player has ever had.  It showed in the MVP voting; Curry garnered the league’s first ever unanimous vote.

This year Westbrook did something phenomenally rare as well yet there is debate over whether he’ll wrestle the award away from James Harden, who also had himself a pretty substantial year. 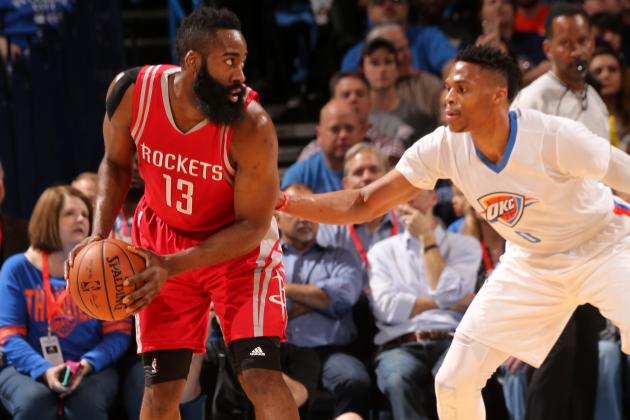 I wrote back in January that while astonishing, Westbrook played for a horrifically bad team.  This was not meant to diminish his accomplishments.  Many superstars have played for equally bad teams and not put up the numbers Westbrook did.  They didn’t do it with his fervor either.

But Harden though.  This one is going to be close.

Westbrook’s season is over now.  His final numbers: 31.6 ppg, 10.7 rpg, 10.4 apg.  Oscar Robertson, eat your heart out.  Westbrook’s team, however, was bested by the man who will steal away a number of Westbrook’s first place MVP votes: the aforementioned Mr. Harden.

An already impressive player, Harden had himself a season as well: 29.1 ppg, 8.1 rpg and 11.2 apg, which led the league.  All those numbers were career highs for Harden.  That being said, the players Harden is passing to are far more capable scorers than anyone in a Thunder uniform.

Other MVP candidates include Kawhi Leonard in San Antonio, Isaiah Thomas in Boston and this guy in Cleveland named LeBron.

When it comes to this year’s MVP race, I can’t help but think of Ted Williams, Joe DiMaggio and Andre Dawson.

In 1941, Joe DiMaggio hit in 56 straight games, a record that still stands to this day.  That very same year, Ted Williams hit over .400.  DiMaggio took home the MVP award.  His Yankees were the better team. 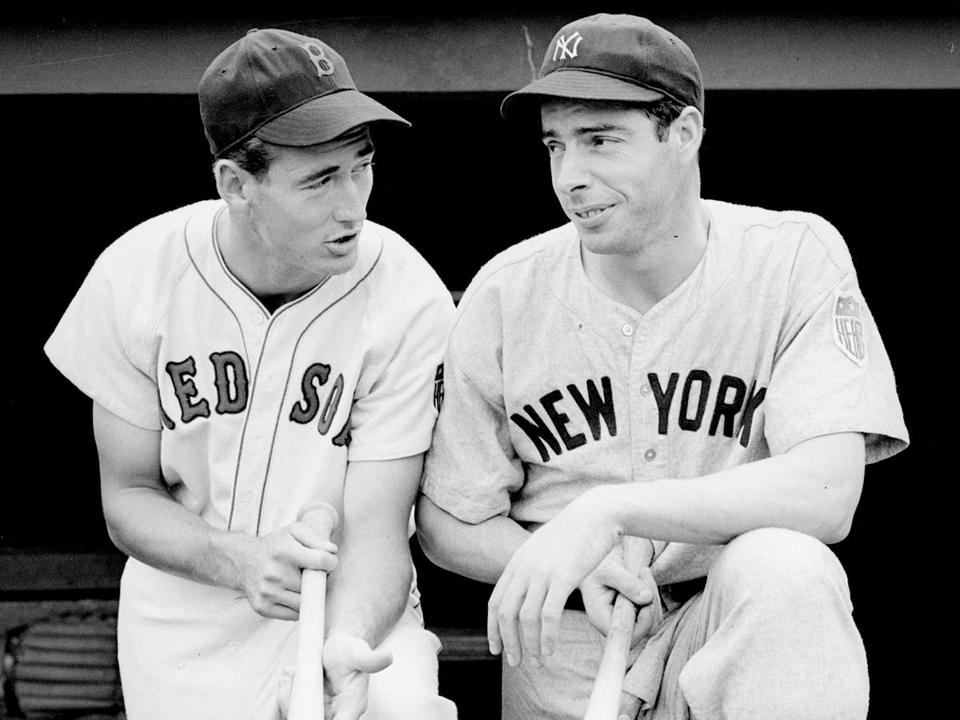 In 1987, Andre Dawson won the MVP award for the Chicago Cubs.  He hit 47 home runs and knocked in 137 RBIs.  He became the first player to win MVP for a last place team.  Dawson’s Cubbies finished that season 73-88.

Westbrook’s Thunder weren’t quite that bad.  They finished twelve games over .500 and made the playoffs, where they were summarily handled by Harden’s Rockets.  It wasn’t even close.

Playoff performance is not supposed to sway MVP voters.  The votes are already supposed to be in and are supposed to represent the regular season only.  MVP implies that not only are you the most valuable player to your team but that you are personally responsible for the bulk of their success.  For some reason, despite Westbrook’s gaudy numbers, there’s this overarching feeling that Harden made his teammates better more so than Westbrook.  That stuff matters.

Including James Harden, the Houston Rockets had six players average double-digit scoring.  Including Westbrook, the Thunder only had three.  In other words, it’s perfectly conceivable that Westbrook might fall victim to the lousy team he was on.

One can make a legitimate argument for both players.  There will be no Curry-like unanimous vote.  Westbrook fans will gripe if Harden takes home the award.  Harden fans will do the same.  My vote would go to Westbrook but I can see where the Harden voters are coming from.  It’s frightening to think these two were once teammates.

Regardless of who wins the award, one thing we can agree upon is that they both had phenomenal seasons.  It’s a shame only one of them will be rewarded for it.