I’ve been wrestling with this whole Lavar Ball story for quite some time now.

Generally, I enjoy writing about people we’ll never hear from again.  For example, do you remember when Cam Newton’s dad was making all the headlines?  No?  Well, how about Anthony Galea or Bennett Amalu?  It wasn’t long ago we thought these men would single-handedly bring down Major League Baseball and the NFL.  Lately we’ve barely heard a peep.

These are names in an old diary or better yet, items you put in a time capsule for posterity’s sake.  Throw ‘em in, pull ‘em out years later and ask “Do you remember when that was popular?”

Unfortunately, that’s not going to happen any time soon with Mr. LaVar Ball.  He is smack dab in the middle of his fifteen minutes and is making every second count.

In case you haven’t heard the name, and lucky for you if you haven’t, LaVar Ball is half marketing genius/half marketing buffoon who is making sure you know exactly who his son is.  You know how political incumbents win elections not necessarily because they’re qualified but because we’ve heard the name?  Meet the Ball family. 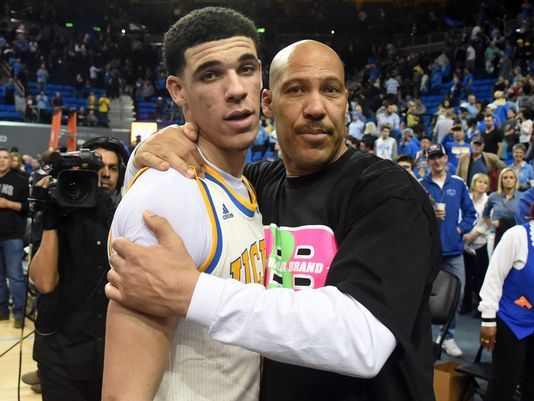 LaVar Ball’s son is college freshman-turned-lottery-pick, Lonzo Ball.  Baby Ball played his college ball at one of the nation’s most prestigious programs: UCLA.  There hasn’t been a day since March and even beforehand that we haven’t been talking about him, not for his actions on the court but because of his dad’s words off them.

Lonzo Ball, a point guard, has been compared to other point guards, Magic Johnson, who played professionally in Los Angeles, and Jason Kidd, who played his college ball in California, but let’s be honest.  Those two are legendary Hall of Famers.  Baby Ball is neither of those players.

In fact, in a league absolutely loaded with point guards, Lonzo Ball will have his hands full.  But we’re talking less about Lonzo Ball’s game and more about his father’s.

So far, and I’m probably missing a few juicy tidbits from the LaVar Ball timeline, he’s talked smack to Shaq, challenged Charles Barkley to a one-on-one contest, called LeBron a bad father and boldly stated his son would become a better NBA player than two-time MVP Steph Curry.  He implied his son’s team lost in the tournament because the white players on the team didn’t have enough foot speed.  He’s come out with a $500 sneaker line that bears his family’s name.  What screams affordable to inner-city children more than Big Baller kicks that cost half a grand?  If only Ball’s white UCLA teammates had had a pair.  He’s spouted out sexist comments to a female reporter in reference to said shoes and now that the lottery draft has come and gone, Ball says his son will work out only for the Los Angeles Lakers. 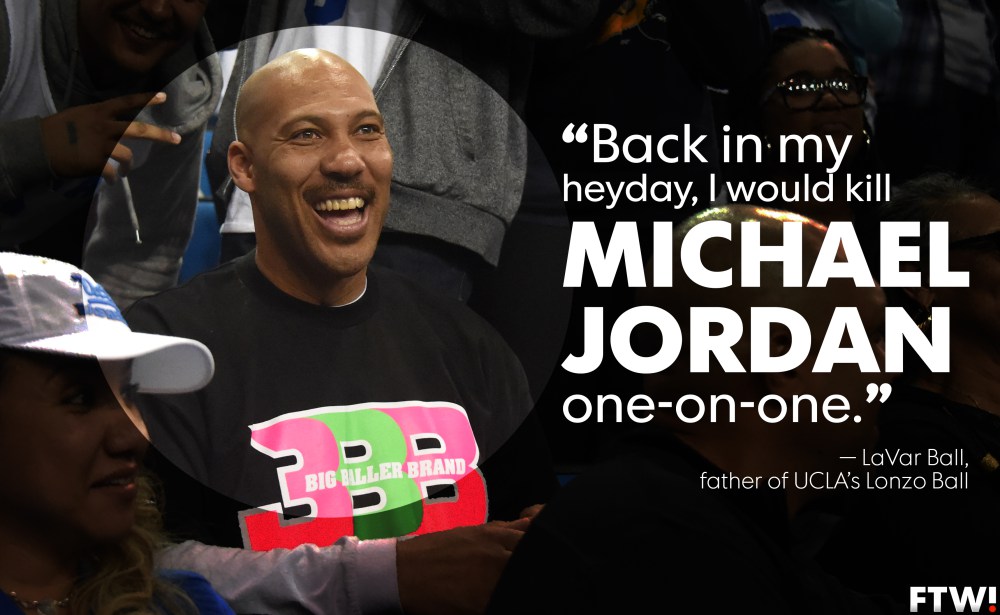 LaVar Ball has had a busy few months.  His personality is so perfectly suited for our reality TV mentality, I’m surprised he doesn’t have his own network yet.  I have to say, I’m pretty impressed with how we as Americans have handled Ball so far, our grains of salt firmly in one hand as we reach for cotton balls to stuff in our ears with the other.

With the draft approaching, the ultimate question is whether NBA GMs will think one son’s value outweighs his father’s mouth.  Think about it.  Can you see Ball sitting courtside at his son’s games, shouting at the refs for every bad call?  Can I get early odds on an arena ban?  His is an act that’s already grown tired.  Every local reporter will be fighting for the chance to stick a mic in Ball’s face to see what he’ll say next.

For varying reasons, NFL teams decided they no longer wanted Colin Kaepernick, Tim Tebow or Johnny Manziel on their rosters.  The attention they drew and baggage they brought far outweighed their performance.  Professional sports franchises are multi-million-dollar businesses and these are business decisions.  While the old saying goes there’s no such thing as bad publicity, the last thing any team wants is an opinionated loud mouth drawing the wrong kind of attention to the team.

This isn’t Richard Williams demanding greatness from his children, playing tennis with them for hours every day in the hot Compton sun.  Far from it.  Here’s hoping Lonzo Ball is working on his game half as hard as those girls did.

I’m no father.  I’m not telling LaVar Ball how to raise his child.  I’m sure Lonzo Ball is a well-adjusted kid who just wishes his dad would shut the fuck up every once in a while.  We’ve all been there, some more than others. 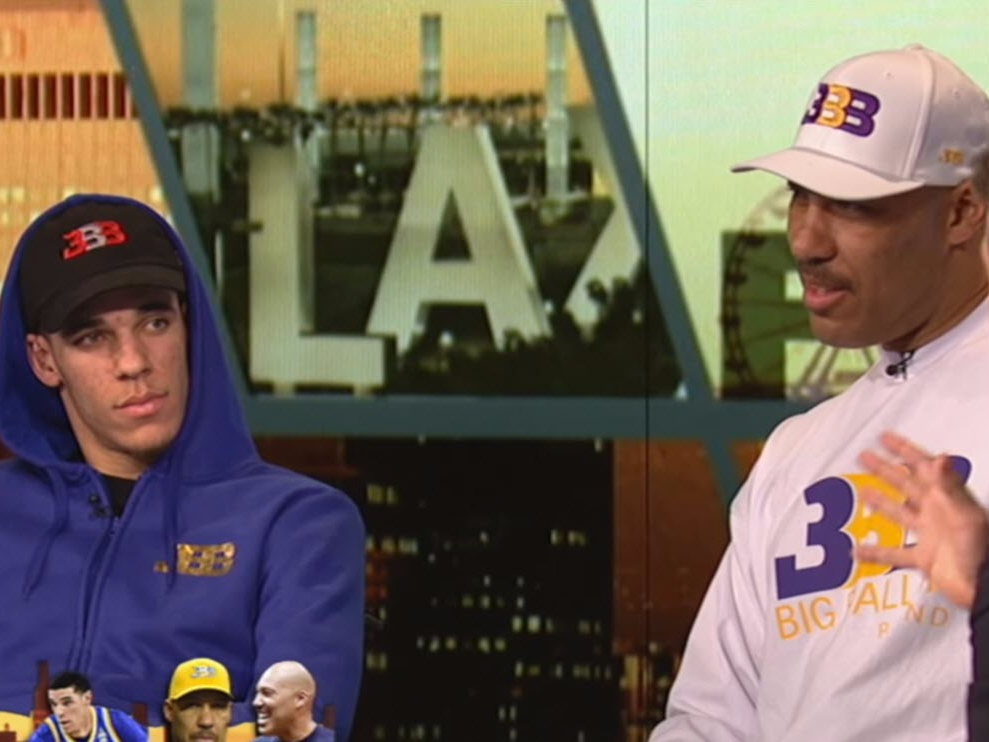 I get that LaVar has his son’s best interests at heart but when does serial meddling become detrimental?  Would LaVar Ball trade fame and fortune for his son’s greatness and does he think he’s the only man capable of making that happen?

Ultimately LaVar’s white men can’t jump comments will be forgotten.  His $500 shoes will hit the sales rack at a Marshall’s near you and Daddy Ball will just go away.  We’ll see if he takes his son with him when he does.  For if Lonzo Ball is truly great, everything else will take care of itself.

14 Replies to “LaVar’s got balls: The in-your-face marketing of one man’s son”