It wasn’t all that long ago that I reviewed Marcus Thompson II’s Golden which traces the meteoric rise in popularity of the NBA’s Stephen Curry.  I felt it was only fair to give his current arch-nemesis equal time. 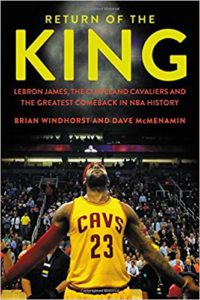 Brian Windhorst and Dave McMenamin, both of ESPN fame, have co-authored a book detailing LeBron James’ return to Cleveland and how it snowballed into the city’s first major championship in fifty years.  Their work is entitled Return of the King: LeBron James, the Cleveland Cavaliers and the Greatest Comeback in NBA History.

Return of the King is a thorough account of the Cavaliers’ last two seasons compiled by the two men most qualified to tell the story.  Both have worked tirelessly covering the league, and more specifically LeBron.  Note:  this is Windhorst’s third book on James.  Return chronicles in Cav-centric detail how the team rebuilt, essentially from scratch, and how it all resulted in their first ever championship.  Like the Cavs’ title, this book was years in the making.

In retrospect, it’s a rather unlikely story.  Remember, it wasn’t all that long ago that LeBron had left Cleveland for Miami and the Cavaliers were forced to rebuild around a number one draft pick named Anthony Bennett.  For anyone who’s ever wondered just what it takes to put together a special team, this book is definitely for you.  Even more so if you’re a fan of LeBron and I know there are a ton of you out there (I’m kidding.)

As one who has been a fan of the man, I enjoyed Return, especially since reading both it and Golden coincided with these two teams meeting once again in the Finals.  Okay, so I’m that geek who wears the concert t-shirt to see the band that’s playing.  Sue me.

Windhorst and McMenamin include plenty of juicy tales about things we did not know, locker room camaraderie and huddle banter.  I love NBA rumors, the what-would-have-been-ifs and this book is chock full of them.  The authors confirm and dispel much of what we thought we knew regarding who else could sign LeBron and the difficulties Cleveland faced in getting him back.  The authors step us into their NBA time machines back to a time when LeBron returning to Cleveland was as unlikely as ever, never mind it culminating in a championship.

They discuss the hiring (and eventual firing) of David Blatt, LeBron’s break-up with Pat Riley in Miami and the businesslike nature of their relationship, the crucial role of Cavs’ GM David Griffin, the foresight of hiring Tyronn Lue as a top assistant and how re-signing LeBron shook up the basketball landscape for obvious reasons.  There was also the importance of how to handle his return since his “Decision” years prior was so heavily criticized; Sports Illustrated’s Lee Jenkins ensured that didn’t happen a second time. 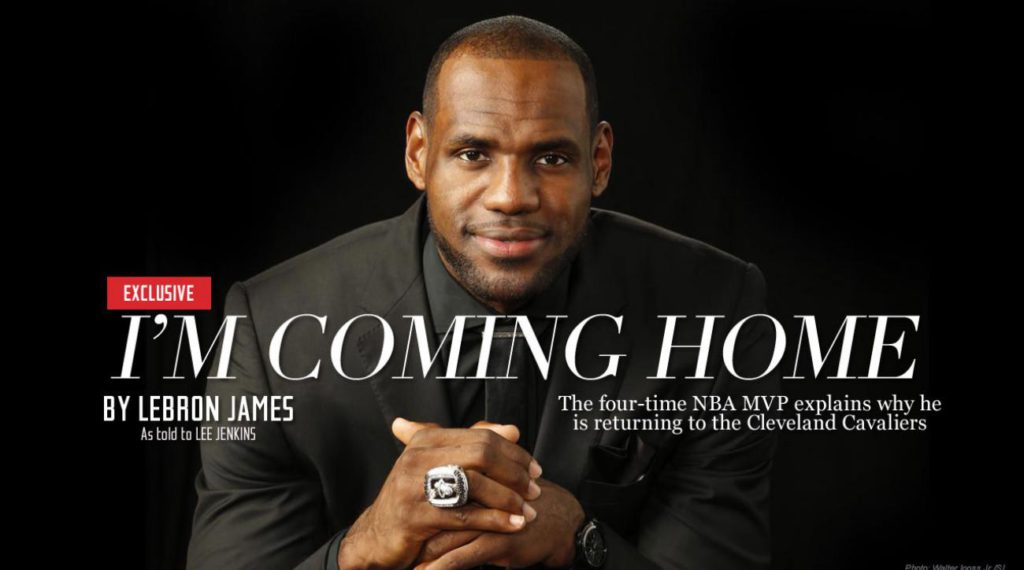 There was the trading of Wiggins, the number one draft pick who never played a single game in a Cavs uniform.  There was the recruiting of Kevin Love, the signing of Iman Shumpert and the unforeseen personal and professional turnaround of JR Smith.  While LeBron is the focal point, there is much more to this story than just him.  For example, did you know that Kevin Love was almost traded to Golden State for Klay Thompson?  It was a trade that Jerry West threatened to leave Golden State over.  Imagine how that would have changed things.

There were the early diplomatic riffs with Coach Blatt as the team failed to live up to its potential, how Blatt and James interacted and how LeBron’s relationship with Lue was entirely different.  Remember, Blatt was hired before Cleveland had any idea LeBron was coming back.  Blatt’s inability to stand up to James ultimately cost him his job. 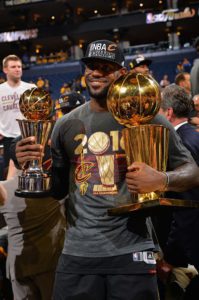 And then of course there are the last two Finals and how they both went down.

I will say this.  Windhorst and McMenamin are both reporters and fans but I was never offended by that.  They don’t apologize for it.  The book is still journalistic in nature.  They make you feel like you were courtside when all these deals were taking place.  For anyone who’s ever built a championship team playing fantasy sports, it’s fascinating to hear how it happens for real.

Return is a Cleveland and LeBron-centric two seasons full of basketball unlikeliness culminating with a comeback the NBA had never before seen.  It has probably already been read by half the city’s sports fans looking to relive it one last time.  As It should be, it’s a story worth telling.

9 Replies to “Book Review: Return of the King by Brian Windhorst and Dave McMenamin”