I received an interesting text from a friend the other morning following the aftermath of Game Five.  It read as follows…

“Everything we thought was wrong with that move… was in the end.  Lame season in reality.”

The text came from Croshere. 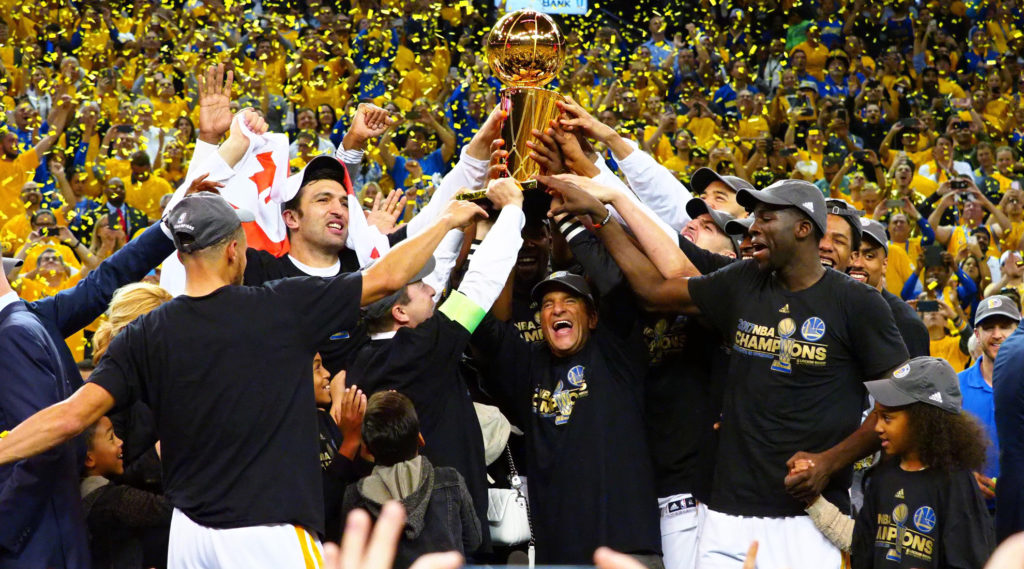 I knew these bitter words from the fingertips of a rather cheery fellow stemmed from three factors.

1) Finality.  The NBA season was over.  For Croshere, myself and every other homer with the NBA package, we experience an inevitable post-season depression that lasts for several weeks.  No hoops for a solid three months.  No dunks, no Durant, no love, no LeBron.  This is the summer of our discontent.

2) Homerism.  Croshere hails from Ohio and while not necessarily a Cavs fan per se, there’s a part of him that can’t help but root for this team to succeed.  He’s also a fan of LeBron and appreciates the fact that we are seeing a once-in-a-lifetime athlete, regardless of where you place him on your own personal (and inevitably biased) scale of the greatest players ever.  And, finally…

3) Honesty.  There was a ring of truth to what he said.  For an entire year, all we could talk about was Kevin Durant joining the Golden State Warriors and how the outcome of this season, Cavs versus Warriors with the Warriors ultimately winning, was inevitable.

All that aside, let’s be honest.  What we just witnessed was pretty insane.  The Warriors have won 67-plus games in their last three seasons.  What they threw out in these Finals was as close to indefensible basketball as we’ve ever seen.

There was one play in Monday night’s closer that you probably didn’t notice but it symbolized exactly how difficult these Warriors are to defend.  It was just another, routine play for Golden State, brilliant in its simplicity but as effective as we’ve ever seen.  Curry drove the lane on the right side and immediately drew a double team.  As soon as he was doubled, he quickly passed to ball to Kevin Durant, who himself drew a double team with the Cavs quick to rotate.  Durant then passed the ball to a wide-open Klay Thompson on the left wing who drilled a three-pointer.  Not even Velcro could have covered these Warriors.

Which brings us back to the question of whether it was fair that the already-strong Warriors landed the second-best player in the league.

Another faithful reader of mine, and he knows who he is, still laments the David Stern veto of the Chris Paul trade that would have sent him to that other Los Angeles team, shifting the league’s balance of power and at a minimum keeping the Lakers relevant.

Say what you will about the league’s current state of affairs but there is an incredible maldistribution of wealth.  Today’s NBA looks like a third world nation with the rich (Warriors) sitting atop their hillside mansion looking down at the peasants (NBA’s other 31 teams) as they struggle to attain that wealth, knowing in all likelihood it won’t happen for a long, long time.

So, the question we (and more importantly the Commissioner) have to ask is… is this good for the league?  Sure, we’re witnessing history but at what expense?

My response to Croshere’s text was simple.  Without Durant, it is perfectly conceivable that these Cavaliers beat the Warriors… again.  They did so last year. 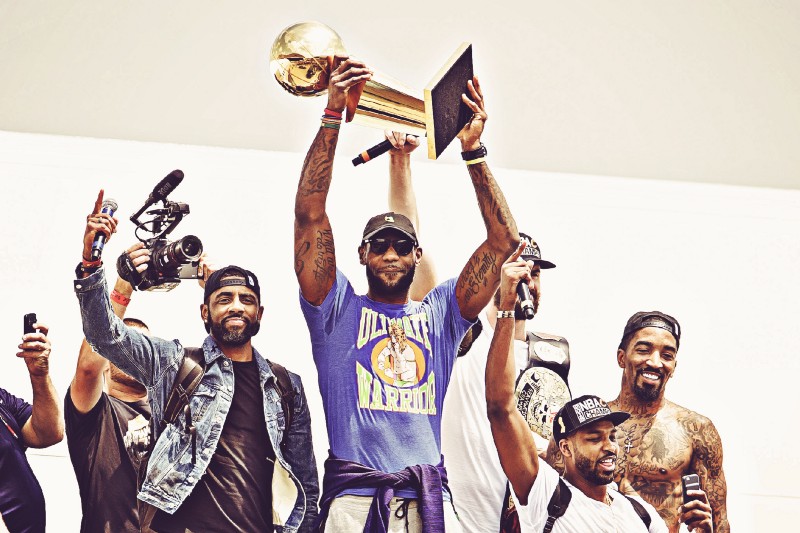 This year, Durant proved more than just an X-Factor.  The Cavaliers, who by all intents and purposes are a well-conditioned team, were gassed having to cover the Warriors.  They have three players than can take (and make) shots from forty feet out. Note: Durant shot 47% from three-point in the Finals.  That’s a lot of court to cover.

But is this fair?

I can’t say I have the answer to that question.  Is the Golden State front office not supposed to assemble the best team possible?  When Durant declared for free agency, were they not supposed to make their pitch?

When Gary Payton and Karl Malone joined Shaq and Kobe (remember that?), we all thought the Lakers would steamroll to another championship. They got swept by the Pistons in the Finals.  When Charles Barkley flew west to Phoenix, that team was supposed to topple Michael Jordan’s Bulls.  That didn’t happen either.

These Warriors are not the first “super-team” we’ve ever seen.  They’re just the best.  A lot had to happen to get them to fire on all cylinders.  That includes a front office philosophy and head coach (and his staff) who kept a loose yet focused locker room.

In the end, it is what it is.  The glass half empty NBA fan sees this disparity as bad for the league.  To them I say ratings are the highest they’ve been in twenty years.  The glass half-full NBA fan recognizes we just saw one of the greatest teams ever assembled.  To them I say I hope you’re a Warriors fan because if you’re not, the team you’re rooting isn’t coming anywhere close the next few years.

Here’s hoping they’re ready because based on what we just witnessed, they’re going to need a lot of inspiration.

6 Replies to “Durant, the Warriors, LeBron, “super-teams” and your 2016-17 NBA season in retrospect”