As the dust settled on Saturday’s Horn-Pacquiao fight, all anyone could talk about was how Manny Pacquiaio was robbed of a victory.  He led in points, he led in rounds yet after the fight, when the referees announced that the young Australian had pulled off the upset, fans were up in arms.

How could this be, they asked?  Boxing is rigged they yelled, as if that was some sort of newfound revelation.  It’s boxing, my friends.  The fix has been in for years.

My take on the fight is altogether different, however, for regardless of how you feel about the outcome, this bout featured something we hadn’t seen in ages and I am not referring to a changing of the guard.

For the first time in as long as I can remember, a primetime fight that actually held some relevance was broadcast on network television.  And people watched.  Not only did people watch but it got people talking about boxing again.  If you rebuild it, they will come.

Along with Floyd Mayweather (and Conor McGregor who doesn’t count because he’s not a boxer), Manny Pacquiao is really the only fighter people talk about.  They are the only boxers people care to watch and have been for some time.  Pacquiao is 38.  Mayweather is 40.  There is not a single twenty-something prize fighter worth mention, other than of course your new WBO welterweight Jeff Horn. 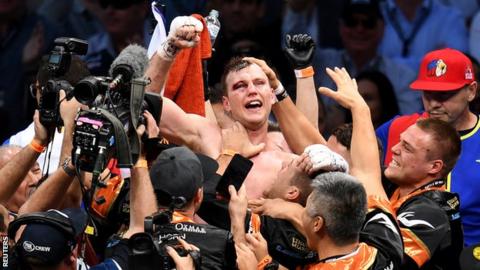 In fact, I bet you can’t name the heavyweight champion of the world.  That was once the most coveted position in sports; now it’s afterthought.  We won’t get into how and why boxing died but rest assured the exorbitant pay-per-view prices the sport started fleecing its customer for ranks high atop that list.

The Horn-Pacquiao fight wasn’t on HBO, Showtime or any of the other pay channels.  It was aired on ESPN.  While I haven’t seen any official ratings yet, I’m pretty sure they hauled in a pretty hefty Nielsen number.  If they didn’t, it was probably because fans were shocked to find a relevant fight on network television.  It had been THAT long.  In fact, I’d venture to say that the last time a fight of that importance was held on accessible television, most of those who tuned in to watch Saturday night’s fight weren’t even born yet.

No disrespect to the fights still held on network television but they can’t hold our interest.  Our love affair with boxing has waned faster than Don King can say “show me the money!” Putting major bouts back on prime time might just regenerate interest in the sport.  Lord knows it needs it.

Last night, in my already crowded bar, we turned up the volume, dropped down the big screen and everyone tuned in for the entire twelve rounds.  They oohed and ahhed with every blow.  I’m sure this happens during pay-per-view events but I haven’t paid for one of those in ages.  Have you?  Only select bars carry PPV fights due to how much they charge each establishment, which is by capacity.  In other words, my bar which fits 100 people comfortably is not paying $99.95 a head to show a fight that might be over in 90 seconds.  That’s not solid investing by any standards.

It’s not that families and friends can’t afford the fifty to one hundred dollars to host house parties.  It’s that we don’t want to anymore.  We have been there and done that.  I don’t have the statistics as to how drastically pay-per-view earnings have declined over the years.  Besides, those numbers are probably as fixed as the fights themselves.

But showing them on ESPN again, that’s a different story.  That can only help boxing and ESPN, two institutions desperately in need of regaining viewers.

Somewhere along the line, boxing priced itself out of its own market.  Supply far outweighed demand.  Those who got rich got theirs and could probably care less that they were individually responsible for the death of the sport.  After Saturday night, maybe it’s worth resuscitating.  Maybe there’s hope after all.

Or perhaps this is but a pipedream.  There is no way on God’s green earth (and blue canvas) that a fight the magnitude of Mayweather-Pacquaio would ever be shown on ABC… even though Muhammad Ali fought on that network all the damn time.  The times, they have a-changed. 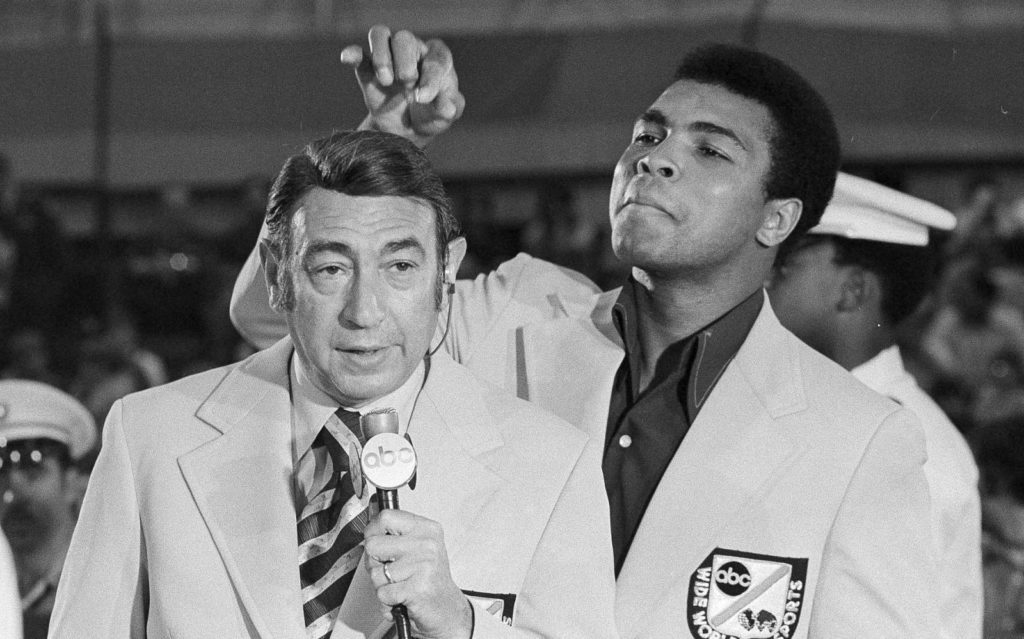 Saturday night was a throwback to the old school.  This fight was no apology.  It was a title fight well worth watching.  I don’t know why they decided to show it on ESPN (demand) but kudos to them, even if it was a last-ditch effort to make a quick buck.  God knows the network can use it.  Again, so can boxing.

Personally, I think airing boxing in primetime, making it more accessible to a generation that is already out of touch with the sport, is a brilliant idea.  I don’t know that it’s doable but I’ll tell you one thing.  I’ll get back to watching a lot more boxing if I don’t have to pay $100 cover charge.

That fight Saturday night was all anybody could talk about the next morning.  That’s because everybody watched it.  People finally cared again.  I say we keep it that way.

Giving back to the people and not gorging them for a C-Note every time they want to see a decent fight might just be a way to save the sport.

Welcome back, boxing fans.  It’s been a while.  We’ve missed you.

13 thoughts on “Prime Time TV Bout Shouts Back to Yesteryear”