I have an oddball group of friends who love to talk to me about sports.

This one friend, for example, swears Jameis Winston is primed and ready to throw for 5,000 yards this season.  We even bet a dinner on it.  He’s a little delusional.  My friend, that is, not Jameis Winston.

But why wouldn’t he be confident that the Buccaneers’ third year quarterback will finally come into his own this season?  After all, they landed a huge, and more importantly speedy, off-season weapon in DeSean Jackson, intended to stretch the field.  They drafted one of the most explosive playmakers available, tight end OJ Howard, to give Jameis yet another offensive option.  He still has his number one target, Mike Evans, who is rapidly becoming one of the league’s top wide receivers.  And all appears to be chummy in the clubhouse, or at least so it appeared on Hard Knocks episode one.  For all intents and purposes, this team looks ready to rumble.

Despite all that, I played it smart and took the under on the passing yards wager.  Five thousand is a lofty number. 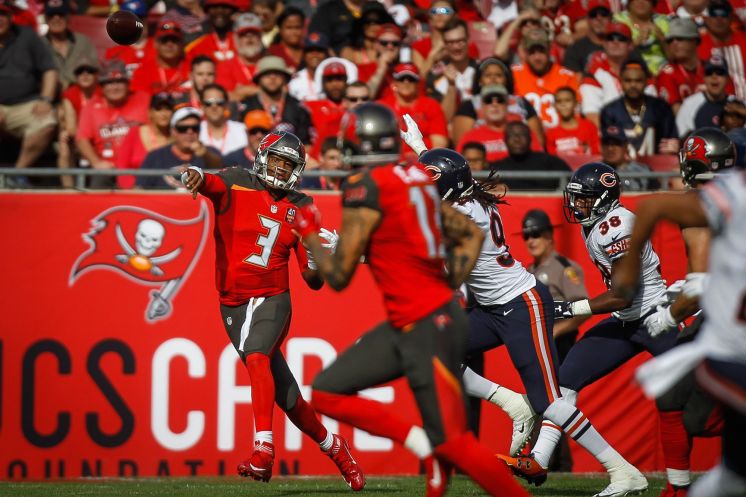 By all accounts, the Tampa Bay Buccaneers should have a successful season.  This team is slowly but surely assembling pieces to become a consistent contender.  All is most assuredly bright on the Western (Florida) front.

Then why am I so concerned?

Before I get into your glass-half empty season preview, let me enlighten you with some positivity.  All homerism aside, I firmly believe that within the next three to four years, this team has the potential to contend for a Super Bowl.

There you have it in no uncertain terms.  Your glass half-full preview.  The Tampa Bay Buccaneers have enough talent on both sides of the ball, and finally some coaching stability, to contend, once again, for a playoff spot.

Now on to my glass half empty preview, which will be the bulk of this post.

Rome was not built in a day, my friends.  While there are a number of reasons – on paper – that this team should succeed, there are far more to suggest it won’t.

Off we go, homers.  Here are some reasons you should be careful before loading up on that Bucs over eight wins on the season.

We always forget how important offensive line is to a football team… then we remember why every running back who starts for the Dallas Cowboys has a Pro Bowl season.  Without a solid offensive line to block for you, you might as well just kiss the baby… and your season goodbye.

The Buccaneers actually have a steady offensive line.  Their core has now played together for a good few seasons.  The bad news is that Pro Football Focus ranks them 30th best among offensive lines.  Note: there are only 32 teams in the league.

While I understand that versatility is important in wanting to have linemen play multiple positions in case of injury, there is still a fair amount of jockeying around to not give me a warm and fuzzy feeling about this line providing ample and consistent protection. 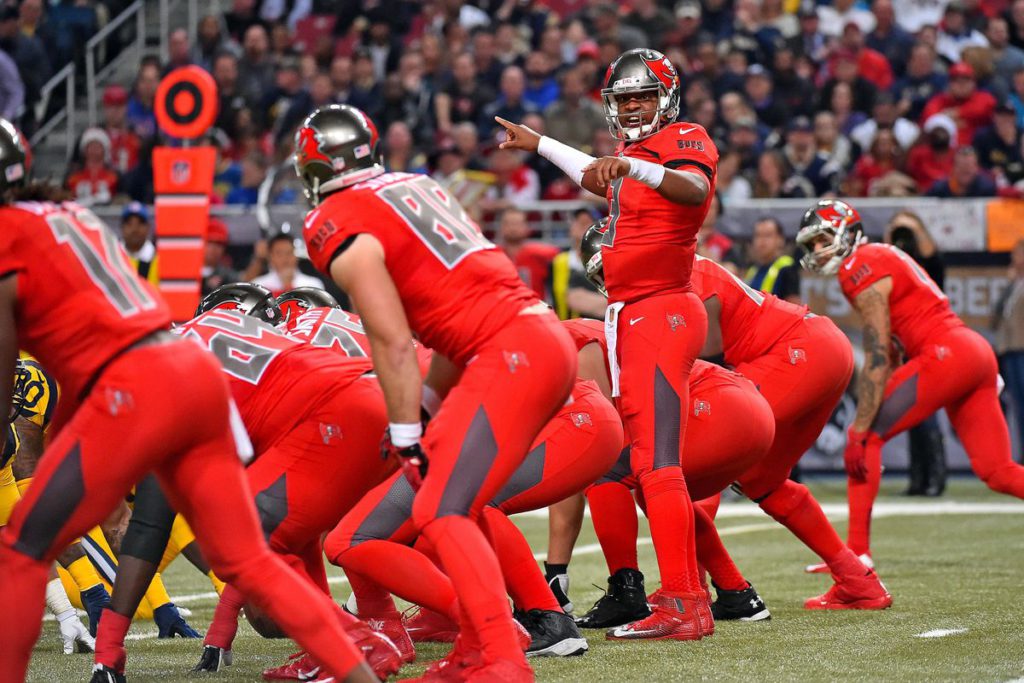 This team, like every other team in the league, will succeed or fail depending on how its line does just that.  It doesn’t matter how many weapons Jameis Winston has to throw to if he’s on his backside.  Jameis is prone to making bad decisions with a lack of protection.  We’ll find out soon enough whether they’ll allow him the time to make good ones.

As bright a future as this kid holds, it’s important for us to realize that Jameis Winston is still only in his third year.  He is 23 years old.  The list of 23-year old quarterbacks who have led their teams deep into the NFL playoffs is pretty damn short.  While his leadership skills cannot be questioned, his decision-making can.  He’s averaging under 60% completion rate for his career (he ranked 23rd last year among starters) and has already thrown 33 interceptions.  For those of you counting at home, that’s one a game and we all know how important turnover differential is in the NFL.

There aren’t too many Buccaneers fans who are unhappy with their top selection a few years ago.  I just think he might need a little more time to live up to his promise.

Not too long after signing a five-year, thirty-five-million-dollar contract, Doug Martin, the Bucs’ starting running back, failed a drug test.  His long and bright future with the organization went from being a certainty to dangerously iffy.

But the Buccaneers stood by their man.  While many speculated he’d be cut or replaced by another back, the Bucs maintained faith that Martin would remain their number one option and live up to the promise of his contract.

As a result of his suspension, Martin will miss the first three games of the 2017 NFL season, allowing other perfectly capable backs to handle the workload while he’s gone.  None of those guys, however, are Doug Martin when he’s at his best. 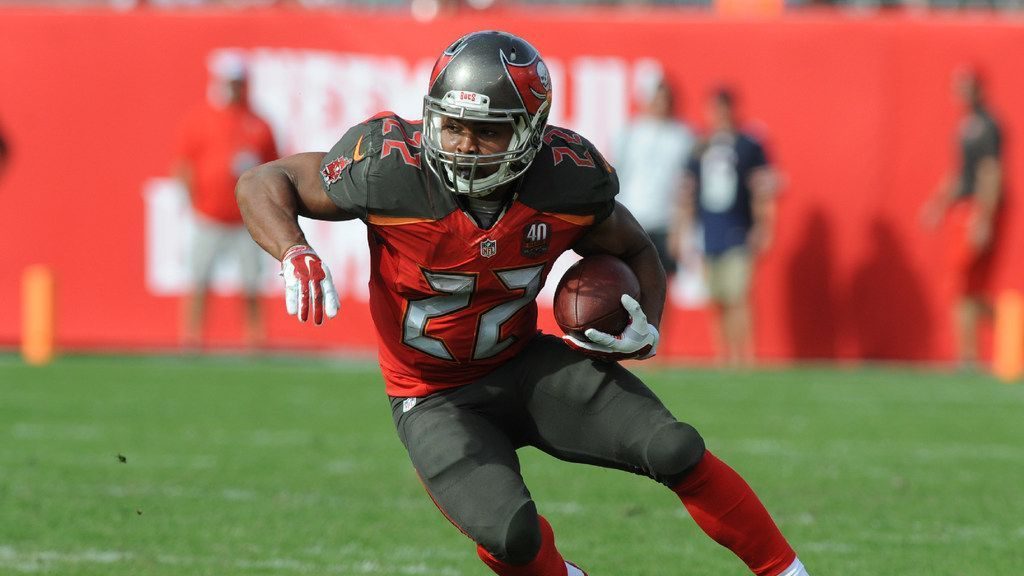 Even when Martin comes back, we’re not sure if he’ll be the back he’s shown us he has the potential to be.  I’m not sure there’s a back who, after five years in the league, still holds as many question marks as Doug Martin.  If Martin returns to his 2012 and 2015 form, the Buccaneers will have little to no worries.  If Martin returns as the 2013, 14 and 16 Martin, the Buccaneers could be in serious trouble.

The Buccaneers selected Roberto Aguayo in the second round of last year’s draft.  It raised some eyebrows because kickers, even the cream of the crop, are generally not drafted that high.

Right off the bat, the kid had the yips.  In fact, fans were booing his inaccuracy…. AT TRAINING CAMP!  Nothing says “Welcome to Tampa, young man!” more than a chorus of boos before you’ve even played a game.  We might as well have been waiting for him at the airport with our middle fingers raised in the air.  Okay, so it took a slight bit longer than that but you get my point.

Tampa fans will now have to find a new reason to boo.  Saturday morning, the Buccaneers parted ways with the kid they were certain would kick his way between the uprights and into our hearts.  He’s now a trivia question ranking high among the organization’s history of bad decisions.

Thanks to Aguayo’s errant foot, the Bucs front office invited veteran Nick Folk to compete for the starting role.  The job now appears to be his.  Folk, a ten-year league veteran, can now comfortably invest in a home in the Tampa Bay area.

The Buccaneers play in a very difficult division.  In fact, I’d dare to venture the NFC South is the most talented in the league.  The Carolina Panthers reached the Super Bowl two years ago.  The Atlanta Falcons did so last year.  The New Orleans Saints are a team nobody ever wants to play.  And then there’s your Tampa Bay Buccaneers.

I’ll admit I was a little surprised when I saw that Las Vegas listed the Bucs’ over/under at 8 wins.  With the progress they’ve been making, eight seemed a little low.  Then I realized it was a sucker bet.  The last two seasons, the Buccaneers controlled their own destiny.  Down the stretch in both seasons, had they won out, they would have made the playoffs.  Alas, they didn’t.  The Bucs went 1-5 in late December and January their last two seasons.  The team was not quite ready for prime time.

We all know losing builds character.  I’m just not convinced this team has enough to win this division, which means they’ll be competing for a wild card spot with some other pretty capable NFC squads.  I’m still waiting to see this team win when it matters.

We’ll see how the season plays out but if you are honestly prepared to tell me this team is ten-win ready, I may like to place a dinner wager with you as well.

OJ Howard and DeSean Jackson are incredible talents.  The Bucs signed Jackson in the off-season to become the deep threat they lacked, that long bomb guy that can score at a moment’s notice.  Jackson was the free agent signing the Bucs had set their sights on… and they got him.  Furthermore, Jackson was thrilled to play here.  It’s been a while since that’s been the case.  Kudos to both parties for making this happen.  His presence will only make the already un-guardable Mike Evans even more of a bear to contend with. 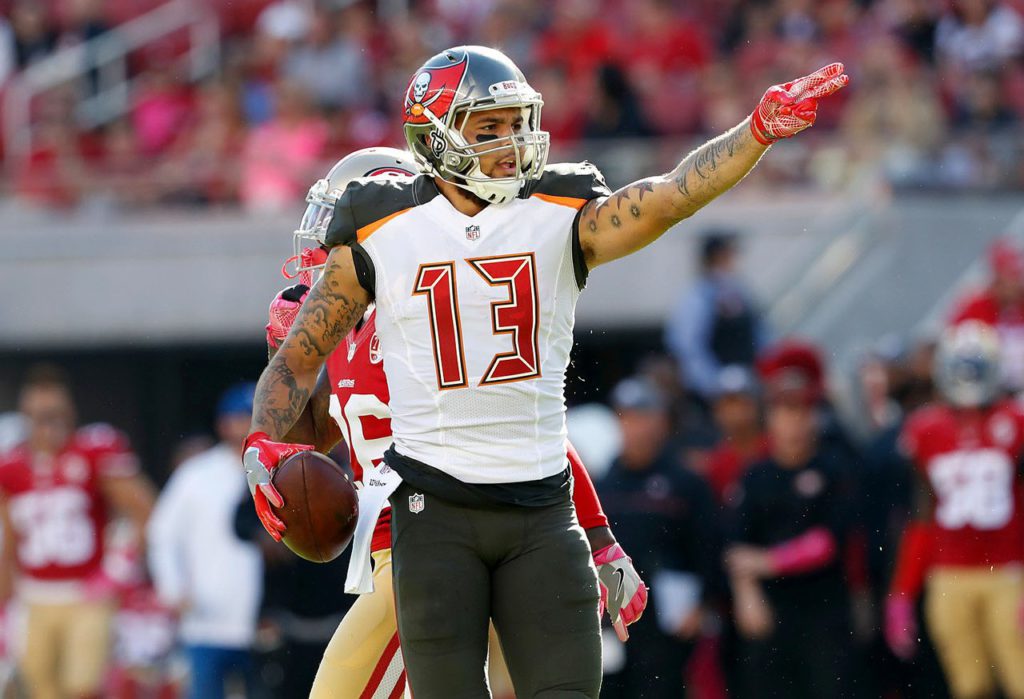 The Buccaneers also drafted their tight end of the future, the beastly OJ Howard out of Alabama.  These receivers, along with the dangerous Chris Godwin, rookie wide receiver from Penn State, will have Jameis Winston’s eyes lighting up like a kid at Christmas.

But like with anything else, all these moving pieces will take time to gel.  They all operate at different speeds and it will take reps, lots of them, for Jameis to process that information.  I’m not suggesting he’s not capable.  He most certainly is.  I am suggesting that to expect him to connect accurately with all these weapons immediately is a little idealistic.

I am a Buccaneers fan.  I love what this team has done, getting out of the doldrums and renewing our faith in the franchise.  Fans will flock to the stadium, a far cry from a few years ago when home games were blacked out because the team couldn’t draw.

The Bucs have found a leader to build around and have also built this team around defense, just like those great Buccaneers teams of the past.

I’m just not as eager as the next guy to usher them into the playoffs.  I’m tempering my expectations in the short term.  Here’s hoping I’m wrong.  It’s a dinner bet I’d gladly pay up.