Rarely do I defend Commissioner Roger Goodell – he’s hardly the defendable one – but for one brief moment, can we cut this guy some slack?  For the first time in a long time, the Commish finally got something right.  The fact that he had no choice in the matter had little to do with it.  We’ll take progress any way we can get it #babysteps.

In their attempt to present sports journalism on a level with ESPN, a recent FS1 broadcast put up this super: 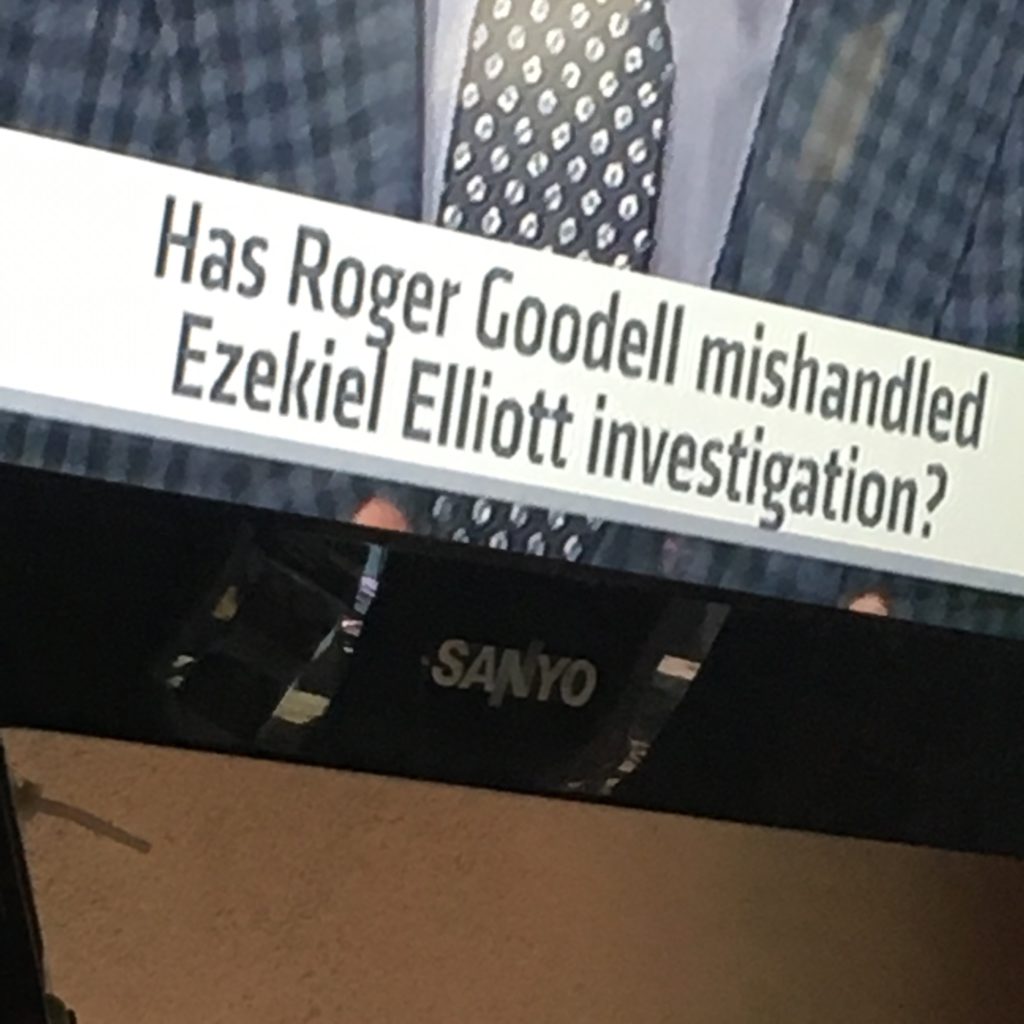 As you can see, the network (or at least this particular program) questioned Roger Goodell’s handling of the Ezekiel Elliott situation.  With football season weeks away, networks continue to find nothing better to talk about than Colin Kaepernick’s knee and Ezekiel Elliott’s fist.  The games can’t start soon enough.

Six games was the suspension levied on Ezekiel Elliott, who had been accused of beating his girlfriend.  The penalty came with little hesitation.  Zeke has had a recent history of dubious behavior (he’s only been in the league a year) but then again so has the NFL when it comes to penalizing its domestic violators.  Although charges were dropped, Zeke had been accused of just that: domestic violence.  Elliott got the hammer although one could most certainly argue that, if he was guilty, six games is hardly penalty enough.

Whether Elliott hit – or did not hit – his significant other is factually (just not morally) irrelevant.  The league had no choice but to suspend him; its history of bad decision-making forced its hand.  Innocent or not, Elliott became the scapegoat for a league that has failed to give a fuck for the longest.

Waffling on Ray Rice years ago, initially going with a two-game suspension while weed smokers and ball deflaters were getting four, will haunt Goodell for eternity.  In the wake of the news on Elliott, Goodell could no longer be seen as soft on domestic violence.  Hence, the lengthy suspension which Elliott is now appealing. 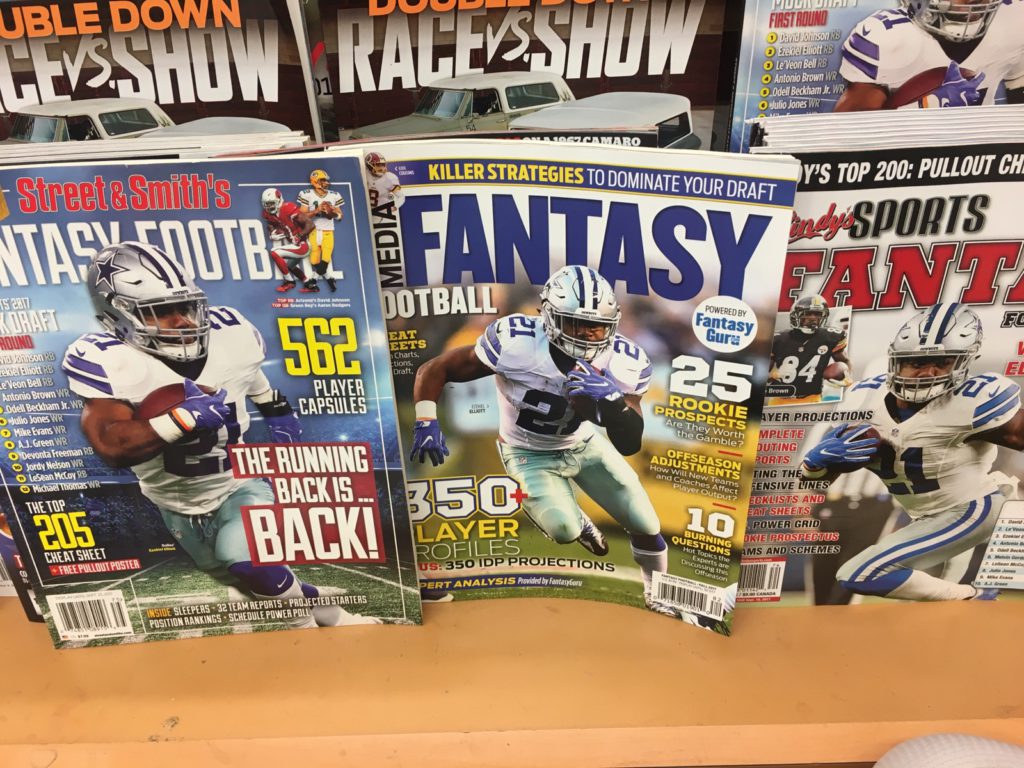 In light of (what the league considered) damning evidence, Elliott’s employer, Dallas Cowboys’ owner Jerry Jones has chosen his words wisely, waiting for all the facts to come out, understanding that supporting his player prematurely before any sort of elevator misconduct videos are released could jeopardize his standing as king shit among NFL owners.

The point is this and really needs not be discussed much further, even though the networks inevitably will.  If Elliott did was he was alleged to do, the six games is fitting, knowing that his next offense will be far worse than that.  If he’s innocent, he still must pay the piper for all the years the league treated domestic violence as a non-issue.

One must play the scapegoat and who better than a young, fresh face of the league.  If Elliott’s six game-suspension deters future incidents of domestic violence, then who cares whether Goodell got it right or wrong, or whether Elliott did it nor not?  His suspension will send notice to the rest of the league that the front office will no longer tolerate such behavior.

This is not the first time, nor will it be the last, that the NFL has acted as judge, jury and executioner to protect its own image.  This time, however, it might actually serve a purpose.

12 Replies to “NFL Commissioner puts round peg in round hole: The Ezekiel Elliott No-Brainer edition”