There’s a conservative joke that goes as follows.  What do you have when you have two liberals talking about sports?  Two too many liberals.

Okay, so there’s no such joke but there probably should be.

As you all know, SportsChump is a site of the people.  I routinely ask readers to contribute not only in the comments section but in the posts as well.  Many of you have, many more of you will.

Eight years ago, I established this site for us to speak constructively about the pressing issues of the day, some trivial, some far more important.  If nothing else, I’d like to think of this site as thought-provoking.

So, when oddball, inexplicable acts come to light, I turn to my experts to elaborate on such matters.

Right now, this country is going race crazy.  We have violent incidents with conservative protests in Virginia that ended up with the death of one innocent person, we have cities around the nation looking to take down statues of civil war military figures that remind us of another time and now we have current Red Sox owner, John Henry, thinking they should rename the area right outside Fenway Park, Yawkey Way, because it was named after a former owner, Tom Yawkey, accused of being racist. 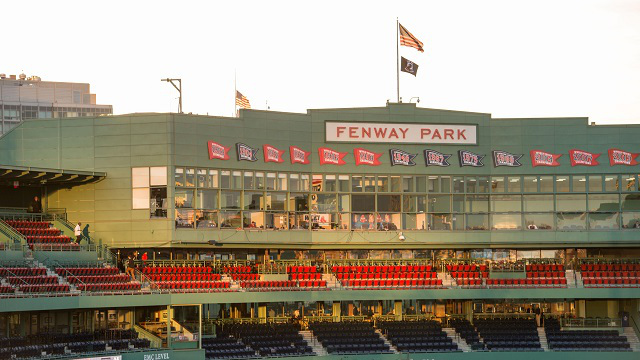 Just like so many other cities in America, Boston struggles with a history of racism.  Even though the Celtics were the first team to draft a black player and appoint a black head coach, the Red Sox are famous for becoming the last Major League Baseball team to integrate.  (Maybe that’s why it took ‘em so long to win a World Series).

When it comes to all things Red Sox, I turn to my good old Uncle Alex who has lived in New England for decades and has experienced the highs and lows of Red Sox Nation for as long as anyone else I know.

Uncle Alex, you’re up there and in tune with all things Fenway.  How did this whole Yawkey story come about and what’s been the reaction since it did?

Uncle Alex: My understanding is that John Henry had been “haunted” by the racist legacy of the Yawkeys, but didn’t really share his sentiment publicly until the events in Charlottesville and the subsequent reaction by the president.  Apparently, it is not his decision to make; the city controls street-naming.  However, he’s been trying to have this change take place for a while.  The problem with burying the Yawkey name is that more goes with it than racism.

Really, there are two extenuating reasons to consider keeping the street name:  First, the Yawkeys are known for their charitable giving, particularly around the Jimmy Fund, which they took over in 1953 and turned into a major cancer research charity.  There is a wing of Massachusetts General Hospital that also has their name for this reason.  Second, the name is almost synonymous with the Red Sox.  Some Sox fans would tell you that they think of the Yawkeys as lovable grandparents who kept the Olde Towne Team in Boston after the Braves abandoned the city.  To them, distancing the Red Sox from the Yawkeys would be sacrilege. 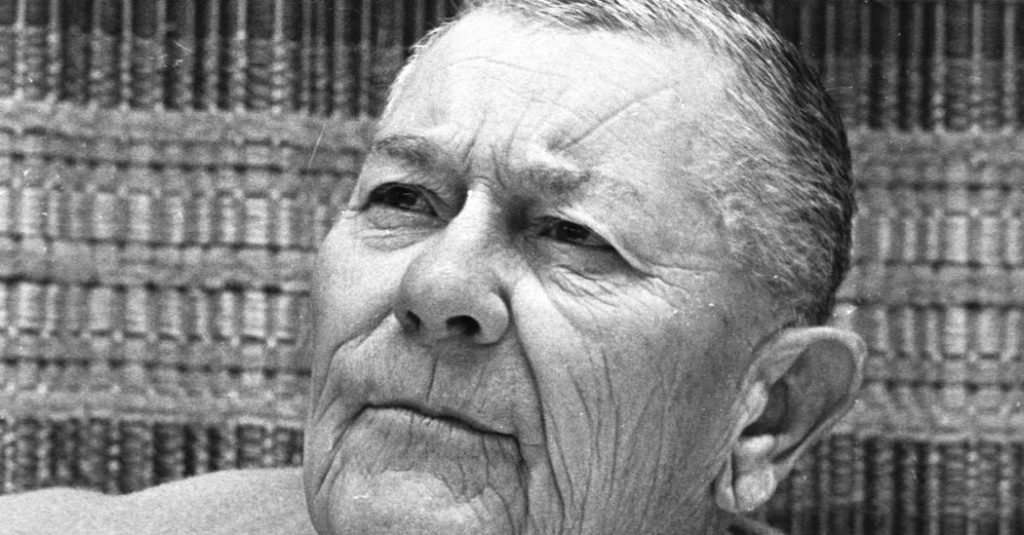 The problem is – as you stated – the Red Sox were the last team in MLB to bring on an African-American player, Pumpsie Green, in 1959.  Needless to say, he wasn’t Jackie Robinson; in fact, Smokey Robinson might have been a better player.  The Red Sox did try out Jackie Robinson in 1945, but it was all for show.   It’s a sad fact that the Boston BRUINS were integrated before the Red Sox (in 1958).

I think people are split about this: old-timers and parochial sorts want to keep it, while many others want it changed.  If you want my opinion, the Yawkeys should be recognized for their community support, but the street needs to be renamed.  They sent Al Campanis packing when he showed his true colors, why should we treat the Yawkeys differently because they hid theirs?

SC:  I guess I’m not entirely convinced or perhaps I’m still struggling for an answer.  I’d like to know what this all resolves.

It’s fantastic that America is coming of terms with its own history.  You mean everything I learned in high school history class wasn’t the actual truth?  The discerning eye already knew all this.

Despite his obvious shortcomings as a human being, I fail to see how renaming Yawkey Way erases one man’s irreparable mark (for better or for worse) on a community.  Punishing him forty years after his death does what exactly?

Has anyone yet asked the question “What does renaming Yawkey Way solve?”  We’re not tearing down the Berlin Wall here.  We’re just renaming a street that was formerly named after a privileged white guy who hated black people.  Last time I checked there are still a few (million) of those around.  Changing the street name to something more currently palatable isn’t going to make us forget the former owner of the Red Sox was racist.  It’ll just push it a little farther back in our minds.  I’m not exactly sure that’s addressing the issue.  There are streets named after racists all over this country.  Are we going to get rid of some and not others?  Furthermore, I’d comfortably wager that there are a few NFL owners out there that have dropped their fair share of N-bombs.  They just weren’t careless enough to get caught a la Donald Sterling. 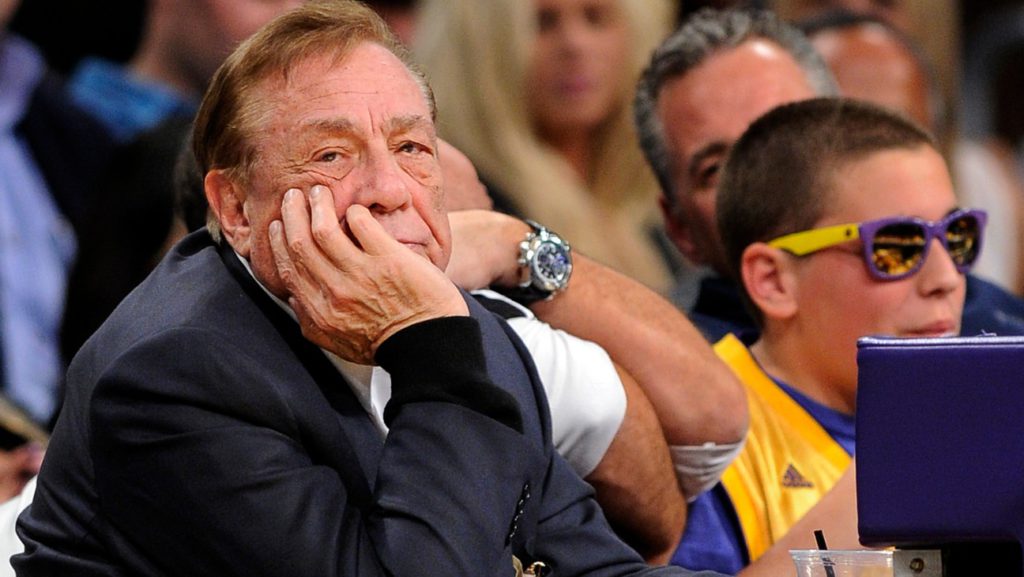 Is renaming a street here or there going to erase centuries of wrongdoing?  Is it going to say to current privileged white people, see what happens when you discriminate?  We desecrate your legacy forty years after you’re dead?  Sucks to be you.  That’s hardly a penalty.  The biggest penalty is education.

To me, it just seems superficial.  What’s next?  Tearing down Washington Monument because our first president was a slave-owner?  Renaming Rupp Arena in Lexington because Adolph Rupp didn’t want black players?  I’d like to see them try that in Kentucky.

Renaming Yawkey Way doesn’t erase history.  I’m not too sure it teaches any lessons either.  So they rename the street to something far more historically sensitive?  Then what?  Tell me what it solves, what good it actually does, and I’ll be all for it.

Unc: No, it won’t erase history, but saying that you shouldn’t do it because it’s not done elsewhere doesn’t seem like a very strong argument to me.  To their credit, the current Red Sox ownership group has been very forthcoming about the team’s racist history – and also explicit in its outreach efforts to fans of all ethnicities.  There is still an undercurrent of racism in this city; just ask Adam Jones.  Celebrating the name of someone who is so closely associated with Boston’s racist history does not make Fenway more inviting for African-Americans.  I can tell you that as a Jew, I would never set foot in Mel Gibson Stadium or Louis Farakkhan Arena, which may be exactly how some people think about walking down Yawkey Way.

Having said that, I do agree that comparing Yawkey to Washington is interesting, as both have done great things in one context but demonstrated deplorable behavior in another.  The difference, I think, is that history has weighed Washington’s body of work and sided (for better or worse) on his merits rather than his deficiencies.  The final judgement on Yawkey is not nearly as clear-cut, and I think it would be completely reasonable to remove his name where the association is so blatantly racist – as it is with the Red Sox.  Keep in mind that the Yawkey name would live on where their money has done good, such as Dana-Farber and the Yawkey Foundation.

So, what would changing Yawkey Way’s name solve?  Mostly, it would make it a lot more comfortable for African-Americans to come to walk down a street that isn’t named after a guy who hated them.

Again, I’m all for positive change that leads to a greater understanding and respect for our differences in this country.  We’re clearly at a crossroads, more so than probably any other time since our childhoods (for the record, people, Uncle Alex is a mere seven years older than me).

I guess I’d just like to make sure all these efforts to change names of streets, buildings, statues and legacies are done with the best intentions at heart to ensure progress is being made, so that we all understand why this is going on. 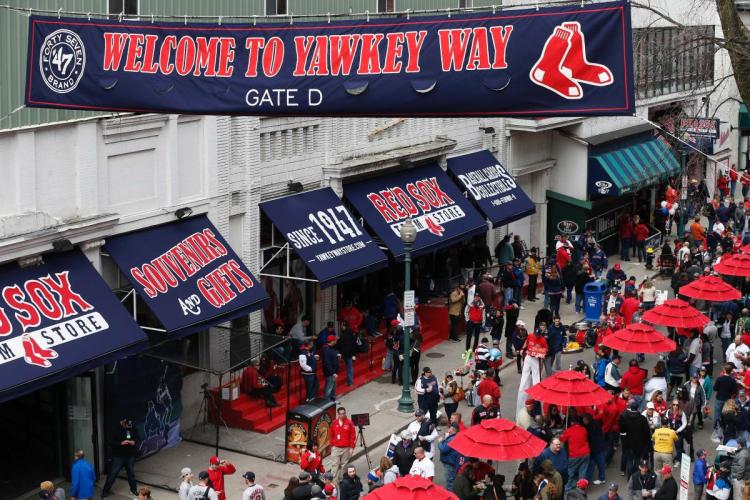 As we recently saw in Virginia, they’re going to meet with plenty of resistance so healthy, constructive dialogue, such as this, will have to be a part of any such change.  Otherwise it’s just painting over a bad canvas and rebuilding on what was already a flimsy foundation.

At least that’s my take, for what it’s worth.  Any final thoughts on the matter?

Unc: Well, I could go into a long treatise on the socioeconomic roots of white nationalism, its eerie similarity to certain other extremist movements worldwide, and how certain unnamed politicians are fanning its flame out of some pathological, narcissistic need for adulation, but I’d rather point out that the Sox just took two of three from the dreaded Yankees.

SC: And we always bring it back to what’s truly important.  Sir, love to the family and thanks as always for reading the site and sharing your opinions.  Until we meet again.

26 thoughts on “Talkin’ Yawkey and the Race to Erase Racism”