I sat watching football games Week One of the NFL season on the only networks that would broadcast them.  That’s because that Sunday was not your ordinary Sunday.  There was a storm a-comin’ and it was a doozy. 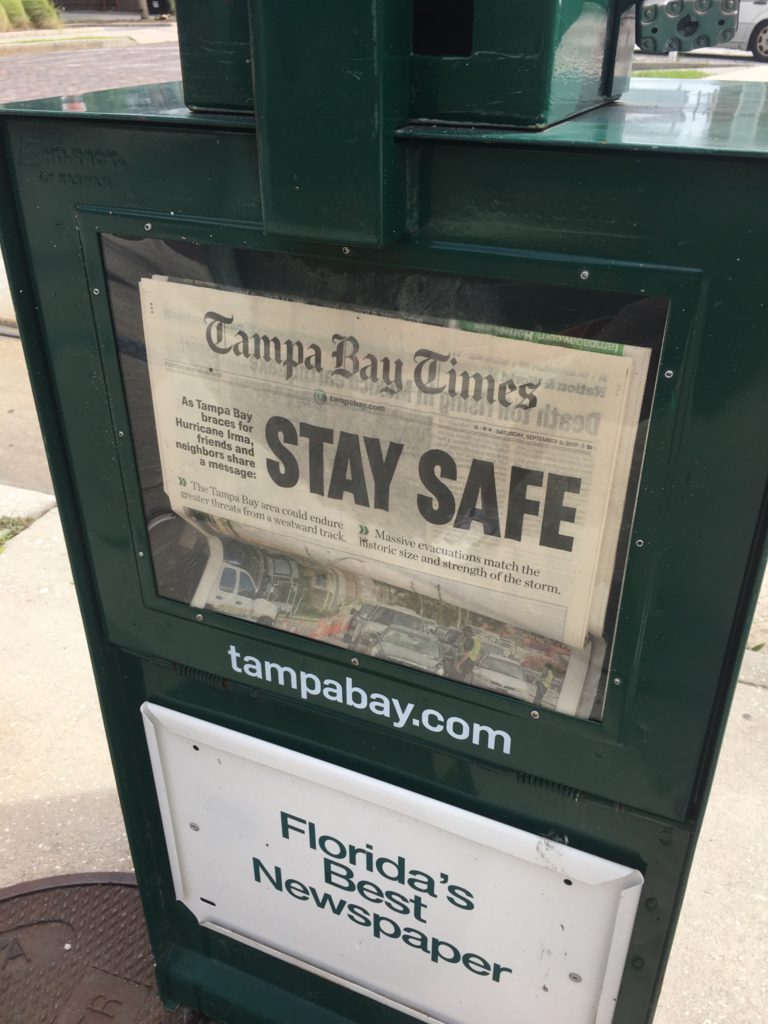 Hurricane Irma had done the unthinkable.  She had adjusted football in the great state of Florida.  All college and NFL games in the state slated for that weekend were either cancelled or postponed.  Most local networks (CBS, Fox) pre-empted games for coverage of the storm.  Football’s important in the sunshine state… but not THAT important.

Still, football fans watched what we could, flipping furiously to find what stations would air the games, if only to take our mind off what was approaching.  It was only a matter of time before Irma was upon us, the damage she would inflict perhaps unprecedented for a state that has seen its fair share of storms.

I obsessed over my fantasy line-ups as I have every Sunday for the last few years as the winds swirled louder outside my window.  It was only a matter of time before Irma touched ground.  She was no fantasy, her inevitable damage unfortunately all too real.  Before she even made landfall, her rains covered the state from head to toe.

Even up to the eleventh hour, rain-drenched meteorologists didn’t know where she would touch ground or how strong she would be when she did.

The water in Tampa bay had been sucked dry.  It was a sight no one from the area had seen before.  We wondered when and how ruthlessly would it return? 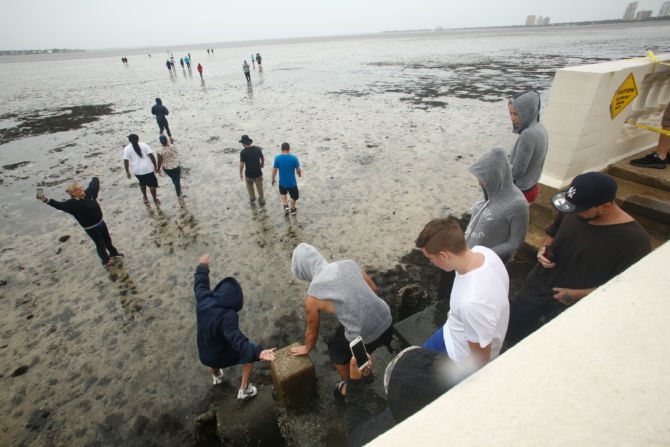 I watched as games took place in Chicago, Green Bay and Dallas with scant mention of the weather in Florida.  Meanwhile, the rain fell sideways.  Family and friends checked in while they still had connectivity.

Irma was so big that, at one point, her outer bands reached another hundred miles in either direction off each Florida coast, her winds doing damage to both Miami and Jacksonville simultaneously.  Pockets of electricity were lost statewide. 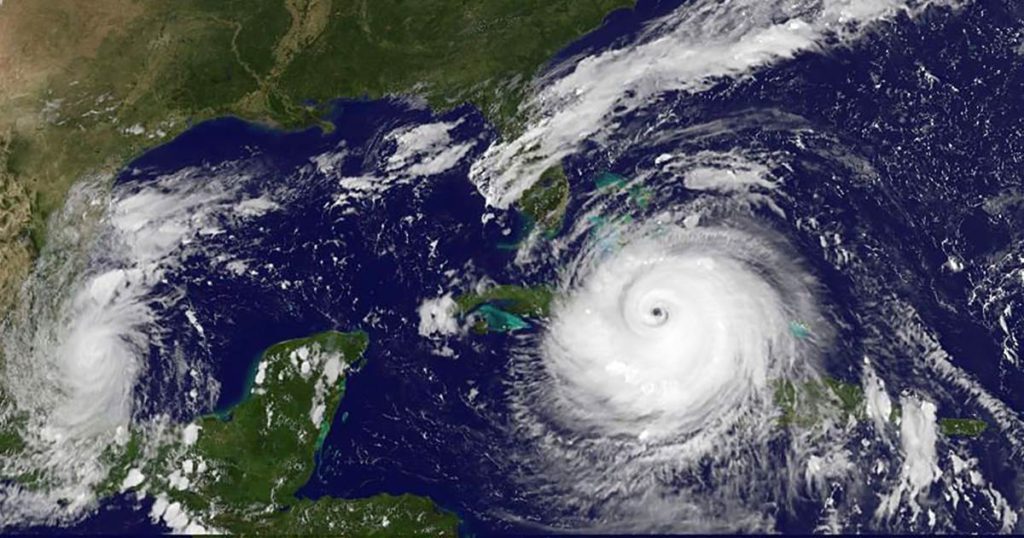 And still they played.  The NFL was a well-needed distraction.

If nothing else, Hurricane Irma, Harvey before her, and now Puerto Rico’s heart-breaking devastation no thanks to Hurricane Maria, have reminded us of how little we are and how big we can be.

Countless called from out of state.  More called from in-state.  Friends posted on social media before and after the storm, checking in.  If they had power, they offered you shelter, water, anything to make sure you and yours were safe.  Despite the circumstances, Irma was a pleasant reminder of the community we can be.  Maria will require a lot more attention.

Days earlier, Florida residents statewide had bought up every last bottle of water, loaf of bread and can of goods in preparation for the worst.  We Floridians know how to prepare for a storm.  One supermarket cashier told me their bottled water delivery had arrived at seven that morning.  By 7:30 am, it was gone. 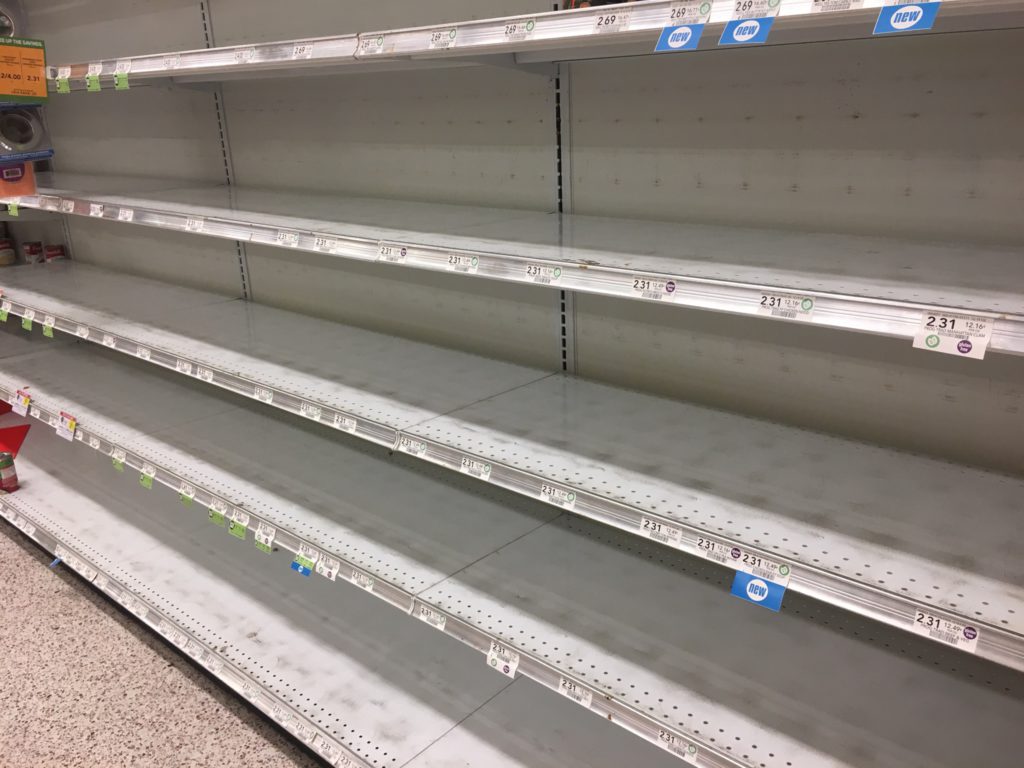 Alas, Irma came and went as well and so did those football games.  The devastation of Maria remains.

The morning after Irma, most of us in Florida woke up without power.  The date was September 11.  It was an ample reminder of what that day meant in American history.  As the sun eventually began to shine, it reminded us what it means to be grateful for what we have and what we’ve lost, how fragile we are and how strong and united we can be.

I have lived in Florida for the last thirty years.  I’ve met some amazing people along the way.  Some transplants, some natives.  And while our beloved state might routinely make online’s most ridiculous people, I wouldn’t trade living here for anything.

I golfed with my good friend, Brotha E, days after the storm hit on one of the only courses we could find not under water.  Originally from Philly, E and his wife eventually made it to Florida where they raised their children.  After a brief stint in Alabama, he and the family moved to Memphis, Tennessee where they’ve resided the last four years.  While sipping whiskey, smoking cigars and hitting the links on a beautiful Florida afternoon, E soaked it all in and confided in me that he couldn’t wait to move back to Florida.  Nice to know I’m not alone in that sentiment.

To my fellow Florida friends and residents, we made it through another one.   Here’s hoping the Island of Enchantment can do the same.