According to Las Vegas, that’s what the odds of California beating Washington State and Syracuse beating Clemson were in the same night.

That means if they played those two games eighty-seven times, the two teams that won that evening wouldn’t do so again for another six or seven years.

That’s what kind of college football season it’s been so far: unpredictability reigns supreme and no team is safe from upset. 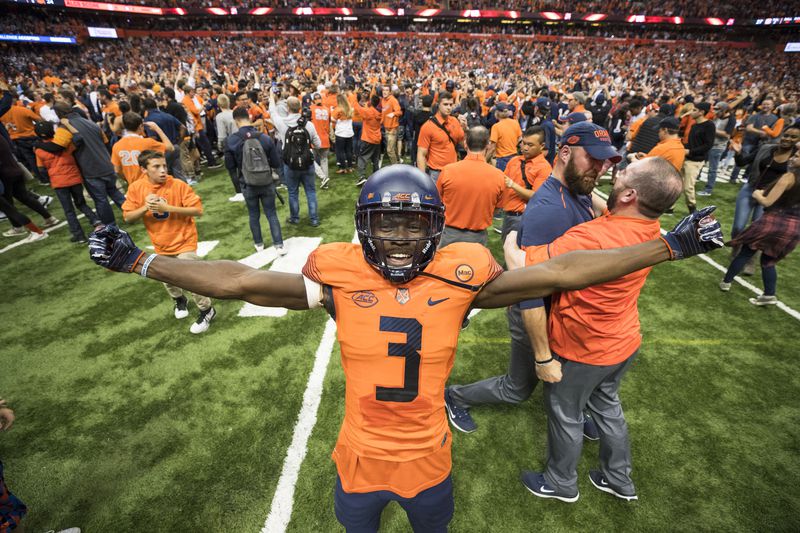 We are in late October and, Alabama aside, we have absolutely no idea which four teams will be playing for a national championship.

That’s where you come in.

With just over a month left in this season, I want to see a) which one of my readers is most in tune with the college football season and b) just how difficult it is to predict this sort of thing.

Your mission, should you choose to accept it, is to list in the comments section below the four schools that will selected to this year’s college football playoff.

Here’s what to do.  List your four teams below in the order you think they will be seeded.  Note: seeding is important as it will also count for a point.  You will receive one point for every team you choose correctly an additional point if you nail their seeding.  As your tie-break, please list the first team left out.

Winner of this absolutely unpredictable college football contest will receive a copy of Gray Levy’s Big and Bright: Deep In The Heart of Texas High School Football.

All entries must be received by noon kickoff Saturday, October 28.