I have a friend who has recently come under an spell of bad Yelp reviews.  He’s actually a fantastic bartender.  He just had an incident or two that rubbed people the wrong way.  It happens.

I bring this up because I was driving around town the other day and needing to mail off some bills.  Since I was in an unfamiliar part of town, I asked my driving companion Siri where I could find the nearest post office.

She kindly pointed me in the right direction but right under the “Go” button showing me how to get there, I found Yelp reviews for this particular post office that weren’t very flattering. 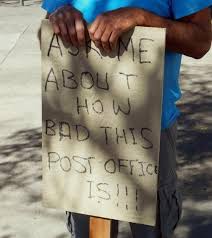 Now, I get that people like to leave Yelp reviews.  It’s become a hobby for some.  Far too often, however, you’ll find Yelpers accentuating the negative and eliminating the positive.  I suppose that’s fine for most establishments… but I got to wondering.  Who the hell leaves a Yelp review for a post office?

I understand that in this day and age, people are attached to their cell phones more than they are their own families.  I also get that Yelp reviews can be helpful.  For example, when I’m in a town with which I’m unfamiliar and looking for a good place to dine, I’m turning to Siri to find me the best local sushi bar.  More often than not, I’ll go to the place that gets the most stars out of five.

We don’t commonly think of post offices as providing a service even though they do exactly that. Heck, I go there just to use the automated machines.  I put the package I’m sending on the scale, enter the destination zip code and voila…  Postage and five stars to you my dearest machine!

Isn’t proximity the sole reason we go to post offices in the first place?  I’m not going miles out of my way to a post office because it serves a finer brand of stamp and if I am avoiding one post office in favor of one farther away, which I can honestly say I’ve never done, how bad must that service be that I can’t just use the machine in the other room to buy a stamp?  Bad machine!  One star! 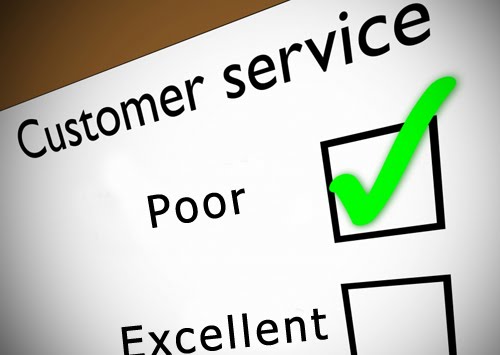 This isn’t Marlins fans leaving bad Yelp reviews of new ownership trading away their franchise player or Steelers fans yelping the league over Jesse James’ incomplete catch.  That would be justifiable.  Don’t people have better things to do than give post offices one-star reviews when in all likelihood the person who left the review was mostly likely the high-maintenance customer?

I hereby propose that we leave people Yelp reviews like we do with Uber drivers.  That way we can know whether the person leaving the bad review is just a serial Yelper looking for a thrill.  In other words, you can give one-star all you want but your one-star carries less weight because you’re a douche.

There was an episode of Black Mirror once that dealt with just that.  (It was a great episode, by the way!)  A woman overly concerned with her social online rating kept getting bad reviews after a string of bad interactions with others to the point where she was no longer accepted by her friends.

That might be a little much.  I am suggesting, however, that we all take a deep breath and realize that people are reading these reviews and quite often their job security could be affected by it.  So, the next time you whip out your electronic device to tear someone a new one, maybe take a deep breath and consider that perhaps it’s your own self you should be reviewing.