For all you Buccaneers fans upset your team kept Dirk Koetter and lost out on the Jon Gruden sweepstakes, I’m here to talk you off the ledge and tell you why you’re better off without him.

Go grab yourself a cup of coffee, take off your Chucky-colored visor and listen to some well-thought out logic.  I hope you’re ready because this might hurt a few feelings.

Plain and simple, Gruden was, and is, a gamble… and an expensive gamble at that if you’re the Oakland Raiders.  This is a man who hasn’t coached an NFL game since 2008.  He may still wake up at four in the morning to break down game film but it takes a lot more than an alarm clock and a kind word to lead a football franchise to a championship.  Buccaneers fans would do well to remember there was absolutely no guarantee that would happen again in Tampa. 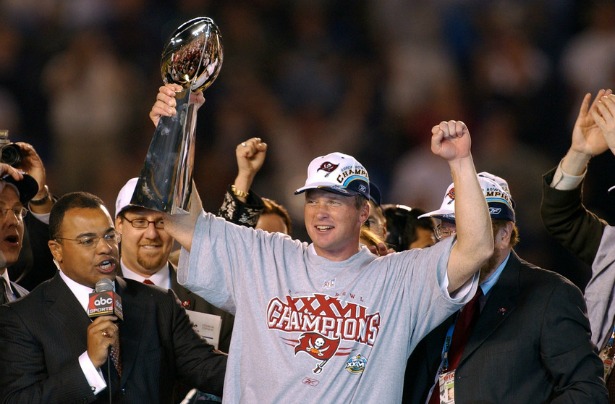 On the flipside, current head coach Dirk Koetter has been with this team for some time now.  Next season will be his fourth with the team and his third as head coach.  This isn’t an organization that has been characterized by stability at the top lately.

Koetter is the fourth head coach the Bucs have had since Gruden.  Raheem Morris lasted three seasons, Greg Schiano and Lovie Smith after him only two.  This will also be Koetter’s fourth season with Jameis Winston who seemed baffled by a lot of new offensive pieces this year.  After a down season, the Bucs are most certainly due to bounce back.  A little consistency might just go a long way in making that happen.  Both Koetter’s and Winston’s jobs depend on it.  Gruden would have been a very expensive Band-Aid, not to mention their fifth head coach in ten years.

With Gruden, it would have been back to the drawing board.  If you honestly believe Gruden would have stepped into One Buc and magically transformed Tampa Bay into a Super Bowl contender as he did fifteen years ago, you’ve been watching way too much ESPN. 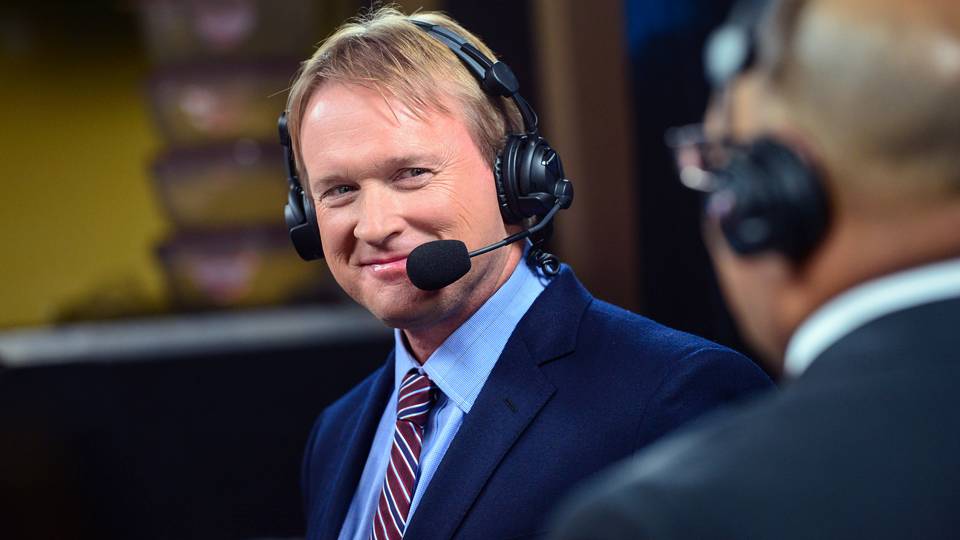 And what if he didn’t?  Imagine if Gruden had come back to Tampa as head coach, implemented things his way and the Bucs ended up losing three out of their first four or six of their first eight?  How long until the boo birds questioned whether all that money was worth it?  Heck, Gruden’s Oakland contract is over half what it cost to build Raymond James Stadium in the first place.  The Bucs are not an organization that spends money unwisely.  They were not about to drop $100 million on a guy who hasn’t worn a headset in nearly a decade, even if he is a hometown hero. Trust me when I tell you they’re right for doing so.

Gruden isn’t stepping into a ready-made Super Bowl team either.  He will have his hands full with the Oakland-soon-to-be-Las-Vegas Raiders; there will be bumps and bruises.  After a successful 2016 campaign, Derek Carr regressed into a quarterback that looked like he didn’t know what he was doing.  I happen to believe that this Buccaneers team, at least on paper, is better than the Raiders and far readier to compete.  Want a sure thing?  Take the Raiders win total (which will be inflated because of Gruden) under next season and the Bucs win total over.  Mark my words.  You can thank me when you cash your ticket.

For those of you convinced that Gruden is the greatest gift to coaching, consider this.  His Bucs won a Super Bowl in a blowout against a team he had pretty good insider trading on considering he had coached them the season before.  If I sat at a poker table and knew everybody’s hand, I’d probably run the table as well.

Take away that initial Super Bowl season and Gruden’s record in Tampa was 45-51, not exactly Ring of Honor material.  Gruden glass half-fullers always tend to forget that his 2008 Bucs finished the season with four straight losses, missing the playoffs after a 9-3 start.  Shortly thereafter, he was run out of town.  They also forget that Gruden’s sole playoff wins in Tampa came that Super Bowl season.  His six seasons afterwards, he made the playoffs only twice and was bounced in the first round both times. 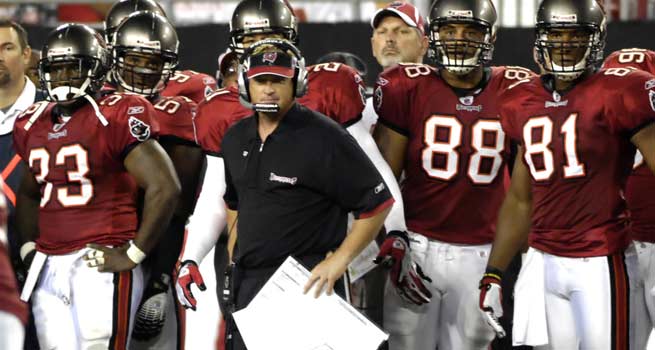 Personally, I have nothing against Jon Gruden.  I just can’t help but think going back to Gruden would be like going back to that girlfriend you had some hot fun with for a while until you rekindle the romance and eventually remember why things went sour in the first place.

You have to hand it to those who have created this image of Jon Gruden as one of the greatest football minds of our generation.  Compared to how many other shitty coaches there are in the NFL, maybe he is.  Either way, Gruden’s marketing team gets an A-plus because there’s not a person around who isn’t punch drunk off Chucky Kool-Aid.

Gruden played it smart.  He bided his time at ESPN and waited to see what the market would bear for his services.  As one faithful reader quipped, he hit the PowerBall.  10 years, $100 million.  More power to him.  I hope he does well.  Odds are he will.

I’m just perfectly okay with it not being in my town.  You should be too.