Stop me if you’ve heard this one before.  Arizona is out of the tournament again, this time losing in the first round to Buffalo.

The University at Buffalo, a mid-major, was the 13-seed.  Arizona, the best team from the Pac-12, was the four.  Arizona was a ten-point favorite.  Buffalo won the basketball game.  It was their first tournament win EVER!

These things don’t happen.  Well, they do.  To Arizona.  This is the third straight season Sean Miller’s Arizona team has lost to a double-digit seed. 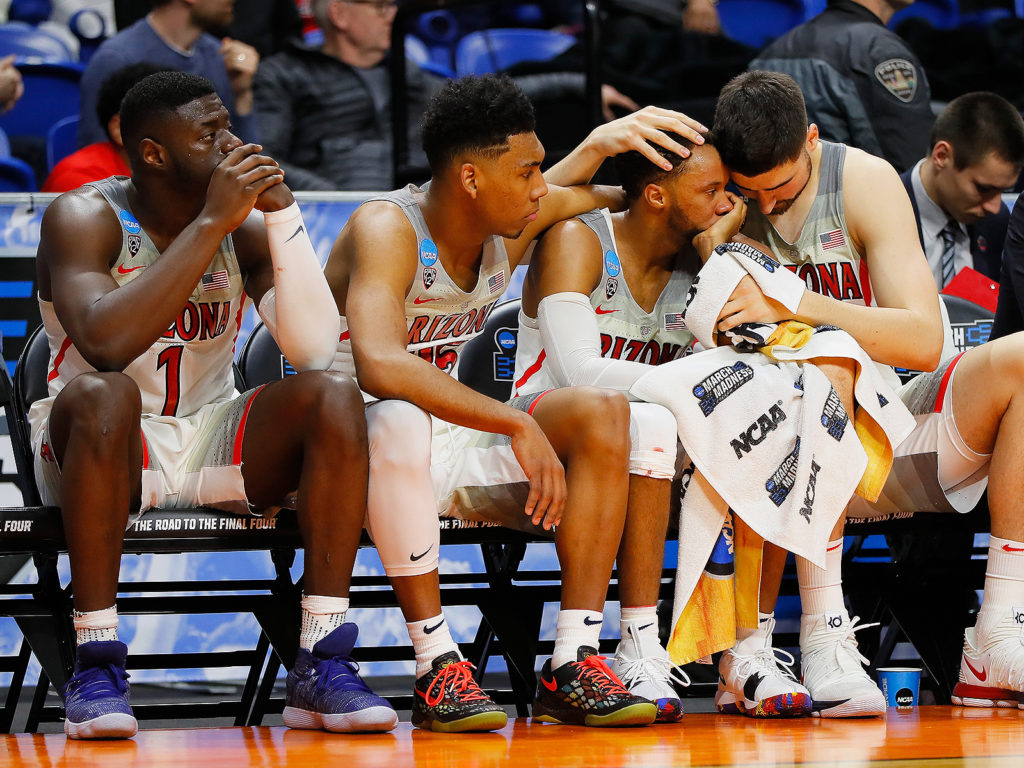 Despite all that, this would have been just another March Madness upset were it not for the news that broke late in the season that Arizona’s head coach Sean Miller had, allegedly, paid his players.  Well, not him, but someone somewhere gave Deandre Ayton a healthy sum of money, rumored to be in the six-figure territory, to come play for the Wildcats.

Oh, and there were FBI wiretaps to boot.  Whoops!

The school stood by their man as Sean Miller did his best Rafi Palmeiro, denying the incident ever occurred.  His Wildcats getting blown out by Buffalo was the proverbial icing on a very stale cake.

Let’s just say that Twitter was abuzz after the game.  Since it’s sometimes fun to wallow in the misery of others, especially when they deserve it, I thought I’d share some of more hilarious Tweets from an evening Arizona would rather forget.

‏This might be worse for Sean Miller than the FBI probe.

‏Sean Miller put his career on the line for this?

You gotta love the fact that Arizona won’t fire Sean Miller for paying players… allegedly… but they’ll sure as shit can him for losing in the first round to Buffalo.

Sean Miller should get fired twice. Once for paying for players and again for never doing shit with them.

The FBI’s punishment for Sean Miller should be making him walk the entire country with a suitcase full of money and refunding everyone’s bracket money that had Arizona in the Final Four. #MarchMadness

I hope Sean Miller kept enough cash to get an early flight home.

Sean Miller after this game: “Any questions on wiretaps?”

Sean Miller should have paid the rims.

The roast of Arizona basketball on Twitter. A March tradition unlike any other.

Congratulations to my friend Nate Oats. Who just lead his Buffalo Bulls to a blowout win over a purchased team in Arizona. Sean Miller not only did you get caught by the FBI paying a player $100,000. You just got your ass whooped by a Mac team. Karma is a bitch!!

I picked Arizona for the Final 4.

My 3 children each picked Buffalo. Because they thought buffalos were cool.