Have you ever heard of Clayton Custer?  How about Donte Ingram?  Ever heard of him?  Marques Townes, Ben Richardson or Cameron Krutwig?  Do any of these names ring a bell?

Okay, now how about Sister Jean?  I bet you’ve heard of her.  That’s because on Loyola-Chicago’s unlikeliest of runs (75-to-1) to the Final Four, that’s what the media wanted you to hear or least that’s all they told you about.

Quick, name the coach of Loyola-Chicago.  I bet you can rattle off Kansas’ Bill Self, Villanova’s Jay Wright and Michigan’s John Beilein but are you drawing a blank on the final fourth?

I’m not the first to criticize national media for its coverage of this team or the over-hyping of its mascot, er… team chaplain.  I’ve heard several media outlets cry foul that Sister Jean got all the attention while the kids doing the actual playing took a back seat.  The boys in that locker room have nothing but love for Sister Jean as they should but I can’t help but wonder, is our short attention span so bad that we can’t handle any other stories of substance and merit?  For example, did you know that Loyola-Chicago was one of the first schools to actively break the color barrier en route to a national championship?  I think that’d be a story worth reporting. 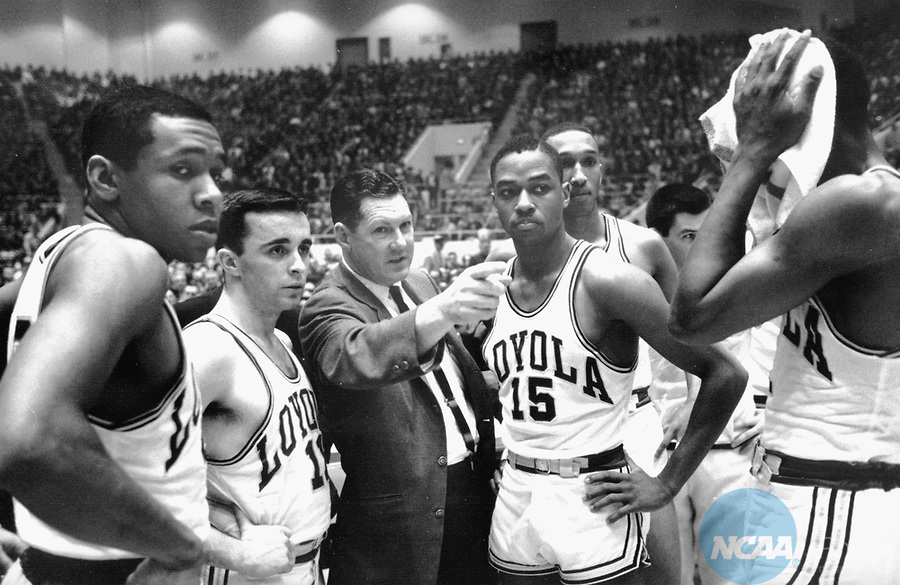 Maybe it’s because this current Loyola-Chicago team lacked star power.  After all, the Ramblers were a team comprised of parity, with five guys scoring between ten to thirteen points a game.  One could make the argument that Sister Jean scored more than all of them.  She held her own press conferences.  There were bobbleheads and t-shirts bearing her likeness.  Heck, ESPN Radio had this poor woman doing soundbites.  Here’s hoping she was handsomely reimbursed for her efforts.  Lord knows the student athletes at Sister Jean U. weren’t.  Honestly, would it surprise anyone to see her on Saturday Night Live sitting alongside Dana Carvey’s Church Lady? 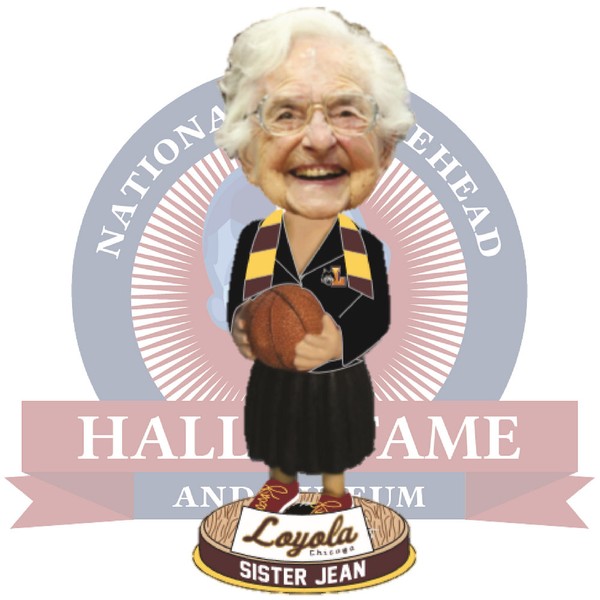 Maybe we the public are to blame.  I mean, if we really wanted to know the story of this young team, we could easily go online and find it.  But shouldn’t this roster move the meter on its own merit?  Was the best story of this tournament really a ninety-nine-year old nun who remembers the last time Loyola-Chicago was relevant?

Maybe she was… or maybe there was a reason for it.

My dear friend and fellow blogger Coach Reese recently wrote that Sister Jean has “singlehandedly resurrected the college game from a number of recent scandals.”  Maybe that’s why we were so enthralled with Sister Jean and why the NCAA force-fed us her piety.  It’s that the sport so desperately needed a thorough cleansing so who better to baptize it than a venerable, hoops-loving nun.

The media portrayed Sister Jean as a modern-day Joan of Arc, who I only reference because I recall her in Bill & Ted’s Excellent Adventure as being some sort of religious crusader, thrust into modern times to save us from ourselves.  (She was, right?)  Were we not subliminally fed the fact that this team did well because God was on their side?  I guess I better get to temple.

Look, it’s a great story that she remembers the team way back when but I can’t help but think the media fumbled in the way they’ve handled all of this.  We’re grown-ups.  We can handle substance with our fluff.  Give us Sister Jean but give us more.

The excitement of the games themselves is the only religious experience we should really need.