I missed an opportunity to make some money all because I didn’t check my service.

Down 2-0 to the Columbus Blue Jackets, I had a hunch the Washington Capitals, a hockey team tabbed with the early exit label, would come back and win the series.

I failed to look at my service the day of Game Three nor contact the trusty Dr. Milhouse to ask what Washington winning that series would return.  With a bad reputation and the public most certainly writing them off, that Caps future would have probably come back at least three times my money.  They had just dropped their first two at home and seemed destined for another early out.

Alas, I didn’t place the bet and Washington advanced.

Futures bets are not for the faint of heart.  You generally have to wait the length of a series, at best, or a season, at worst to collect on your money.  Like all wagers, if they don’t hit, you end up with empty pockets.  They also make playing individual games in that series a risky endeavor.

But the joy of predicting futures, aside from cashing the ticket when they hit, is that you can tell your friends you had it right all along.

For example, my friend and golfing partner Captain White Belt was so assured of a Duke victory last basketball season that he bet me $100 straight up they would win it all.  Clearly that is not the way to wager.  He knows better and is currently paying off his debt to me one greens fee at a time. Duke is the early favorite to win the 2019 NCAA Tournament (+570) even though its entire starting five will most likely be turning pro but Villanova is not far behind (+830).  If you like those numbers, you can get them now from just about any book.  The question you should ask yourself when betting futures is… if and when you can get a better number to maximize value.

Odds are those Duke and Villanova numbers won’t change much.  If both teams get off to 10-0 starts, you’ll inevitably see those numbers drop which means less of a return on your investment.  If they drop a few games in a row though, those numbers will likely increase.  So, when is the right time to place that future bet on a team you like?  THAT is the million-dollar question.

I’m still a Cleveland Cavaliers homer.  Call me old school, blame it on my man crush for LeBron but as poorly as they played this season, it’s still hard for me to visualize an NBA Finals without him in it.  It’s happened the last seven seasons so why not another?

I put my money where my hunch was.  I placed a future bet on the Cavs, prior to Game Seven on the Pacers.  I got them at +375 to win the Eastern Conference and +1400 to win it all, which all things considered is pretty good value, especially considering they beat Indiana and then Toronto in Games One and Two.  Right now, the Cavs are even money to win the East and -800 to beat the Raptors.

So, what’s the lesson to be learned here other than the fact that I’m the smartest man alive?  Futures bets are as much about timing as they are about hunches.

Prior to the series against Boston, the Lightning were -160 to beat the Bruins.  After dropping the first game, that number quickly changed to +160.  After taking the next two, the Bolts shot back to -275. 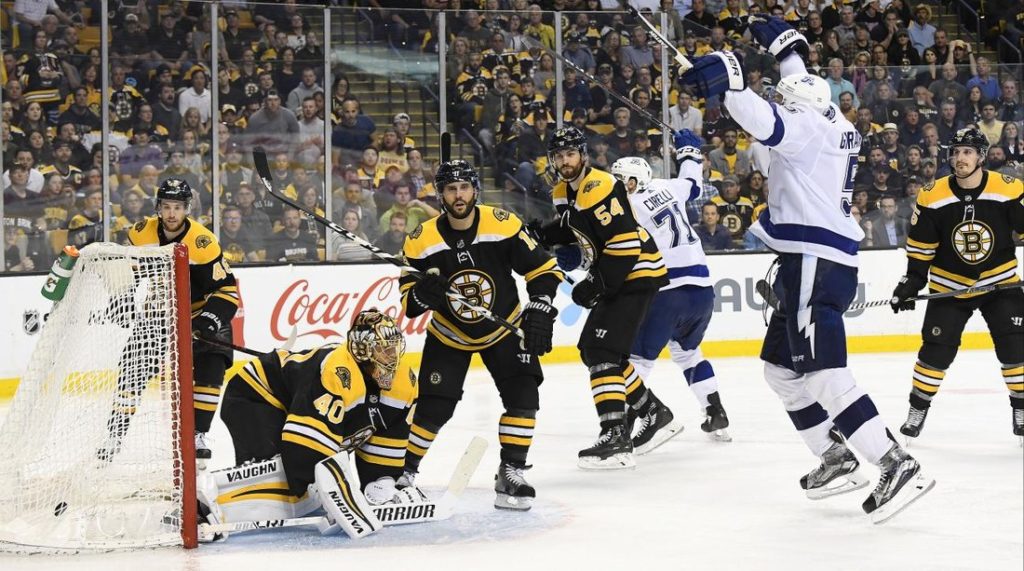 Futures bets are always subject to change as the series or seasons progress depending upon the success or failure of the team you’re wagering.  Two years ago, down three games to one in the Finals, the Cleveland Cavaliers were 25-to-1 to win it all.  We all know how that turned out.

Checking gambling lines every day might make you feel like a degenerate but it pays to be thorough.  If you want preview articles that include lines and odds so that you’re getting the most up-to-date numbers right before each game these guys cover a ton of sports to bet on. You’re not going to find that fancy new outfit on the discount rack just by shopping once a month.  In that same fashion, looking at the day’s lines every morning is good practice.  It doesn’t mean you have to bet them.  It just means you might find something with good enough value to do so.

4 Replies to “Back to the Futures”