I banned a customer, nay, a friend from the bar the other night.

He hadn’t done anything wrong.  In fact, this person is perhaps the most ideal customer a business could want.  He’s well behaved, spends a ton of money, routinely visits and promotes your establishment and even goes so far as to buy the hard-working employees of the bar a drink or two.

No, this person was banned for an entirely different reason.

Every time our beloved Lightning played a game with him watching in the bar, they lost.  In other words, he had to go.

And the amazing part is that he understood.  The last thing he wanted to do was jinx the team.

I only know this to be fact because he watched Game Four of the Bruins-Lightning series right in our Ybor City pub.  As he sat down at the bar to partake in a cider or two, I heard him say something along the lines of “I shouldn’t watch the game here.  They always lose when I do.”  The puck was about to drop.  I had half a mind to kick him out right then and there.

No longer the superstitious sports fan I once was, I put his statement behind me and went about my evening’s work, comforting him that he need not worry.

At that point, our friend, let’s call him Manny Ramirez because nobody would believe that’s actually his name, decided to order food to go.  He had had enough.  It was shortly thereafter that the Lightning tied things up at three.  They must have heard he was leaving.

Upon getting his food, Manny paid his check and left at the end of regulation, only to miss the Bolts win in overtime.  Odd how things work out, huh?  He had left in the nick of time.

When I saw him the following night, I told him there was no way I could reasonably allow him to watch Game Five in the pub.  Begrudgingly, he agreed.

As we now know, this story has a happy ending.  The Lightning won in five games and our dear friend Manny is graciously allowed back inside our friendly confines.

That is until the next time he watches a game there and they lose.  It’s a good thing we’re not superstitious.

Now, for those of you who missed it, here are some of the sights and sounds from Sunday’s most glorious Game Five.

You’ll see a lot of “tongue” commentary which refers to the rather unsanitary moment that the Bruins’ Brad Marchand licked the face of the Lightning’s Ryan Callahan in Game Three.  In the end, however, it was the Tampa Bay Lightning who had last licks. 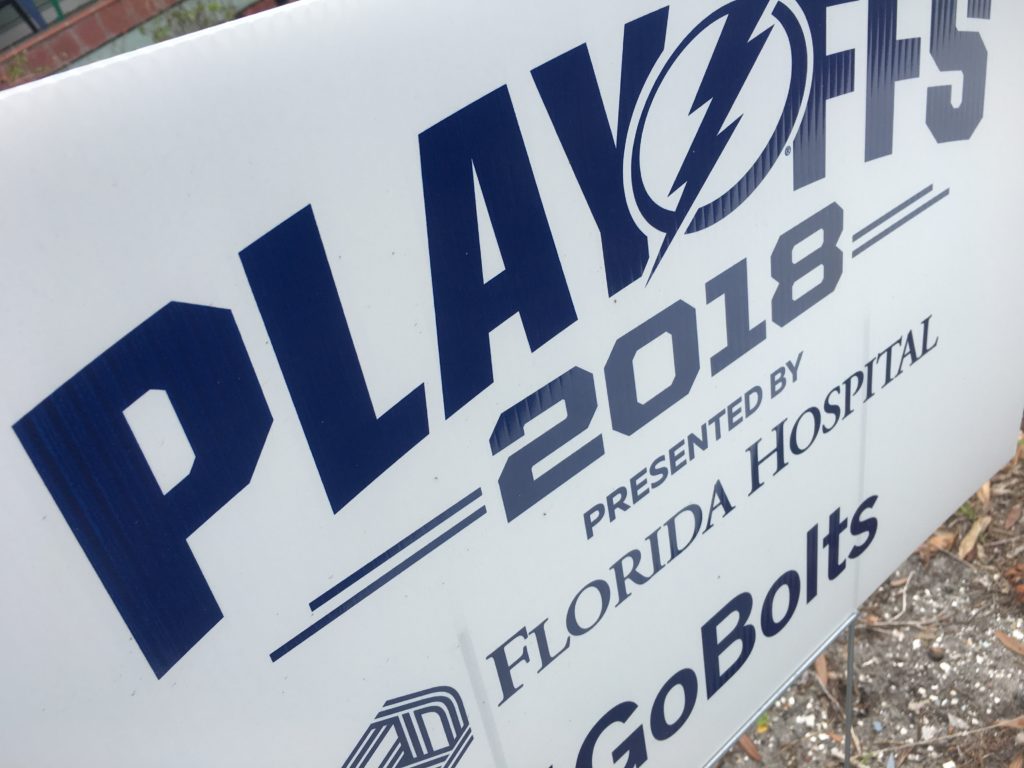 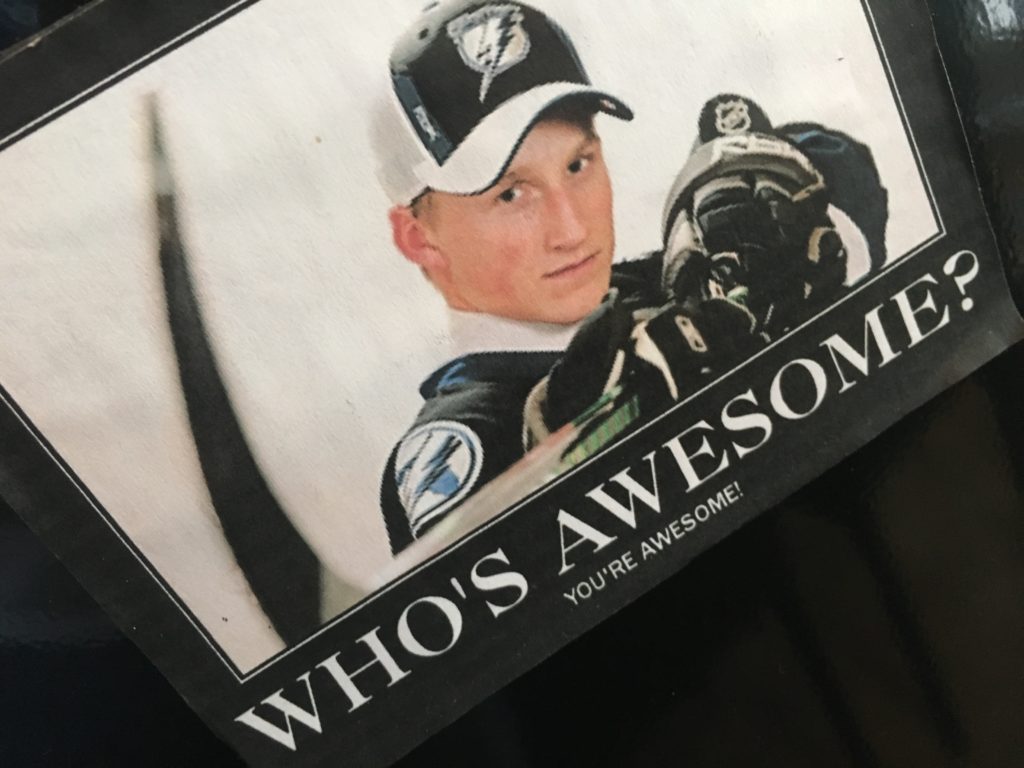 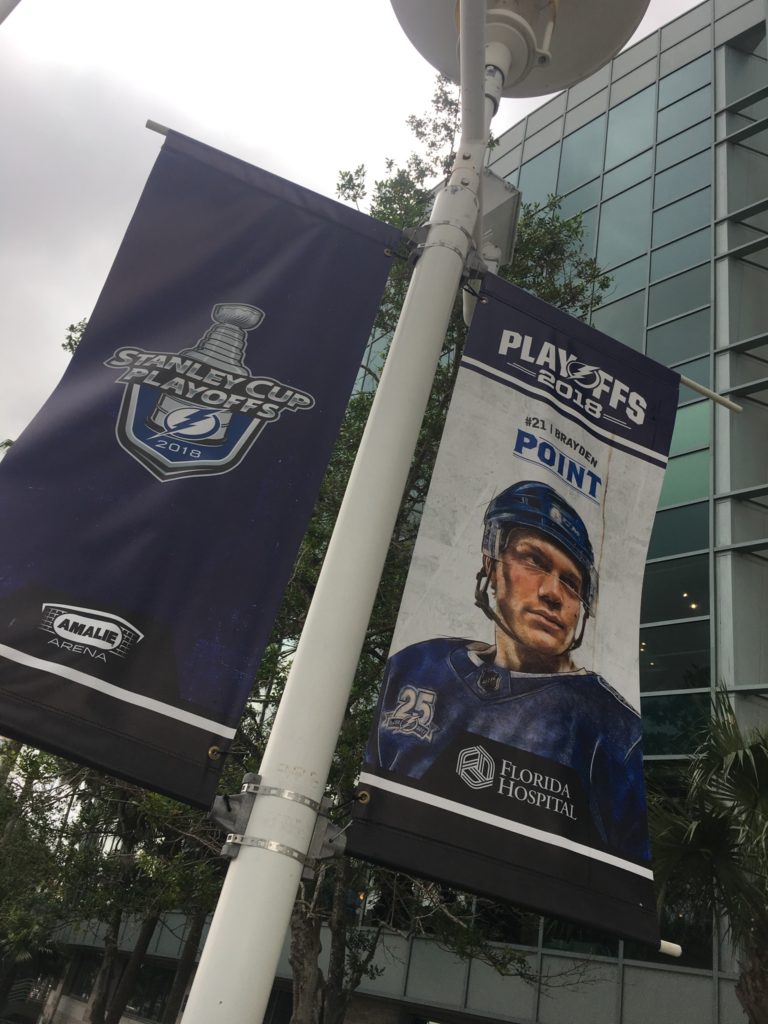 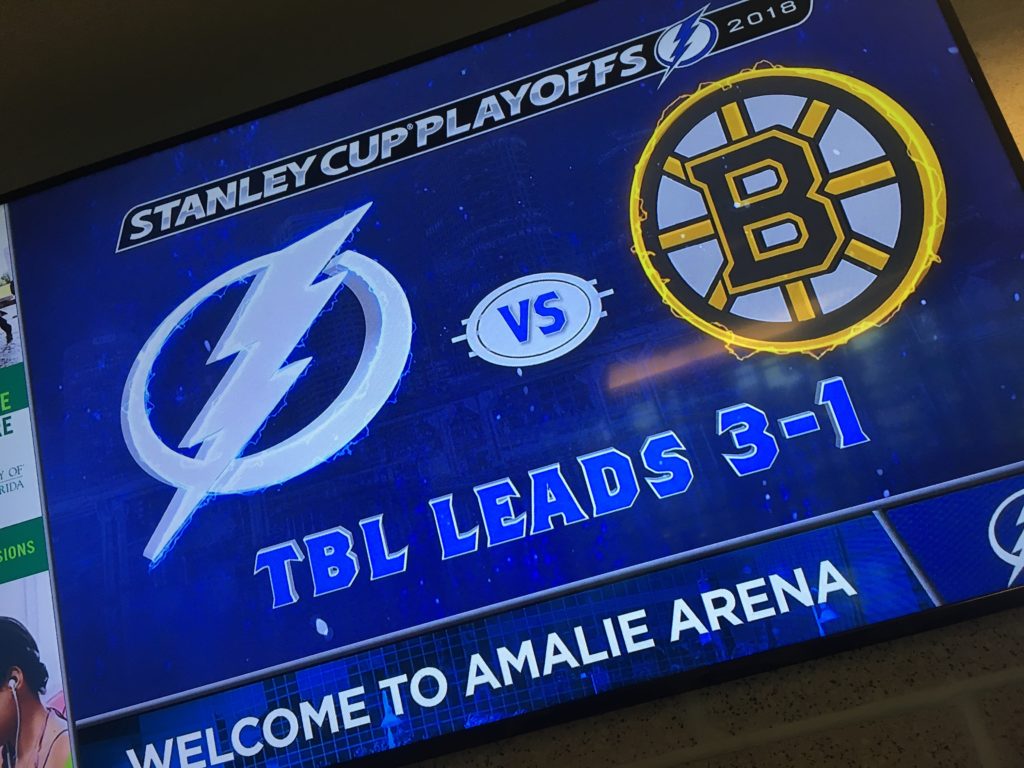 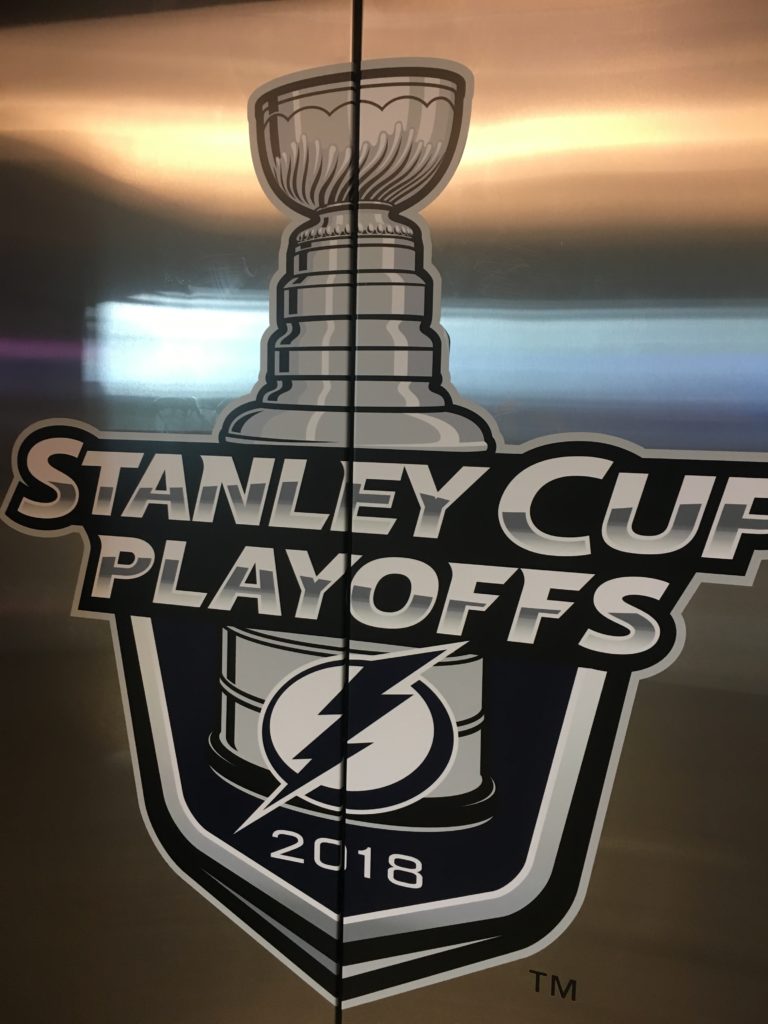 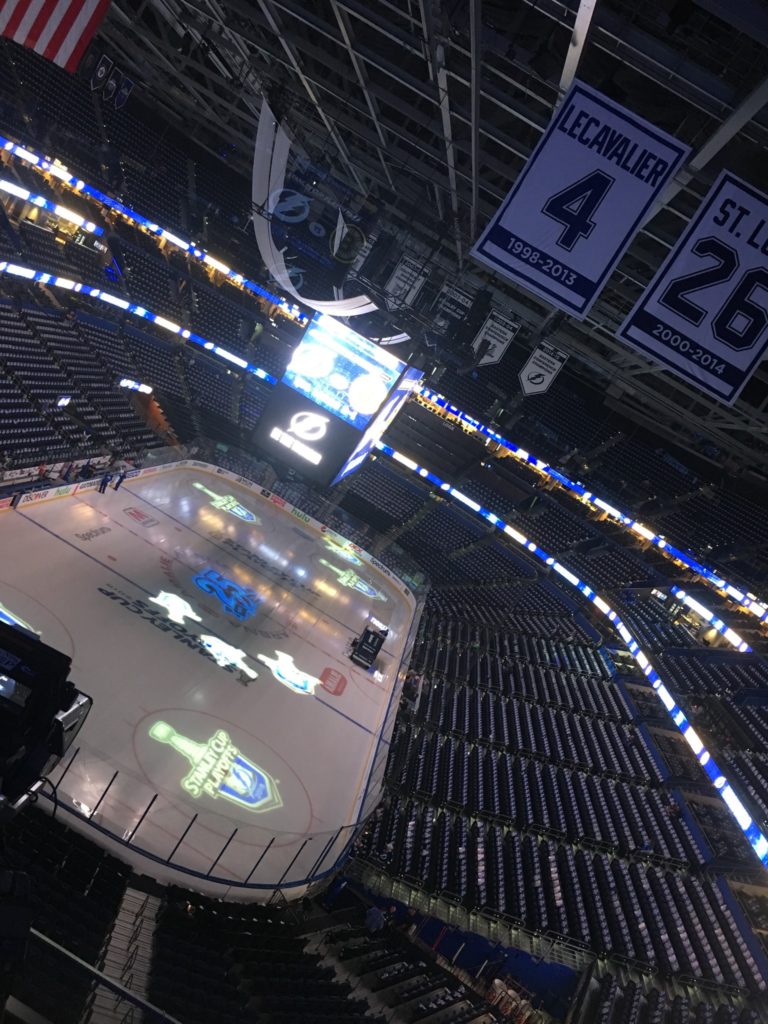 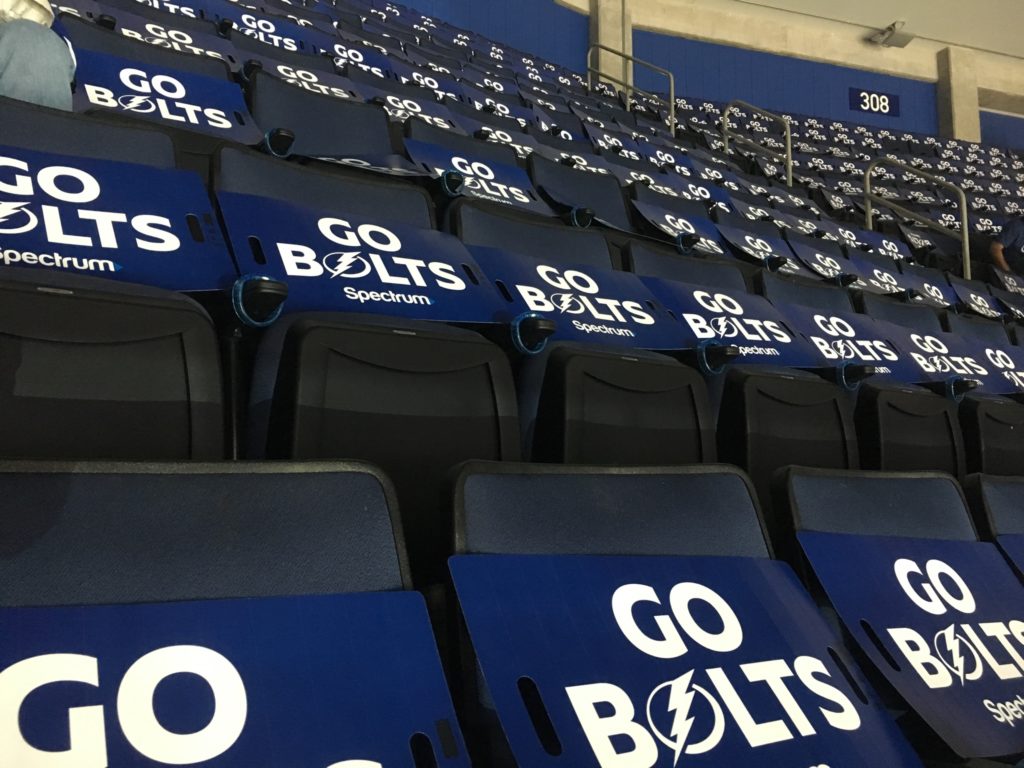 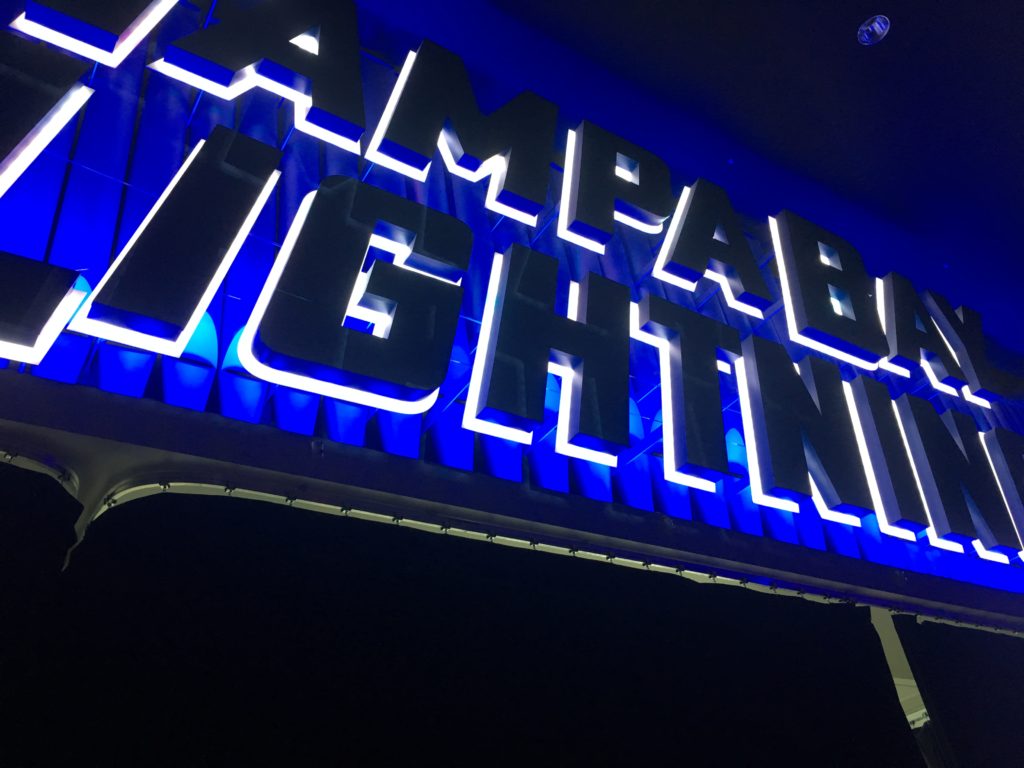 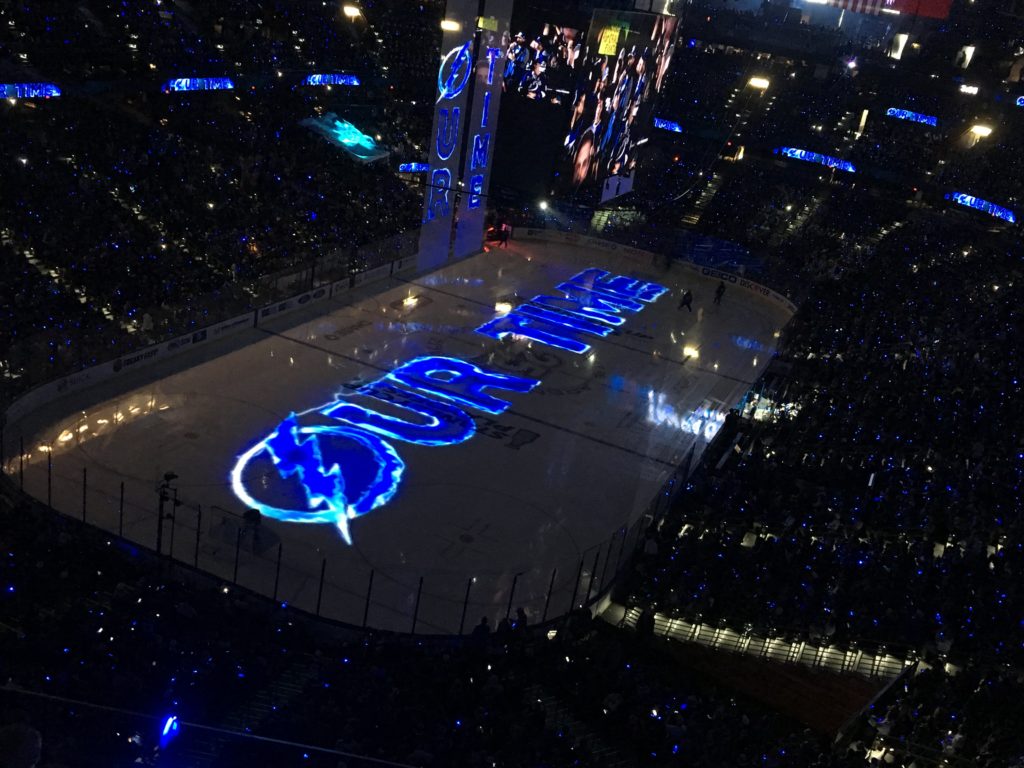 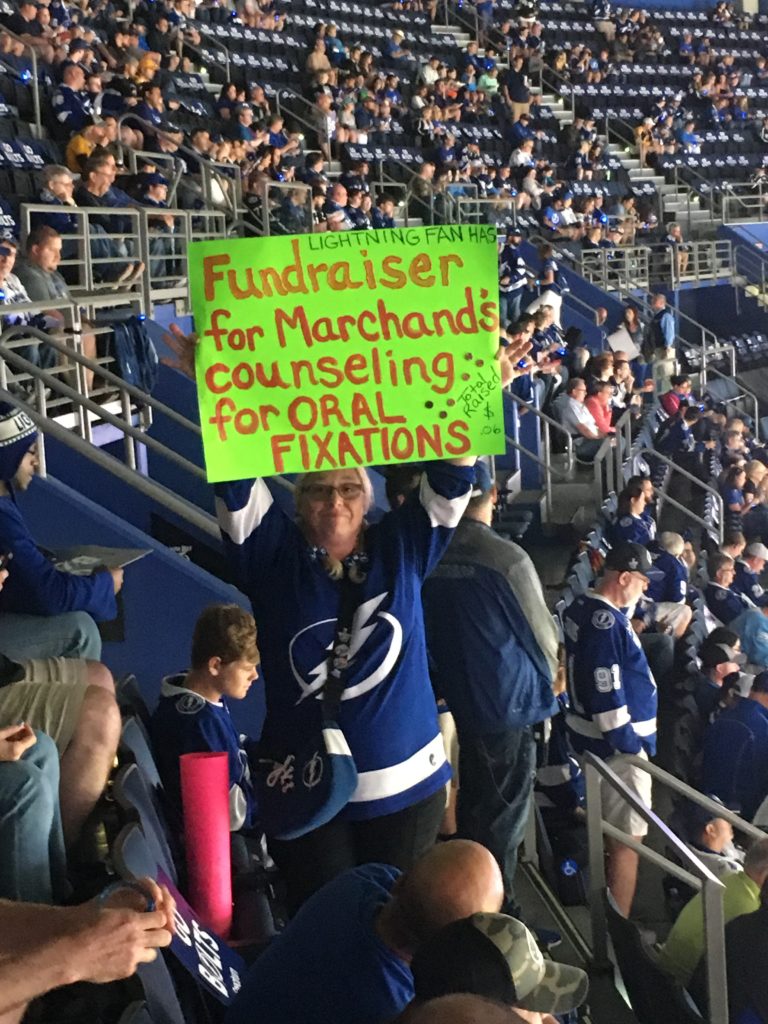 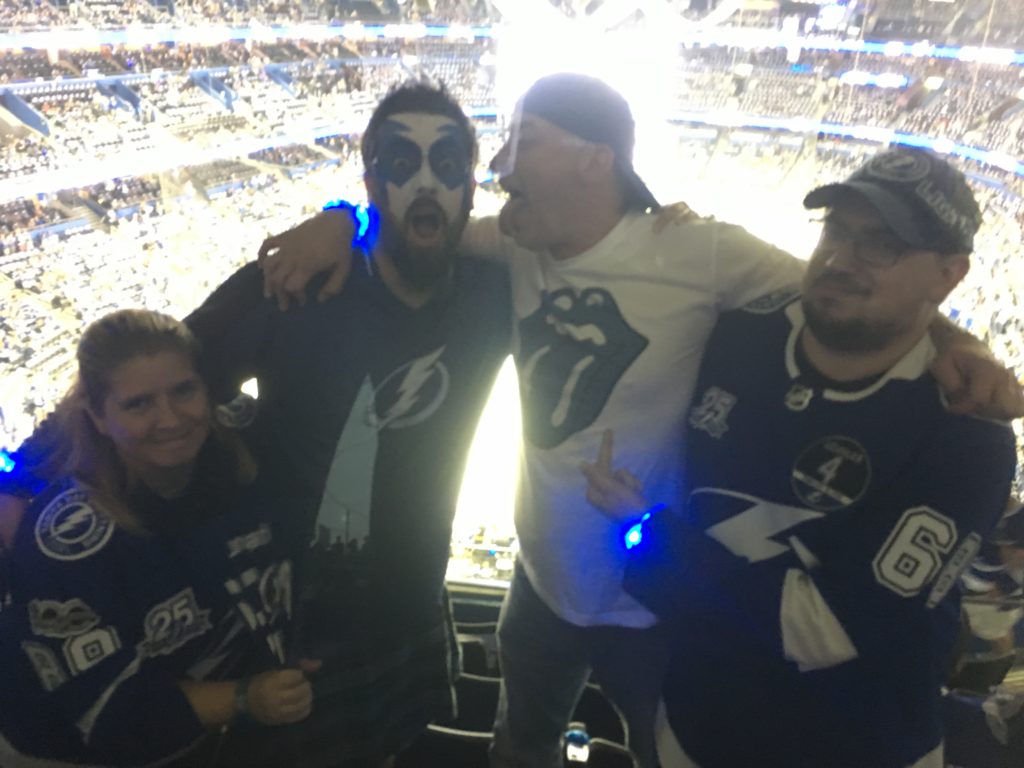 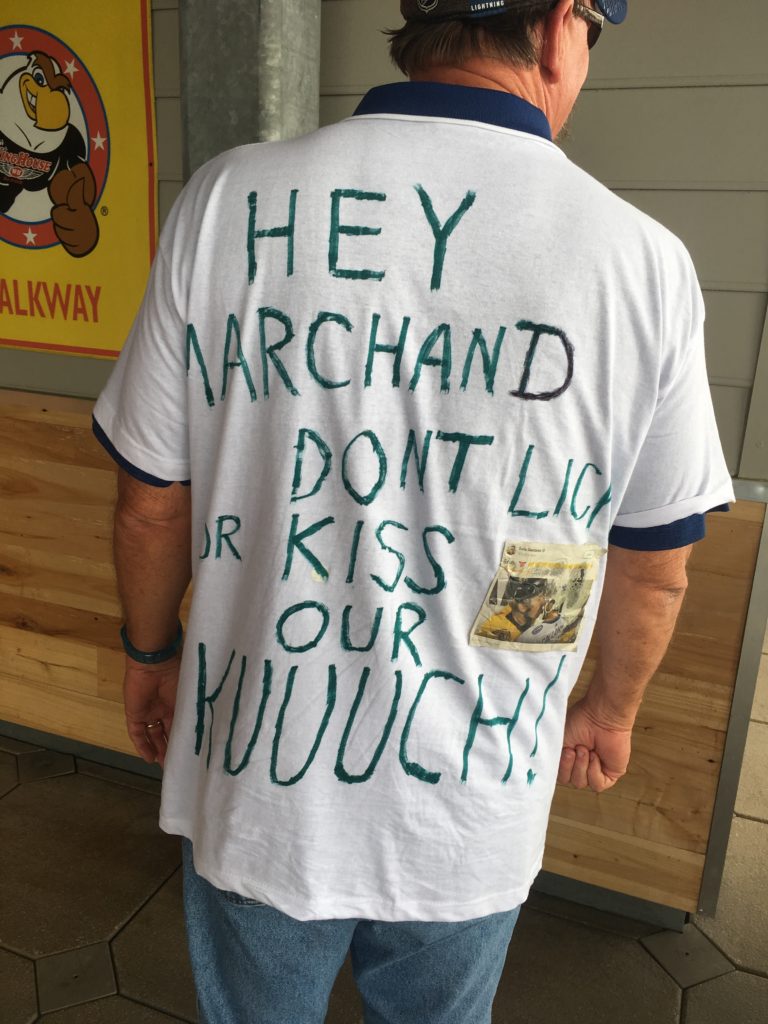 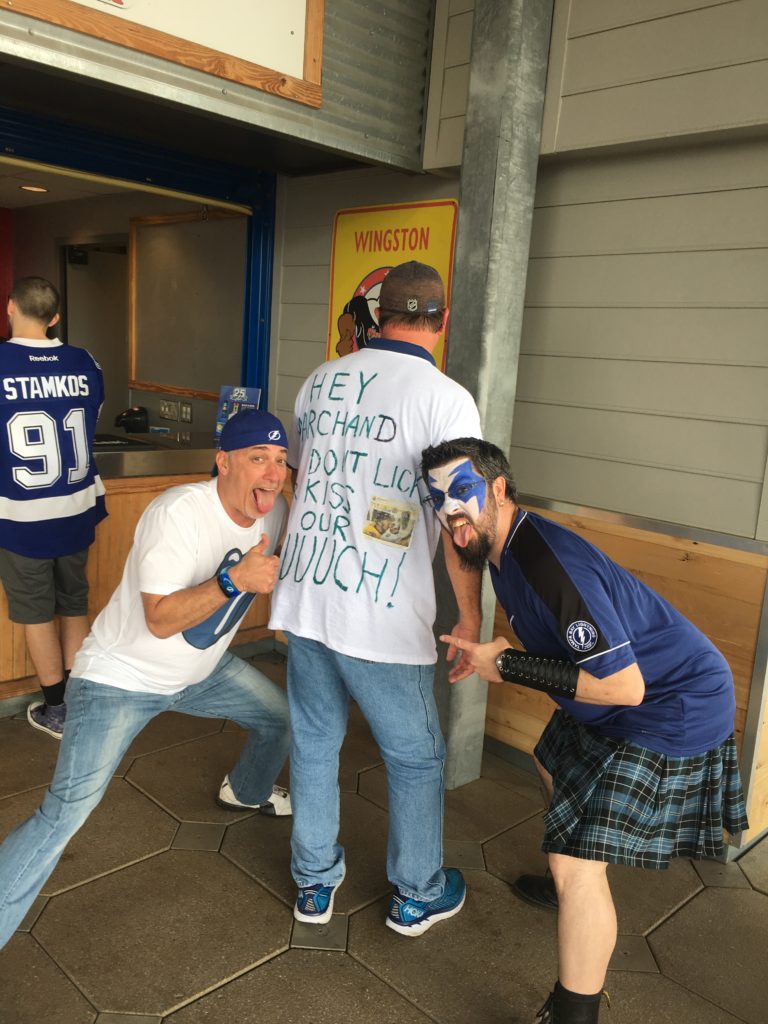 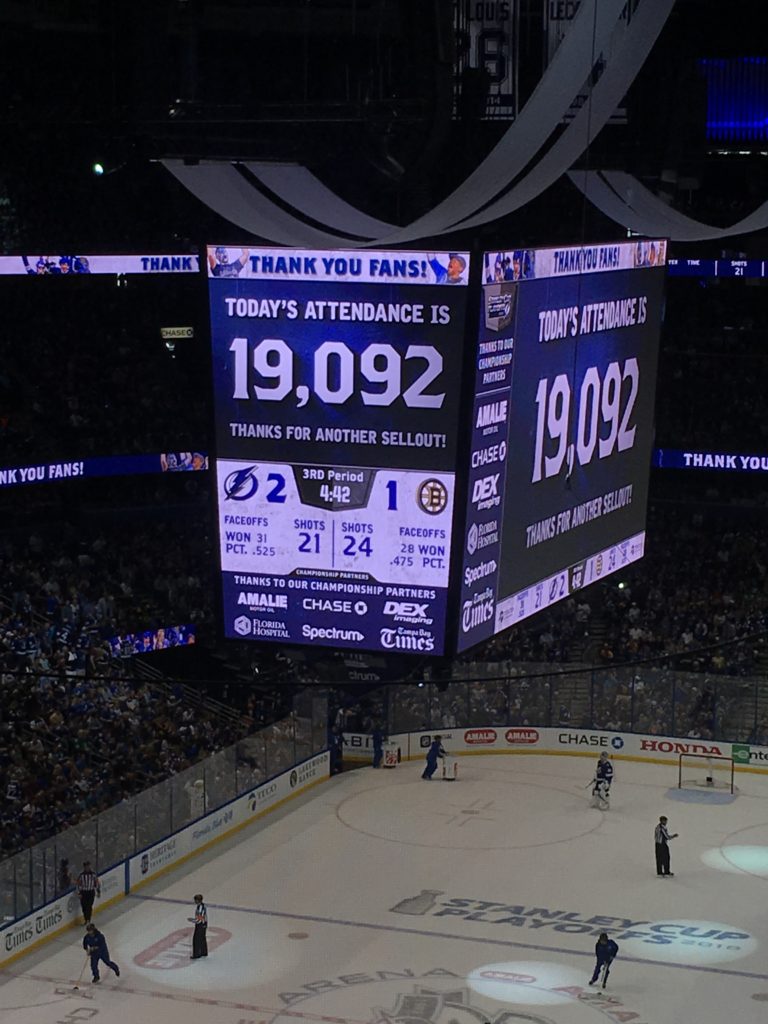 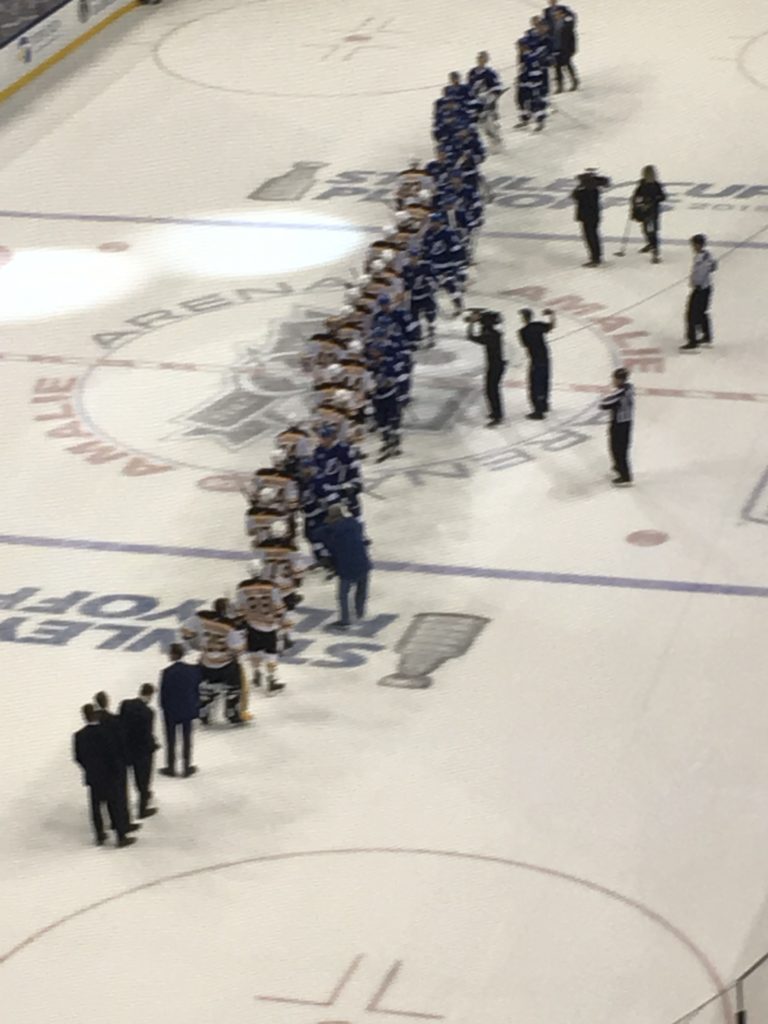 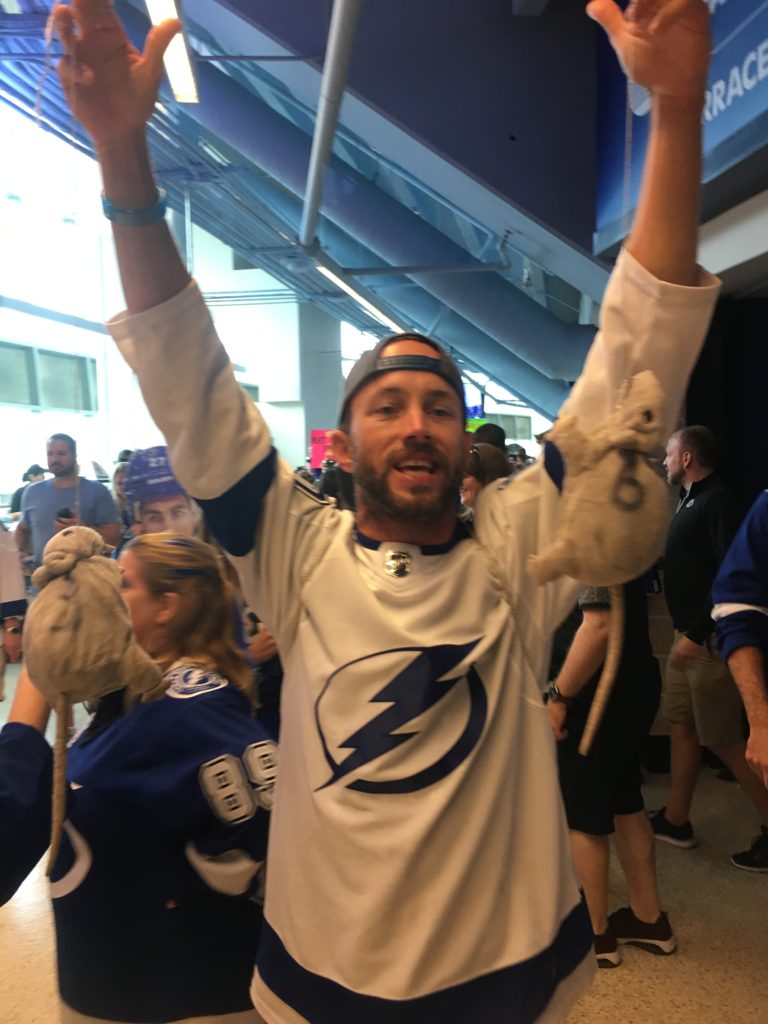 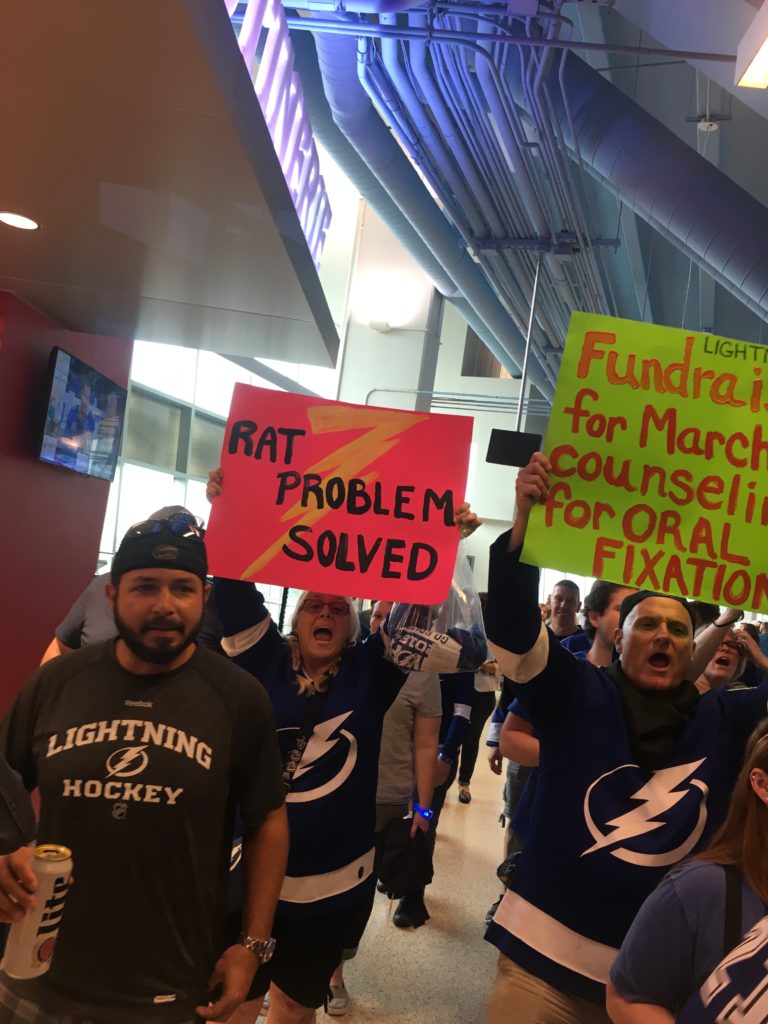 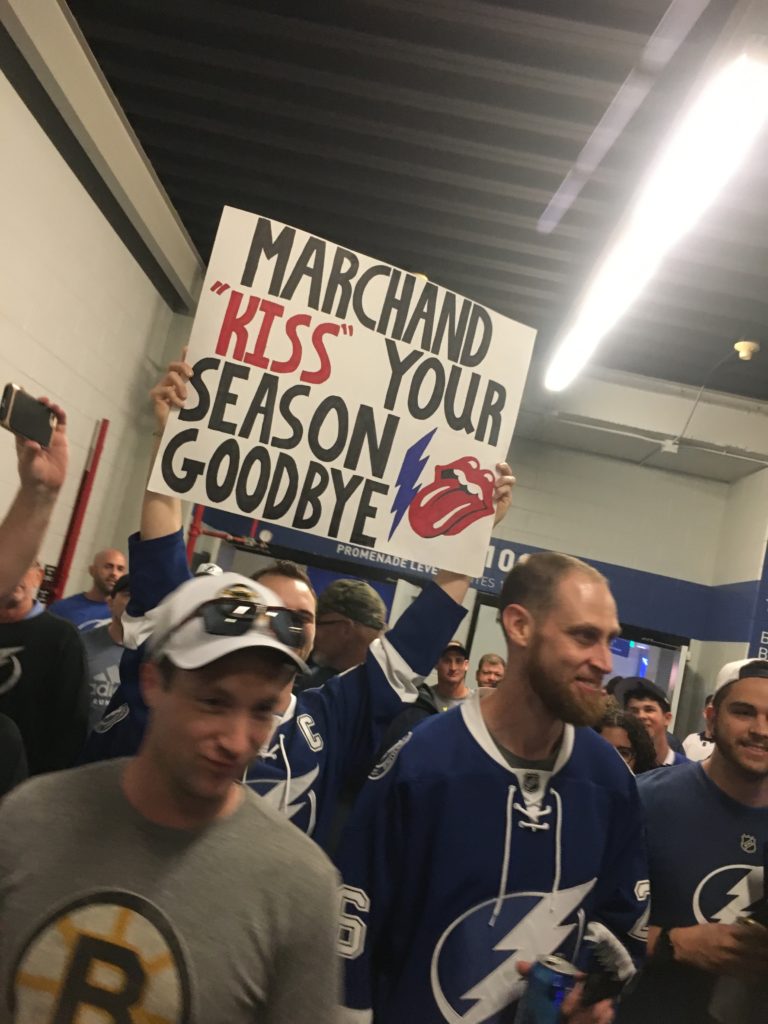 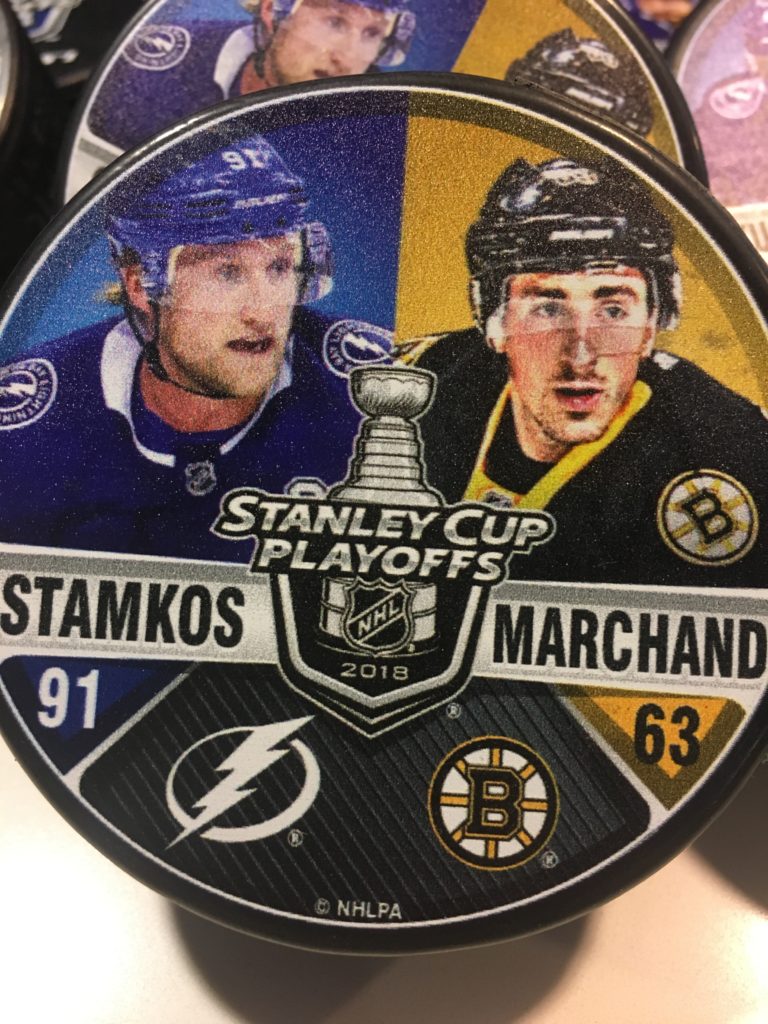 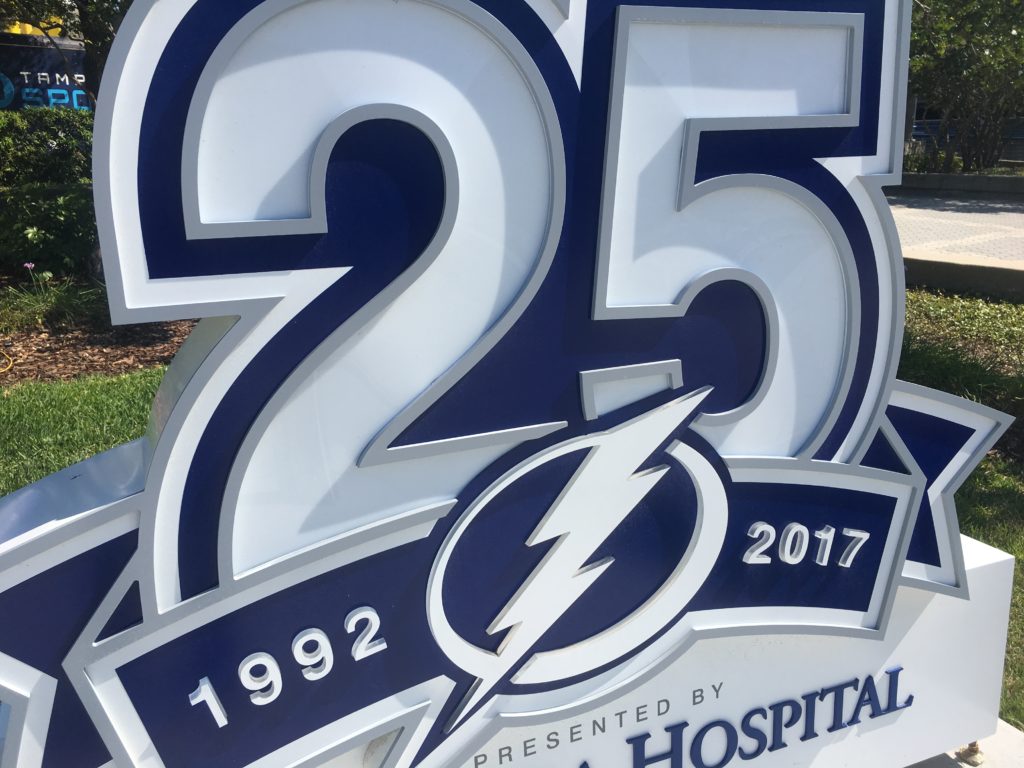 8 Replies to “Sports, superstitions and Sunday’s sights and sounds”