It doesn’t take a rocket scientist to realize the NCAA is a self-serving institution.  It makes countless billions (with a big old ‘B’) off the student-athletes it alleges to protect.

The debate over whether college athletes should be reimbursed for their services with something other than room, board and tuition has come to the forefront.  We can largely thank Ed O’Bannon for that.

In 1991, Ed O’Bannon was the nation’s top basketball recruit.  He ended up attending UCLA and, alongside his brother, won a national championship his senior year.  He was named the tournament’s Most Outstanding Player.  He played in the NBA, drafted ninth by the Nets in 1995 but nagging knee injuries limited a successful career. 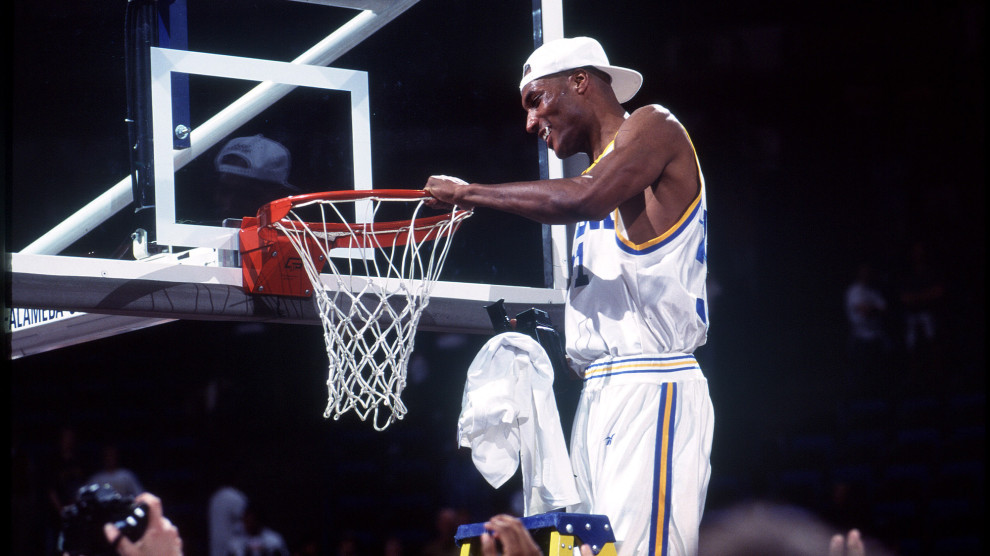 History may remember O’Bannon better, however, for his work off the court.  It wasn’t until he saw a friend’s son playing video games that O’Bannon’s name re-emerged into the public eye.  The boy was playing EA’s NCAA Basketball.  The team he was playing bore O’Bannon’s name and likeness for which he hadn’t received a penny.

Court Justice is O’Bannon’s story, how this all came about, his legal battle against the NCAA and ultimately what can be done to correct a flawed system. 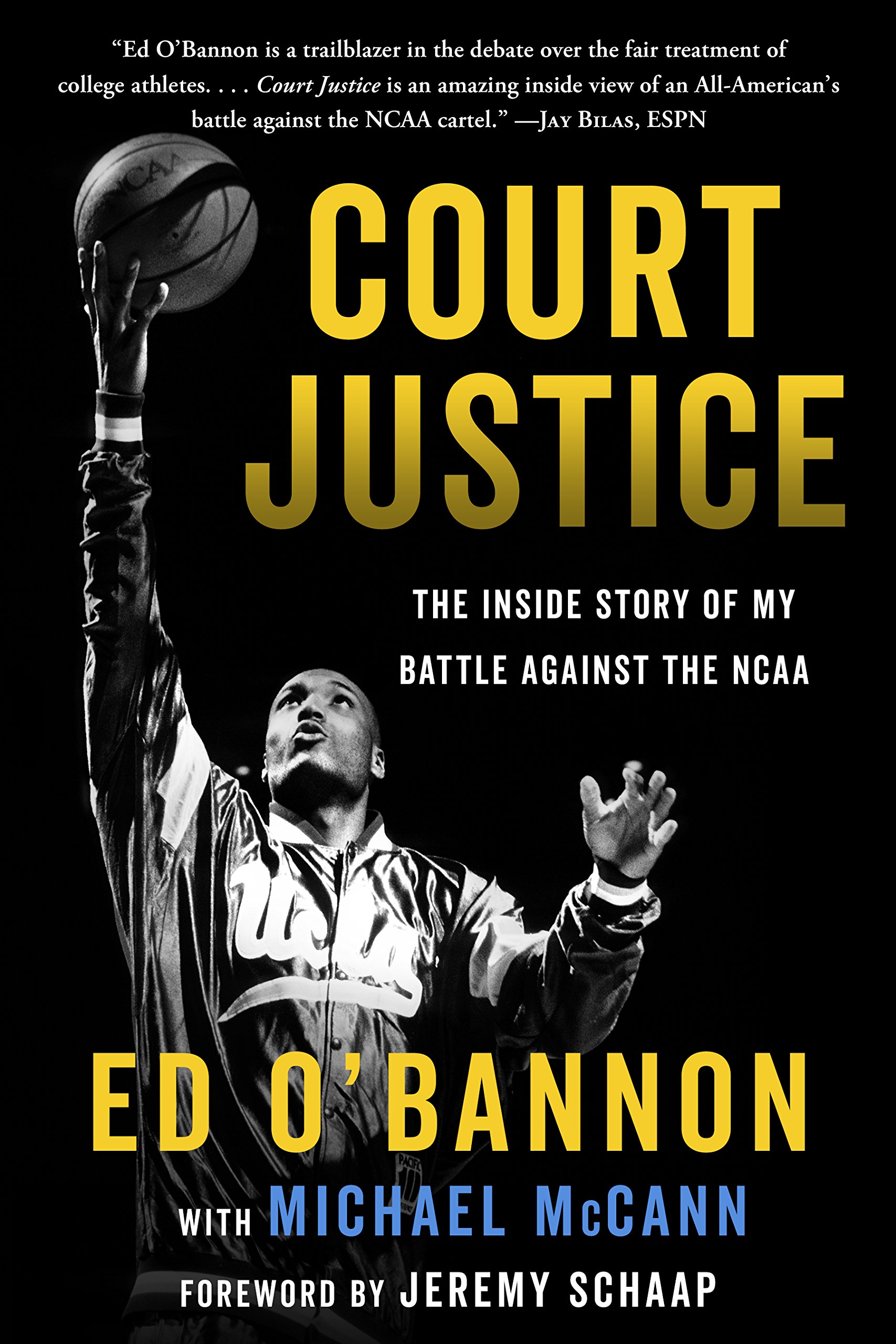 According to O’Bannon, it was Sonny Vaccaro of Nike fame who initially approached him about suing the NCAA.  “This was not just a fight about video games, trading cards, and T-shirts that steal identities. It was a fight about changing the system that made it so easy for that theft to take place.”

O’Bannon received not a penny for his testimony in this trial.  In fact, after playing basketball in the NBA for three seasons, then more internationally, O’Bannon went to work at a car dealership.  While this was a book about money, it wasn’t about the money that he made (or didn’t make).  It was more about the money the NCAA makes off its athletes and how the system is rigged against them.

“I was encouraged to take relatively easy classes so that I could maximize my development as a basketball player.  I was an athlete masquerading as a college student.”  O’Bannon’s testimony flies in the face of the NCAA’s main defense that a) education is fair compensation and b) any further compensation would interfere with said education.  “The NCAA not only allows this framework but, through amateurism, encourages it.  If anything, the NCAA’s system of amateurism was designed to push athletes away from academics.”

Court Justice thoughtfully and logically looks at the system based on one pretty high-profile athlete’s perspective.  While not force-feeding you his opinion, O’Bannon allows readers to debate the issues for themselves.  Although, one must admit, the fact that these institutions made money off his likeliness with him not receiving a penny is borderline criminal.

“Take the typical college basketball player at a Division I Men’s program.  He’ll be commercialized all the time while in college.  He’ll be shown on TV wearing his uniform.  His image will be streamed continuously over the internet and stored in digital files.  If he’s a star, a replica of his jersey will be sold.  College sports generate billions of dollars a year. The NCAA, colleges, commissioners, athletic directors, coaches, and other institutional players all share in the fruits of this system.  The actual players don’t share, though.  Not while they’re in school.  Not long afterward.  Never.”

Jim Delany is the commissioner of the Big Ten.  At the time of the book’s writing, Delany made $3 million a year.  Thanks to television revenue, Delany made an additional $20 million in 2017.  O’Bannon points out that Delany publicly “warned journalists that [O’Bannon’s] case threated to make college sports unprofitable for schools.”

Kind of makes you think, huh?

O’Bannon also reminds us that the lawsuit changed his reputation.  He went from tourney MVP and first round draft pick to “the guy who sued the NCAA over video games” when in his own mind he was only trying to right the system. 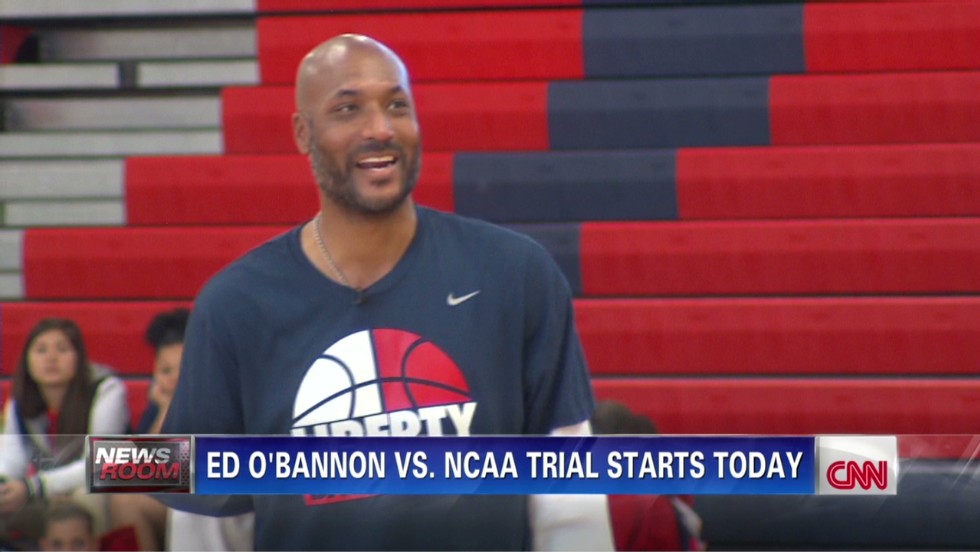 He also makes you think twice about coaches who are trapped in this predicament, wanting to do the best by their players but within a framework that is emphasizes winning over all else.  “Coaches know what they’ve been hired to do.  A coach could be the greatest educator ever of student-athletes. He could be a father figure to young men who didn’t have fathers.  He could be all of that but if he loses, he’s out.”

O’Bannon humanizes his own experience while sharing it with the reader.  A highly touted freshman at UCLA, he tore his ACL, unable to play for the rest of the season.  The news made national headlines.  While in the hospital, he received get well cards from Michael Jackson and Paula Abdul.  He couldn’t help but wonder how many other freshman students would have received the same attention.

You may be old school and think the system is fine the way it is.  You may be new school and think the system is corrupt.  But O’Bannon’s fight raises questions as to the future of college athletics and the way its student athletes should be treated.  Electronic Arts having to reimburse former college athletes about $40 million is a sign that things might be changing.

O’Bannon has become a martyr.  He’s been blackballed from holding any sort of networking or coaching gig that have anything to do with college basketball.  How ironic that his efforts might become what end up changing the sport forever.

O’Bannon doesn’t push his agenda; he defends his argument.  Court Justice promotes dialogue that is sorely needed and debunks myths that have existed for far too long.  It is a fair look at the state of college athletics.  I’m not suggesting you change your mind to think college athletes should be paid.  I’m suggesting you read this book and make that decision for yourself.  That’s all he asks as well.

7 Replies to “Court Justice: The Inside Story of My Battle Against the NCAA by Ed O’Bannon with Michael McMann: A Book Review”